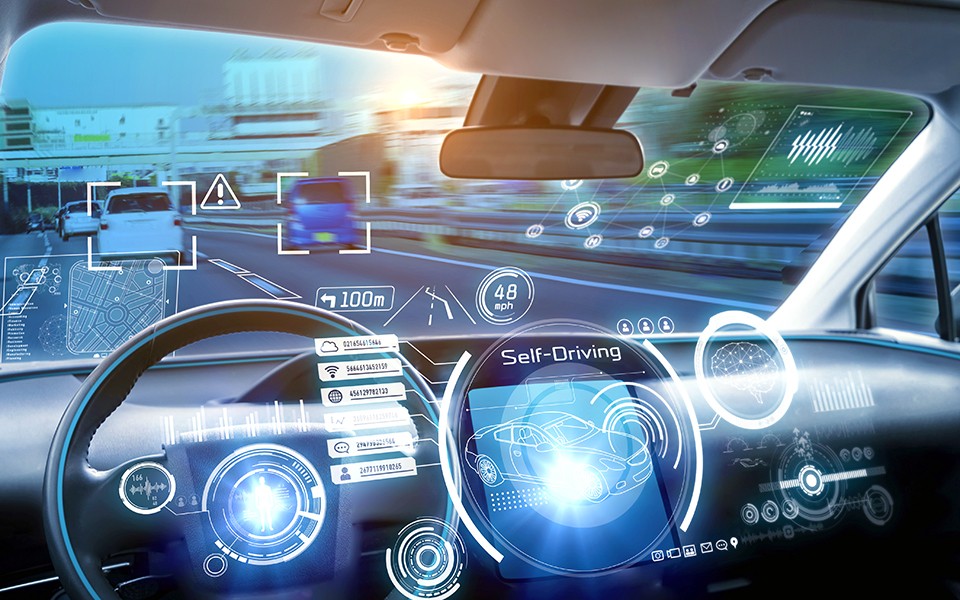 Imagine the convenience of riding to a meeting, party or even the grocery store in an autonomous (self-driving) car. No driver fatigue. Fewer traffic accidents. Greater fuel efficiency.

This experience will occur in the not-so-distant future, as automakers are already testing fully autonomous vehicles.

But driverless cars also come with potential problems like hackers, who can manipulate vehicles to wreak havoc on the roadways. Beyond disrupting traffic patterns, hackers could stop deliveries of essential goods and supplies, or seize control of vehicles for terrorist activities.

“Unfortunately, these problems are a distinct possibility,” says Samir Tout, professor of Information Assurance at EMU. “Today’s vehicles are becoming increasingly more connected. They’re computers on wheels. Hackers can capture signals emitted by vehicle sensors. Autonomous vehicles rely to a great extent on machine learning to know when to turn, accelerate, brake and so on. Hackers can attack a vehicle’s key learning system and seize control of these functions.”

Recognizing these problems, Tout and his Information Assurance and Cyber Defense students are working with industry partners to develop adequate security measures for the coming transportation revolution.

“We want to break down the barriers between academia and industry and put our heads together to solve really challenging problems,” Tout says.

After gaining an understanding of autonomous and connected vehicle systems, Tout’s students then learn about their vulnerabilities (known as “attack vectors”).

A small group of Tout’s students demonstrated their capabilities at the 2019 North American International Auto Show’s mobility-focused expo, held in January at Cobo Center in Detroit.

The students showed how a hacker could intercept and record radio signals from an electronic key fob to break into a car. The students also programmed a remote-controlled car to follow a track pattern, replicating the function of an autonomous vehicle. Then they hacked the car using electronic prompts to make the car swerve off the track or stop altogether. They also demonstrated a method of protecting the car from hackers.

“Eastern will specialize in developing the people who keep autonomous drivetrains secure,” Smith says. “We want to expand our cyber security research capabilities so our students can be key players in industry. The auto industry’s strength 20 years from now will be represented by Eastern cyber security graduates, like the students who displayed their skills at the auto show.”

“Students will apply the concepts they learn in class and engage in experiential learning,” he says. “We’re already doing this with our capstone class. Industry partners share problems with us that are manageable within a semester. Then a student group has a real-world problem to solve by interacting directly with an industry ‘client.’ They can use that experience when applying for jobs after graduating.”

There will be high industry demand for graduates with these problem-solving skills in the near future, Tout says.

“Cybersecurity skills will be vital as students delve further into this new era of technology,” he says. “We’re very invested in using this research to protect future drivers and meet industry needs.”