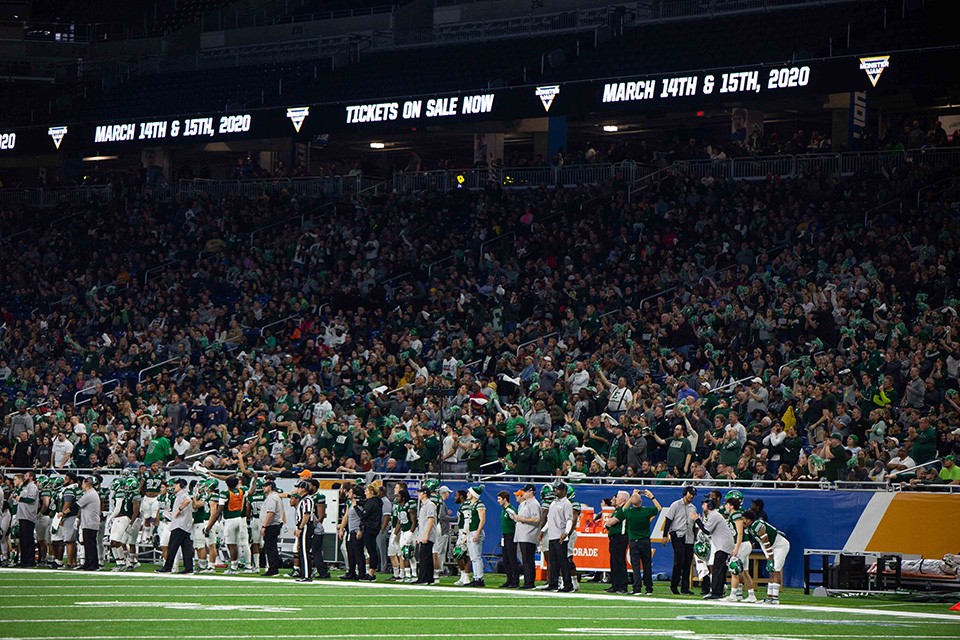 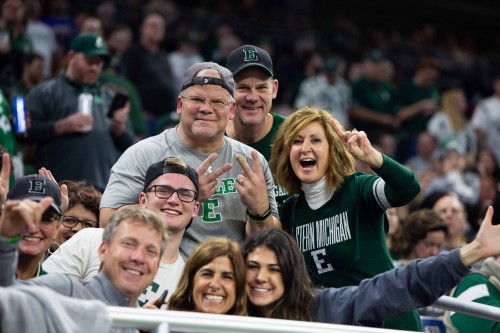 Eastern, which led for much of the game, ended up on the losing end of a 34-30 score following a Pitt touchdown with less than one minute remaining (Last minute touchdown stuns Eagles at Quick Lane Bowl). Eastern amassed 438 total yards of offense against the nation's 11th ranked defense. The game marked Eastern's second consecutive bowl appearance and its third bowl game in four years.

Among the fans in attendance was Dave Wanko, a 1995 graduate from Eastern who was savoring the chance to see fellow alums at a nearby site against a top-notch opponent. Earlier in the day, he had toured the EMU campus and noted its beauty along with new construction such as Strong Hall.

"This is something I've waited for a long time," he said. "This is a perfect opponent to show Eastern in  a great light." 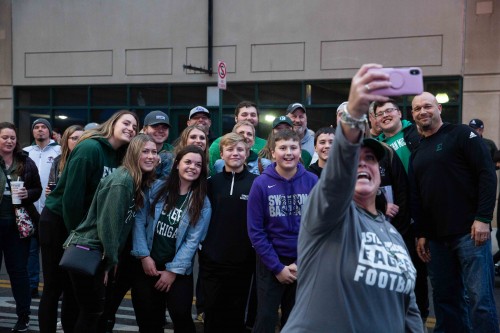 LaTasha Noland, a 2001 graduate from the College of Business, savored the atmosphere in the pregame party as she gathered with hundreds of Eastern supporters. "What could be better than coming to Ford Field and this (gathering)?"  she said. "I'm so glad I came down. I can't believe how welcoming it all is."

Corbin Moore, an EMU senior business major from Waterford who has attended all of the Quick Lane Bowls at Ford Field since it began in 2014, noted that Thursday's crowd was the largest in the game's history. "This awesome," he said. "As a student, it makes me feel really proud competing this way against such a good school."

Gabby Woods, a senior human resources management major from Livionia, was savoring her last EMU football game as an undergraduate and reveled in the grand indoor scene at expansive Ford Field. "I'm just so happy to be here," she said. "I've watch them build up the program, and it makes me proud." 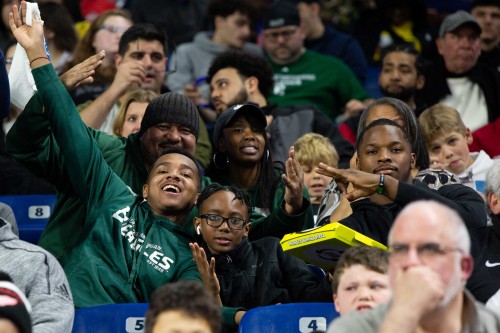 The Eastern Michigan alumni group, GameAbove, helped generate fan interest by offering two complimentary tickets to the University's new graduates at December's commencement ceremony, as well as sponsoring a pre-game party that packed more than 700 alumni, students, faculty and friends into Ford Field's Gridiron Club. The group has donated more than $12 million to the University and to support community initiatives since November 11, 2019.