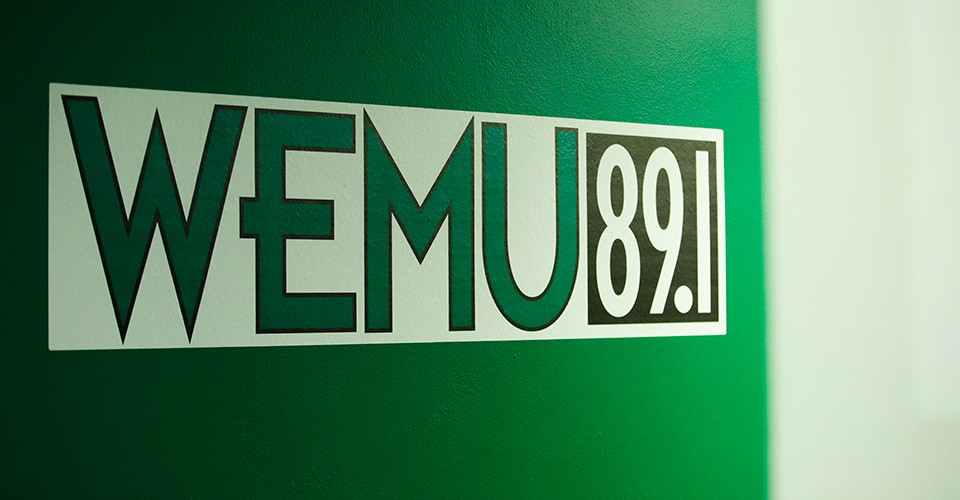 The 2020 rankings, which cover a wide range of entertainment, eating and other elements of Washtenaw County, draw upon reader votes and are a popular feature of the magazine, which is published in Ann Arbor.

WEMU is a listener-supported, NPR affiliate with a format of local news, jazz, and blues, in addition to NPR news, information, and cultural programming.

The station broadcasts to an eight-county area, including all or part of Washtenaw, Wayne, Oakland, Livingston, Lenawee, Monroe, and Lucas (OH) and streams live 24 hours a day at wemu.org.

Current Magazine readers also rated WEMU reporter Jorge Avellan, who reports widely on community and university news, as the top journalist in Washtenaw County. Avellan is a 2020 graduate of Eastern Michigan University's Master of Science program in Integrated Marketing Communications in the College of Business.

EMU graduate Daniel Long, producer and host of The Groove Yard on WEMU, was recognized as the county’s top radio host.

The latest ratings, which came out this past spring, showed that:

• WEMU's share was 4.6, up from 2.2 in the fall and fourth in the local market, which features several major Detroit stations.

• Weekly time spent listening went from four hours in the fall to 6.5 hours this past spring, an important measure of listener loyalty.

• Average quarter hour listeners around the county jumped from 600 in the fall to 1,000.

WEMU station manager Molly Motherwell noted that the voting period in the Current Magazine rankings was May, during the height of the pandemic crisis.

“I think that speaks volumes for the content WEMU was creating and broadcasting with a skeleton crew that was stretched to its limit,” Motherwell said.

“WEMU listeners really came through with financial donations as well.  We had to cancel both of our traditional on-air fundraisers because we didn't think it would be prudent to cover any programming during this critical time.

“So we relied on a combination of on-air and online recorded and dropped in messages, and the response was overwhelming, helping us reach our annual financial goal of $800,000.

‘My favorite part of living in Ann Arbor’

Along with that support came a variety of comments and perspective that reflected listener appreciation. Examples include:

"You cannot put a price on true reporting; it is good to have a reliable source of news."

"WEMU is my favorite part of living in Ann Arbor!"

"WEMU = go-to station for all things local, and the best curated jazz and blues."

"Thank you for keeping the music and local programming alive, especially in this difficult year!"

"WEMU is proving it's even more valuable to our community during these extremely trying times."

Motherwell is not sure when the station might resume traditional on-air fundraising, or if the crisis message will resonate with listeners as it did in the spring.

“But, I think we can conclude that WEMU has definitely been making an impact during this challenging time,” Motherwell said.