Professor and award-winning author Kevin Boyle, the 2021-22 McAndless Professor at EMU, shares his passion for history with the Eastern community 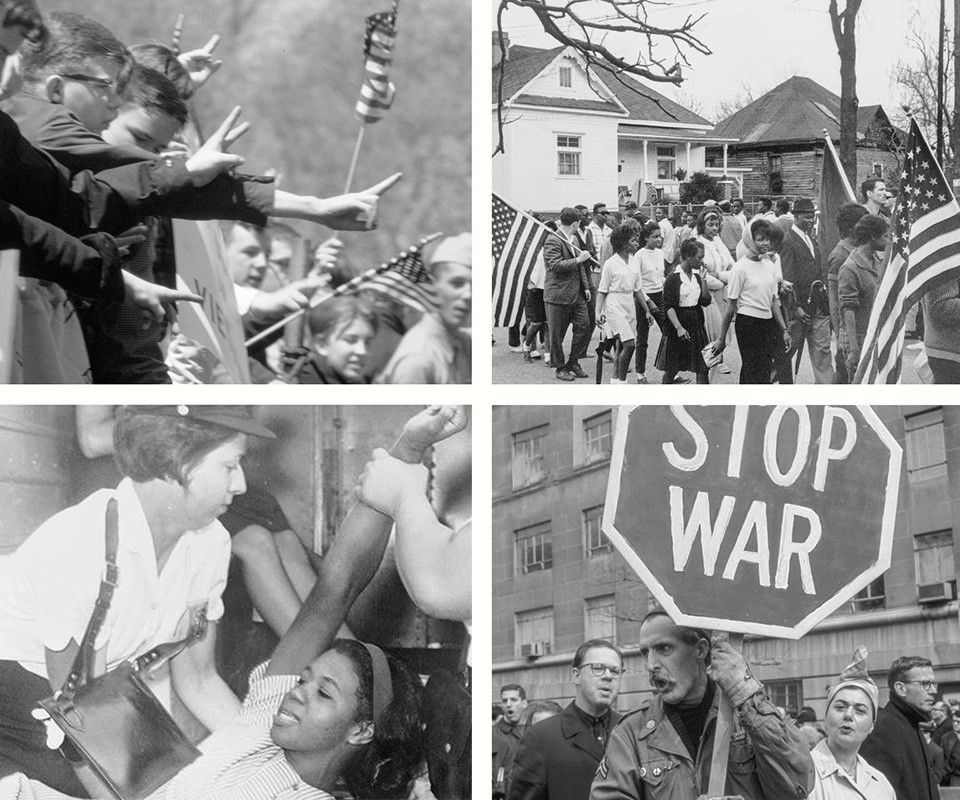 If you thought studying history was just about memorizing the names of dead U.S. Presidents and blowing dust off books in library basements, then you haven’t attended a lecture or workshop led by Kevin Boyle.

“To me, history really matters,” says Boyle, professor of American History at Northwestern University and M. Thelma McAndless Distinguished Professor Chair in the Humanities at EMU for 2021-22. “History is about how we got to be who we are and where we are. For example, our childhood has undoubtedly shaped who we are as adults. The broader experience of our collective past does that, too. It’s not just an abstraction—we know it happens in our own lives.”

Boyle, a Detroit native whose research involves the labor and civil rights movements, is holding a series of lectures and student workshops on the Eastern campus as McAndless Chair. During his most recent campus visit, he focused on the craft of narrative in writing about history. His 2004 book “Arc of Justice: A Saga of Race, Civil Rights and Murder in the Jazz Age” weaves storytelling and scholarship on events that strike a chord with today’s readers.

The book focuses on Dr. Ossian Sweet, an African-American who purchased a home in an all-white neighborhood on Detroit’s east side in 1925. Shortly after moving in under a police escort, a white mob gathered and began throwing rocks and bottles at the home. Shots fired from the home killed one of the whites. The resulting events mark the beginning of the continuing struggle for civil rights.

“Dr. Sweet’s story chronicles a moment when the system of neighborhood segregation in large cities like Detroit was still being consolidated,” Boyle says. “His story continues to resonate because we’re not close to solving the fundamental problems of race in this country.”

The Sweet house is now on the National Register of Historic Places. While working on the book, the present owners of the home invited Boyle over to visit. He says this kind gesture made a huge impact on shaping his narrative.

“I stood in the same front bedroom where the shots were fired out the window,” Boyle says. “When I saw the narrow street and the close proximity of the neighboring homes, I realized how terrifying the moment must have been for the Sweet family.

“After the book was published, I took a copy to the house as a ‘thank-you’ gift to the owner. She told me she felt she’d accomplished what Dr. Sweet never had a chance to do: to raise a family in peace in that house. That was a very touching moment for me.”

Experiences like these are part of what makes being a historian a “dream job” for Boyle.

“I lucked into a job I love,” Boyle says. “As an undergraduate at the University of Detroit, I found my history classes really compelling. I liked the idea of writing as part of my job, and I thought teaching might be fun. As it turned out, I found teaching incredibly exciting and energizing. I enjoy connecting with really smart, engaged students. They’re the ones who make the class click—not me. It’s also very rewarding to write something that connects with readers.”

“Arc of Justice” won the 2004 National Book Award for nonfiction. Boyle’s most recent book, “The Shattering: America in the 1960s,” appeared in October. It chronicles how ordinary people drove fundamental changes in American society over race, sex and war.

Boyle will return to Eastern in January to deliver a lecture titled “Civil Rights History on Film” and lead a student workshop titled “Translating History into Cinema.”

“EMU and its history department have been amazing hosts,” Boyle says. “People have been engaged with the lectures and it’s been so much fun to connect with Eastern students, who are terrific. Eastern’s faculty are also an incredibly talented and impressive group of historians. I’m very grateful for the experience.”

Visit the M. Thelma McAndless Distinguished Professor Chair in the Humanities web page to learn more about Boyle and his upcoming lecture and workshop.