YPSILANTI – The Carnegie Foundation for the Advancement of Teaching has again recognized Eastern Michigan University for its deep level of community engagement, designating EMU as one of America’s colleges or universities that excel at interacting with their surrounding communities.

The Carnegie Foundation for the Advancement of Teaching, founded by Andrew Carnegie in 1905 and chartered by an Act of Congress in 1906, is a highly regarded independent higher education policy and research center.

Of the more than 4,500 public and private four- and two-year degree-granting colleges and universities in the U.S., only 240 received the Carnegie Foundation’s 2015 Community Engagement Classification. That group of 240 campuses joins 121 institutions that earned the classification during the 2010 process.

“Community engagement is one of the hallmarks of the University’s mission and success,” said Susan Martin, Eastern Michigan University president. “We believe the essence of a great, historic 165-year old public university is to create well-educated citizens who give back to their community.

“The University has long promoted and supported involvement beyond the campus as a way of improving the lives of individuals as well as the community, and as a means of enhancing learning. We take great pride in our role in the community, and I am thankful for the work of all of our faculty, staff and students that led to this recognition.”

Eastern Michigan University initially received Community Engagement Classification in 2008. In order to be considered for reclassification, Eastern committed to an extensive self-study process to document the nature and depth of its engagement with the local, regional, national and global communities. The documentation included everything from curriculum and scholarship to community partnerships and outreach. 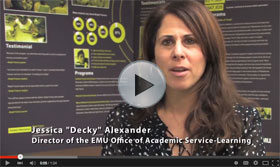 “EMU is being recognized for its deep and longstanding commitment to community engagement, particularly helping at risk populations achieve both academic success and greater civic engagement,” said Decky Alexander, a professor of communication, media and theatre arts and director of the Office of Academic Service-Learning, who helped oversee EMU’s application process.

Also participating in EMU’s process was a core team of Russ Olwell, professor of history and director of EMU’s Institute for the Study of Children, Families and Communities (ISCFC); David Clifford, professor of health sciences and director emeritus of the ISCFC; Claudia Petrescu, professor of public administration; and Darlene Leifson, lecturer in communication, media and theatre arts at EMU.

Among the partnerships Alexander cites:

• The Upward Bound program, which for 47 years has helped high school students in Ypsilanti attain college.

• The Bright Futures program, which provides after-school programming and enrichment for more than 600 children each day.

• A partnership with the Japanese School of Detroit to foster language learning.

• The Legal Resource Center, which has assisted more than 32,000 patrons with civil court forms.

• The Business Side of Youth, which has provided entrepreneurship education to more than 600 at-risk area youths.

• Hamilton Crossing, which is a family empowerment program for a rebuilt housing development on Ypsilanti’s south side, in partnership with the Ypsilanti Housing Commission and the federal government.

The Carnegie Classification in Community Engagement is a relatively recent addition to the well-established Carnegie Classification system for U.S. colleges and universities, which is now housed at the Center for Postsecondary Research at Indiana University in Bloomington, Ind. The subjective process enables the foundation to determine distinct efforts or institutional traits not readily evident in national data on U.S. universities.

“These are campuses that are improving teaching and learning, producing research that makes a difference in communities, and revitalizing their civic and academic missions,” said John Saltmarsh, director of the New England Resource Center for Higher Education (NERCHE), a Boston-based organization that serves as an administrative and managing partner in the Carnegie Community Engagement Classification process.

Amy Driscoll, a consulting scholar with the Carnegie Foundation for the Advancement of Teaching who helped coordinate the new elective classification for community engagement, noted that this is the first time institutions have had to engage in a reclassification process, that is, showing that they have maintained and then deepened their level of community involvement after their initial designation.

“We are seeing renewed institutional commitment … and deeper community partnerships, all sustained through changes in campus leadership, and within the context of a devastating economic recession,” she said.

EMU applied for Carnegie re-classification as a community-engaged university in 2014. Included in that process was a University-wide survey that gathered current data on the scope of community engagement activities at Eastern.

Successful re-classification depended in large measure on EMU’s ability to demonstrate improved institutionalization of community engagement since its initial classification in 2008, Alexander said.

The Carnegie Foundation created the classification as a way to recognize the evolution in higher education, as previous classifications such as “masters-degree granting” or “research-based” did not reflect the breadth and depth of university activity, mission and purpose.

For many universities and colleges such as Eastern, the classification process provides a road map in organizing, establishing and collaborating community engagement activities. Such a road map honors both the individuality of Eastern Michigan or other schools, yet engages participants in a national dialogue about best practices.

The Carnegie Foundation for the Advancement of Teaching, headquartered in Stanford, CA, is committed to developing networks of ideas, individuals, and institutions to advance teaching and learning.

The foundation joins scholars, practitioners, and designers in ways to solve problems of educational practice as it seeks to build the capacity to improve in participating institutions.

Additional information about institutions that hold the community engagement classification can be found on the NERCHE website.

To learn more about community engagement at EMU, visit www.emich.edu/engage 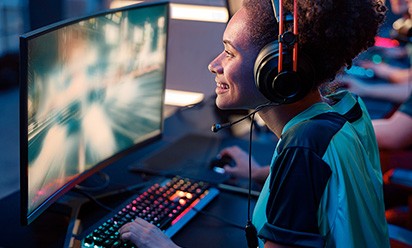 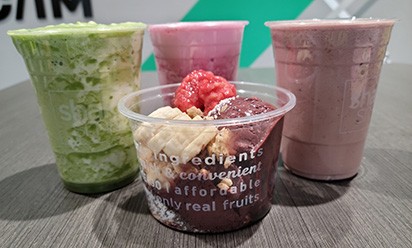 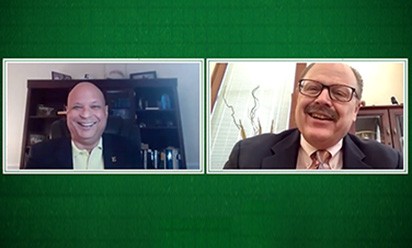 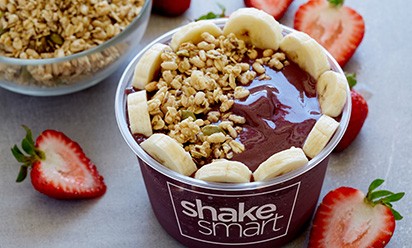 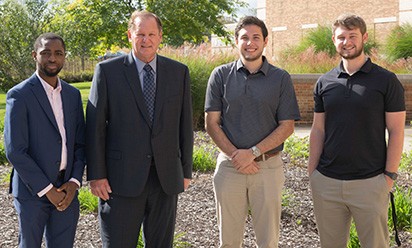