Women in the American Southwest 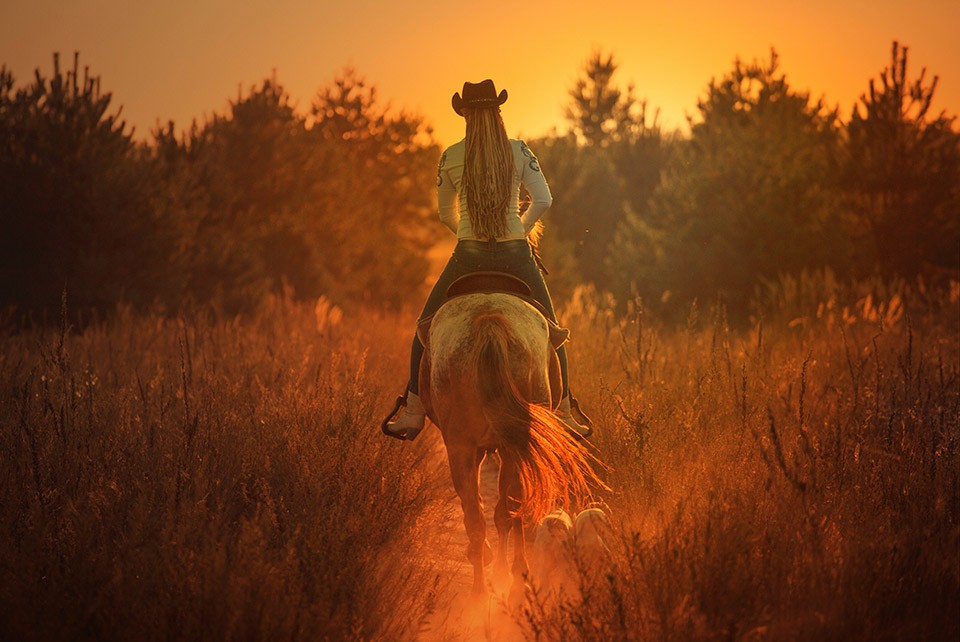 According to Kathleen Chamberlain, EMU history professor emerita, women actually had more opportunity in the West than they did the East.

“Many more men than women, way too many guns and way too much whiskey.”

Such was the volatile mixture in many towns of the American West after the Civil War, says Eastern Michigan history professor emerita Kathleen Chamberlain. It led to an active prostitution trade, plenty of alcohol-fueled disputes and a menacing kill or be killed environment.

Yet Chamberlain offers an interesting perspective. Amid what was ostensibly a man’s world, a variety of women thrived.

“Women actually had far more opportunity in the West than they did the East,” says Kathleen Chamberlain, a scholar of the American Southwest. “There was the need to manage a ranch, or to manage a farm. A woman could set up a small business. In fact, women in the West got the vote way before women East of the Mississippi.”

Chamberlain’s deep understanding of the dynamics of the American Southwest led the American Movie Classics network to feature her insights this past summer on its eight-part series, “The American West.” Chamberlain appeared in Episodes 5, 6 and 7, where she discusses the legendary outlaw, Billy The Kid, and she also discusses the situation of women in the post-Civil War west in an online exclusive, Sex in the Old West.

“Kathy is a prolific scholar and a recognized authority on the history of the American Southwest,” said James Egge, History department head at Eastern Michigan. “We are very proud of her work, and that it was featured prominently on AMC this past summer.”

AMC contacted Chamberlain during the summer of 2015, and then interviewed her at length in fall 2015 in McKenny Hall.

Among her books that establish such expertise is In the Shadow of Billy the Kid: Susan McSween and the Lincoln County War, published in 2013 by the University of New Mexico Press.

The story is described as follows on the publisher’s website:

“The events of July 19, 1878, marked the climax of what became known as the Lincoln County War, and catapulted Susan McSween and a young cowboy named Henry McCarty, alias Billy the Kid, into the history books.

“The so-called war, a fight for control of the mercantile economy of southeastern New Mexico, is one of the most documented conflicts in the history of the American West, but it is an event that up to now has been interpreted through the eyes of men.

“As a woman in a man’s story, Susan McSween has been all but ignored. This is the first book to place her in a larger context. Clearly, the Lincoln County War was not her finest hour, just her best known. For decades afterward, she ran a successful cattle ranch. She watched New Mexico modernize and become a state. And she lived to tell the tales of the anarchistic territorial period many times.”

Chamberlain attended the University of New Mexico for her Ph.D. studies because she specifically wanted to study the American Southwest. She’s originally from Ohio, earning her bachelor’s at The Ohio State University, but got interested in western history – especially around the southwestern borderlands – during her master’s studies at the University of Colorado.

She became fascinated with the Lincoln County War, and the result was the book focusing on McSween, an all-encompassing but fascinating effort, Chamberlain says.

Until her retirement last August, along with the Old West, Chamberlain taught Native American history on the graduate and undergraduate levels. She also taught about Native American Women, the Gilded Age and U.S. Foreign Policy.

Her research focuses on tribes of the American Southwest and the Southwest Borderlands in the late 19th and 20th centuries.

Her published works also include books and articles on the Navajos and the Chiricahua Apaches. She is currently working on a book about Navajos and Apaches at the Bosque Redondo Reservation, 1864-1868. For more on Kathy Chamberlain, see her faculty web page.