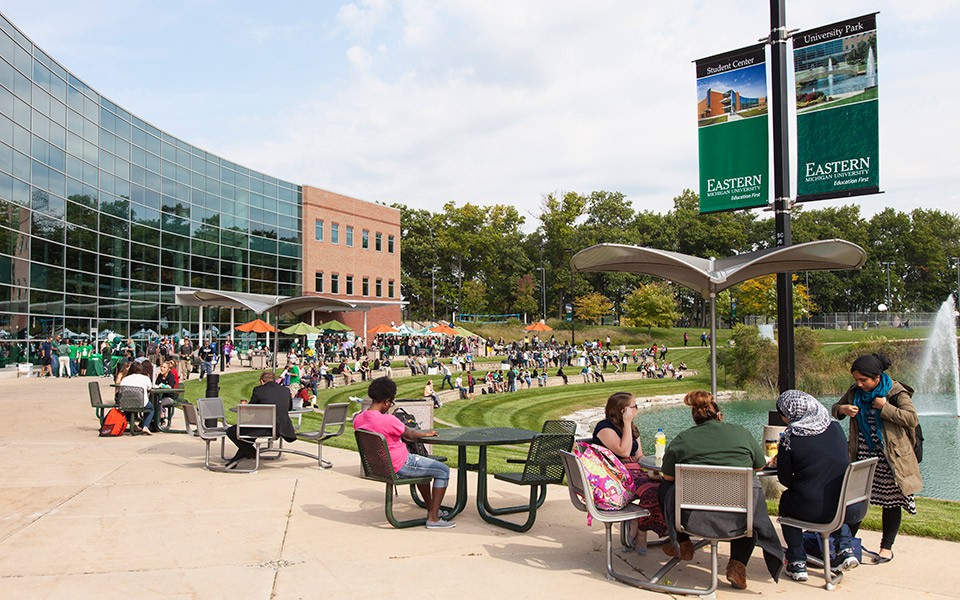 Preliminary figures indicate that EMU will have the third largest incoming freshman class in University history.

While final enrollment numbers will not be available for several weeks, preliminary figures indicate that, as of today, 2,795 first-time freshmen are beginning their college education at Eastern this fall. Classes begin Wednesday, Sept. 6, with student move-in to begin tomorrow (Friday), Sept. 1.

The entering class continues Eastern’s momentum in recent years, in which the University has grown in freshman enrollment in the face of declining demographic trends for high school seniors in the state of Michigan. This year’s incoming class represents a 31 percent increase over the class size in fall 2011, when the University enrolled a total of 2,130 new freshmen.

The class also displays solid academic preparation and it spotlights the strong level of diversity to be found on Eastern’s campus. The enrollment also continues to reflect Eastern’s goal of aligning its academic programs with the state’s economic needs.

Kevin Kucera, vice president for enrollment management at EMU, said, “Eastern's quality academic programs, outstanding faculty and the career-readiness of our graduates have contributed to our unprecedented freshman growth, and to the tremendous gains in our academic profile.”

"Our investments in academic buildings, classroom technology, student housing and in campus dining options are helping to make Eastern more attractive to new students than ever,” Kucera said. “Prospective students and families continue to appreciate the high quality value of the EMU educational experience."

In addition to near record numbers, this year's incoming freshman class is well prepared academically, representing the highest average GPAs and ACT scores in recent history. The average GPA of incoming freshmen is 3.29, an increase from 3.12 in 2011. Average ACT scores have increased to 22.4 from 21.06 six years ago. The largest number of new incoming freshmen students fall into the 3.5 to 4.0 high school GPA category, increasing more than 7 percent from last year.

The Honors College, which accepts students entering with typically at least a 25 ACT score and 3.5 high school GPA, continues to grow. As of today, the Honors College currently enrolls 1,634 students -- nearly double the number of students from six years ago.

International student enrollment in the entering freshman class showed a significant increase as well, rising 43 percent, from 42 students last year at this time to 60 so far this fall.

Kucera attributes that increase to a variety of factors, including EMU’s recent “You Are Welcome Here” campaign, directed at international students, along with President James Smith’s trip last spring to China, aimed at increasing awareness of EMU there and building further ties with Chinese universities. All told, Eastern enrolls nearly 1,000 international students from more than 80 countries.

In addition, the entering freshman class showed marked growth from last fall in students from out of state (excluding Ohio), increasing by 56 percent, from 98 last year to 153 for fall 2017, with increases in the number of students from Pennsylvania, Indiana and other states. Kucera indicated Eastern is seeing the benefits of the decision in summer 2016 to offer entering out of state students in-state tuition, a condition that previously extended only to Ohio students under a reciprocity agreement.

Reasons cited for the continued strong entering class enrollment at Eastern include: