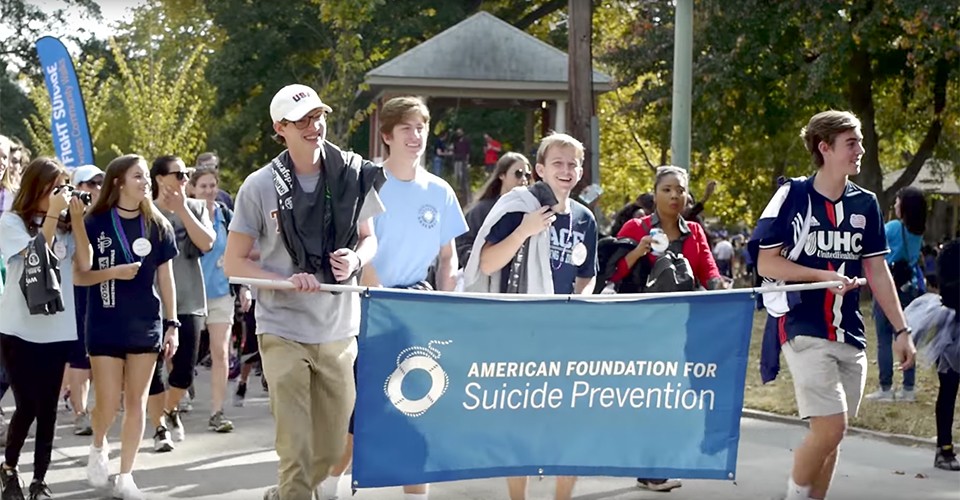 YPSILANTI – Members of the Eastern Michigan University campus community and others have the chance to join Michigan Congresswoman Debbie Dingell and make powerful strides for suicide prevention and awareness during the “Out of the Darkness Community Walk,” to be held at 4 p.m. Friday, Sept. 29 on the EMU campus.

The University’s suicide prevention grant is partnering with the American Foundation for Suicide Prevention (AFSP) in staging the walk, which will take place around the lakes adjoining Bob’s Lakehouse next to the Student Center on the Eastern campus. Dingell will offer opening remarks before the walk.

Dingell represents the 12th District of Michigan in the U.S. House of Representatives. She is an active civic and community leader, and is a recognized national advocate for women and children. She is the wife of retired Congressman John D. Dingell of Michigan.

You can register and donate in advance at the Foundation website, or at the walk site, starting at 3 p.m. Various such walks have been staged in the Metro Detroit area, but this is the first time EMU has hosted the event.

The event is a fundraiser, and the University will receive half the dollars raised for programs and events related to mental health.

“Having said that, our primary purpose is to have people come so that we can reduce stigma and raise awareness, so we want people to come regardless of ability to pay,” said Dr. Lisa Lauterbach, Director, Counseling and Psychological Services at EMU.

The Foundation website expresses the sentiment behind the walks to fight suicide: “When you walk in the Out of the Darkness Walks, you join the effort with hundreds of thousands of people to raise awareness and funds that allow the American Foundation for Suicide Prevention (AFSP) to invest in new research, create educational programs, advocate for public policy, and support survivors of suicide loss.

“Thanks to walkers and donors like you, AFSP has been able to set a goal to reduce the annual suicide rate 20 percent by 2025.”