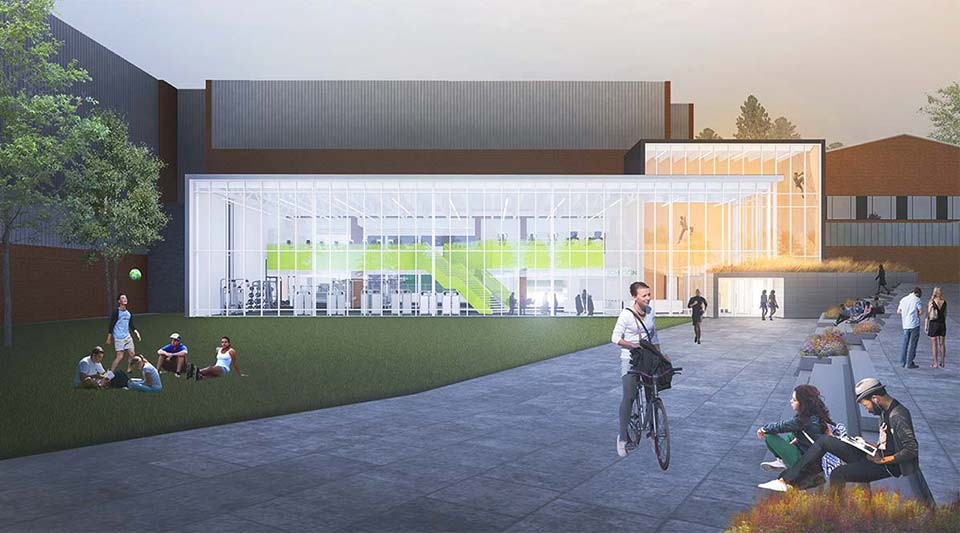 The three projects are:

• The renovation and expansion of Sill Hall, home of the College of Technology, in support of the University’s existing, new and future engineering and technology programs – which are a crucial element in furnishing skilled professionals for high-demand jobs in Michigan. The estimated cost is $40 million.

• Renovation of the Rec/IM facility, to be initiated in summer of 2018. The extensive Rec/IM Building plan, which is a major student priority among our students, includes a variety of upgrades that will increase the facility’s physical appeal as well as the range of activities, services and student wellness initiatives available. The estimated cost is $16 million.

• Construction of a new building to provide contemporary sports medicine and performance training services. The estimated cost, which will be heavily supported by fundraising, is $20 million.

The EMU Board of Regents approved the three supplemental capital projects, with a total cost of $76 million, at its regular meeting Friday, Dec. 15.

“These three projects constitute a powerful step forward in the ongoing dynamic transformation of our academic, recreational and training facilities for our students, faculty, staff and varsity athletes,” said EMU President James Smith. “I’m excited to think of how our students will benefit from the variety of major University enhancements approved today.”

The Sill Hall renovation and expansion project provides new engineering programs such as mechanical engineering and computer and electrical engineering with renovated lab space for research, computer simulation, virtual and augmented reality and other specialty purposes, along with lecture halls, collaborative learning spaces and administrative offices.

The existing 92,635 square feet at Sill Hall will be renovated while expanding the building space by an additional 16,000 square feet. This capital investment will support our existing technology and information assurance programs, while providing the foundation to allow Eastern’s engineering programs be a growth area for the University for years to come.

The project will be conducted in phases to accommodate the Strong Hall renovation project, now currently underway, as well as maintain ongoing operation of Sill Hall during the project. Sill Hall remains the University’s top priority in its annual request to the state for Capital Outlay funds, and any work completed during the phased stages will reduce the overall cost of any state-approved project. The initial phasing of renovations for Sill Hall is expected to result in $3 million in improvements to the facility in both FY19 and FY20.

The renovation of the Rec/IM facility provides needed updates and repairs to the existing facilities. The Rec/IM facility was originally constructed in 1981 and has not received any major improvements other than routine maintenance since its original construction.

The renovation cost of $16 million includes design and equipment costs. This project will be implemented in phases to maintain operations during construction.

The new construction project for sports medicine and student athlete training facilities provides for a 60,000 square foot structure that will house the University’s student athlete sports medicine and performance training space and equipment, team meeting rooms and coach’s offices, while also including a video board at Rynearson Stadium. The structure will be located near the northwest corner of Rynearson, and is the first major athletics facility enhancement designed to service nearly every one of EMU’s 21 varsity teams since the Convocation Center was completed in 1998.

The capital investment will provide a modern training and sports medicine services environment for the University’s approximately 550 student athletes, consolidating athletics facilities that are currently divided among the University’s athletics campus and central campus.

The project is the initial phase of the Championship Building Plan and is designed to be heavily supported by fundraising efforts. Those efforts so far have resulted in substantial commitments to the project, and additional gifts are expected. The timeline for the project has not been finalized.

“We are a piece of a larger University campaign that will forever transform EMU,” said Scott Wetherbee, vice president and director of athletics at EMU. “This new sports medicine and performance training facility will consolidate department infrastructure and help provide a safe, effective environment with the highest levels of care for our students while helping EMU more closely align with its peers in the Mid-American Conference and throughout the region.”

The current video board at Rynearson Stadium was installed in August 2009 and was a retrofit into the existing structure that was installed during a stadium renovation project in 1991-92. The new board will provide expanded marketing and advertising opportunities, generating additional revenue.

At the completion of the project, the bricks from the ongoing fundraising brick campaign will be installed. Plans for the continuation of the Championship Building Plan, which could include the movement of sports practice sites in Bowen Field House to a new building that would also house facilities for other sports, remain in development.

Fiscal implications of the three projects

In approving the projects, the Regents authorized spending in addition to the capital budget approved by the Board on February 7, 2017 for the 2017-2018 fiscal year. Funding for these three projects will include fundraising, University resources and future University borrowing, and, in the case of Sill Hall, might also include state capital outlay funding, similar to that which helped fund recent major improvements in the Pray Harrold Building and Strong Hall.