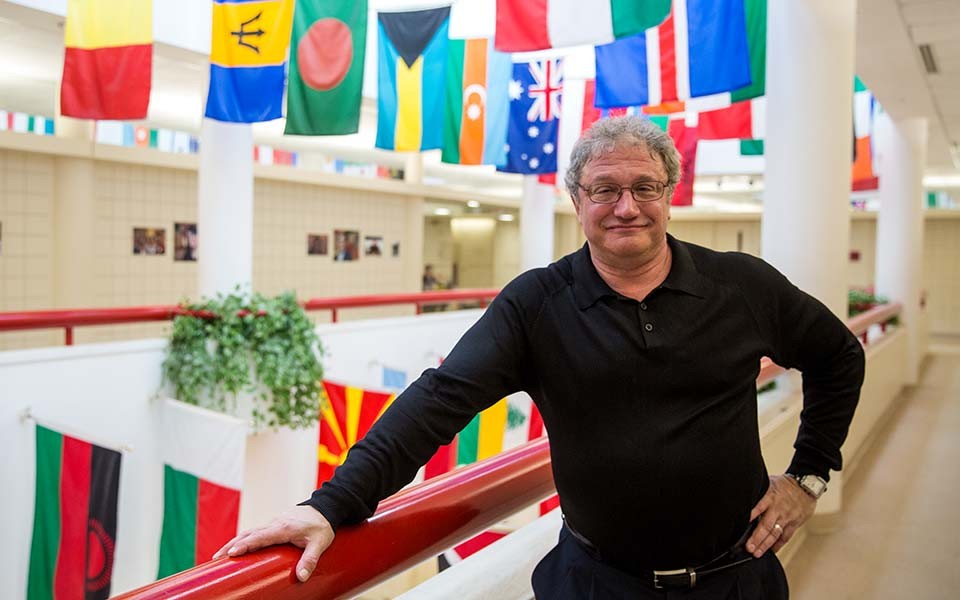 Understanding others—other cultures, other economies, other perspectives and other religions.

That goal permeates Professor David Victor’s work, from his two recent books, on Japan and Brazil, to the global business communication journal he edits to the detailed religious holiday observance updates he sends to interested friends and colleagues on the Eastern Michigan University campus.

“We live in an increasingly integrated global economy,” Victor says. “It is more important than ever before for universities and businesses alike to embrace cultural diversity awareness. Cross-cultural communication is the key to success in an ever-shrinking world.”

He has consulted and run programs for more than two hundred companies and organizations, including Fortune 500 companies, governments, and NGOs. In addition, Victor serves as editor in chief of the annual Global Advances in Business Communication Journal, which is housed at Eastern.

Victor is a prolific writer, and notes that his books “try to put into simple language the complex issues involved in cross-cultural communication.”

His most recent book, “The Seven Keys to Communicating in Japan: An Intercultural Approach,” exemplifies this approach. The book was published in October 2017 by Georgetown University Press and co-authored with Orlando Kelm, associate director of Business Language Education at University of Texas-Austin; and Haru Yamada, a widely respected author and consultant on Japanese-American business communication.

Each chapter addresses one of these topics and shows strategies to overcoming cultural barriers and demonstrates how to evaluate the differences between Japan and North America to help avoid common communication mistakes.

The book is the second in a series that Kelm and Victor began with “The Seven Keys to Communicating in Brazil,” which came out in fall of 2016. The two are now collaborating on a third book, on Mexico, working with Professor Olivia Hernández-Pozas from the Institute of Technology and Higher Education in Monterrey, Mexico.

In addition to that work, Victor last fall oversaw the publication of the sixth annual issue of the Global Advances in Business Communication Journal. Victor serves as editor in chief and professor Julia Nims of the Halle Library is the technical editor.

The GABC Journal publishes original research on interdisciplinary business practices that shape and are shaped by the changing nature and level of global business communication.

A final element of Victor’s extensive communications efforts is his ongoing announcement of religious observances that may affect campus life. These include holidays from a wide range of religions representing the diversity of faith traditions practiced by EMU faculty, staff and students. Posts have included descriptions of widely known holidays such as Christmas, Passover, and Ramadan as well as those that may be less understood.

In the last month, Victor has sent out notes covering the Year of the Dog in the Asian Lunar New Year, the Jewish celebration of Purim and the Hindu holiday of Holi or the “Festival of Colors.” All of these are posted on his blog  The David Victor Vector.

As an example, Victor explained in the Holi post that, “Holi is celebrated as a Spring festival, and indeed in Bengali tradition, part of the holiday is actually called Basant-Utsav which in Bengali means Spring Festival. In many traditions, Holi actually begins with the lighting of bonfires on Holi Eve (for 2018, the evening of March 1). Employees, staff and students should be accommodated for religious observance.”

Why does Victor maintain such an extensive blog and send out such detailed emails to the EMU community and beyond? It’s all about understanding others.

He does it “To help spread appreciation for embracing the wide range of religious traditions and values that enhance the human experience.”