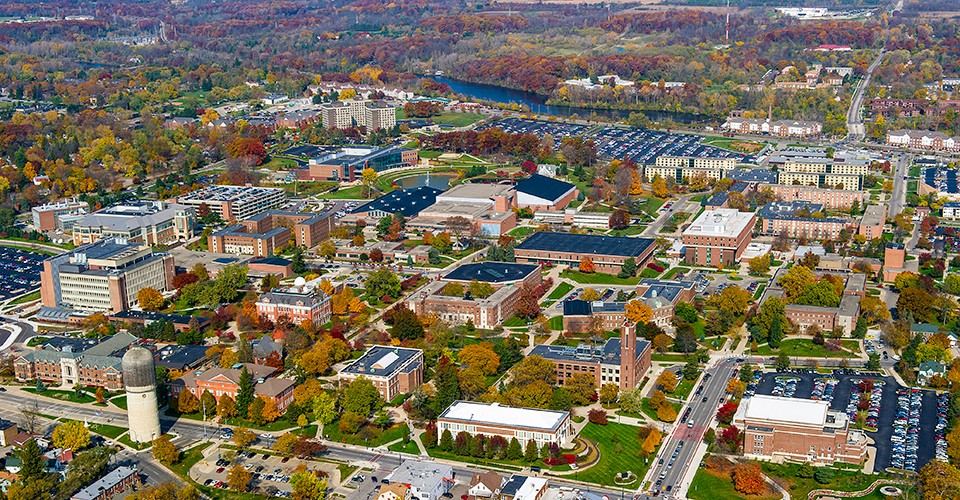 YPSILANTI – For the 16th consecutive year, Eastern Michigan University has been rated as one of the best colleges in the Midwest, according to The Princeton Review.

The nationally known education services company recommends Eastern as one of 160 institutions in 12 Midwestern states in its list for 2019. Eastern was one of 14 Michigan universities or colleges that made the list out of the more than 40 general, four-year post-secondary institutions in the state.

The Princeton Review does not rank the 657 colleges in its "2019 Best Colleges: Region by Region" list hierarchically or in various categories. The colleges that The Princeton Review chose for its "Best in the Midwest" 2019 list are located in 12 states: Iowa, Illinois, Indiana, Kansas, Michigan, Minnesota, Missouri, Nebraska, North Dakota, Ohio, South Dakota, and Wisconsin.

The Princeton Review also designated 225 colleges in the Northeast, 129 in the West, 143 in the Southeast as best in their locales on the company’s "2019 Best Colleges: Region by Region" lists.

Among the University’s highlights for students:

• The Eastern Michigan University Student Center was ranked the number one student union in the country, according to a national website dedicated to evaluating and ranking college programs and experiences for prospective students. The 25 Best Student Unions was published by College Rank.

• Students on University tours are also taking notice of the $90 million Science Complex, which serves as the centerpiece of the major focus on STEM (Science, Technology, Engineering and Math) education at Eastern. This fall, the University is continuing extensive renovations on adjacent Strong Hall, the third and final phase of the Science Complex. The state of Michigan is helping fund the project, estimated to cost $40 million, with a funding mix of 75 percent state and 25 percent University.

• This past summer’s flurry of construction activity featured academic facility enhancements, such as those to Strong Hall and other facilities, including the Quirk Theatre building and the College of Business, as well as improvements in campus safety and security, IT infrastructure and classroom technology, plus further expansion and renovation of dining options. The University is also beginning work on a new community health center on the northwest end of campus, in collaboration with nearby Saint Joseph Mercy Hospital and IHA.

• Eastern has also invested in more advising services, including increasing staff and opening the Francine Parker Advising Center in the Student Center, and opening an additional financial aid walk-in center in McKenny Hall.

• Eastern has been recognized as one of the nation’s top LGBTQ-friendly universities.

• The University’s clinical research program ranks among the country’s best.

• Eastern continues to focus on high-demand, high job growth academic programs, including its recent addition of programs in mechanical engineering, computer and electrical engineering, fermentation science, neuroscience, master of science in finance and Teaching English to Speakers of Other Languages (TESOL).

• This summer, Eastern introduced the TRUEMU Global Rate tuition plan, providing in-state tuition pricing to all new incoming international undergraduate students, beginning this fall. In addition, this past year, Eastern initiated the nationally-recognized #YouAreWelcomeHere campaign, designed to make international students aware of how they can flourish academically and socially at Eastern.

Founded in 1849, Eastern is the second oldest public university in Michigan. It currently serves more than 20,000 students pursuing undergraduate, graduate, specialist, doctoral and certificate degrees in the arts, sciences and professions. In all, more than 300 majors, minors and concentrations are delivered through the University's Colleges of Arts and Sciences; Business; Education; Health and Human Services; Technology, and its graduate school. EMU is regularly recognized by national publications for its excellence, diversity, and commitment to applied education. For more information about Eastern Michigan University, visit the University's website.