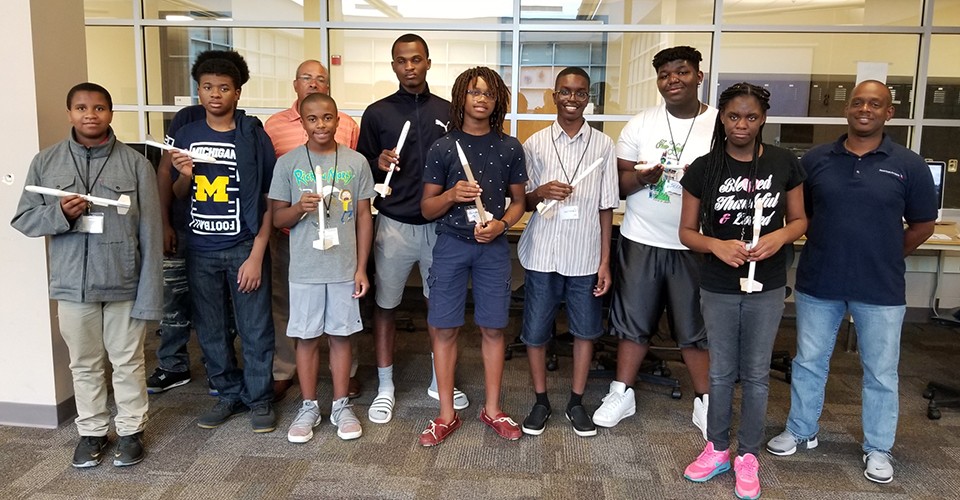 Participants from Ypsilanti Community High School enjoyed breathtaking opportunities, such as an orientation flight in motor gliders used to train the Tuskegee Airmen, a group of African American pilots who fought in World War II. The students also learned aviation history and met professionals from the aviation and aerospace community along with receiving basic education in the aviation field.

The first-year program was spearheaded by Ramone Crowe, a professional and program manager with the Federal Aviation Administration (FAA), along with a number of organizations and individuals who have supported the effort since 2016.

The camp aims to provide underrepresented youth with aviation career education and to encourage them to pursue excellence and careers in aviation and aerospace science.

“The overall goal is to increase exposure to women and minorities and other underrepresented groups,” Crowe said. “We want to spark their interest in aviation so that they will pursue those careers. We are excited about next year’s academy due to the overwhelming number of organizations and school systems that want to partner with us.”

The program provides students with a wide range of aviation career exploration experiences and also focuses on Science, Technology, Engineering and Mathematics (STEMs) and Professional Development.