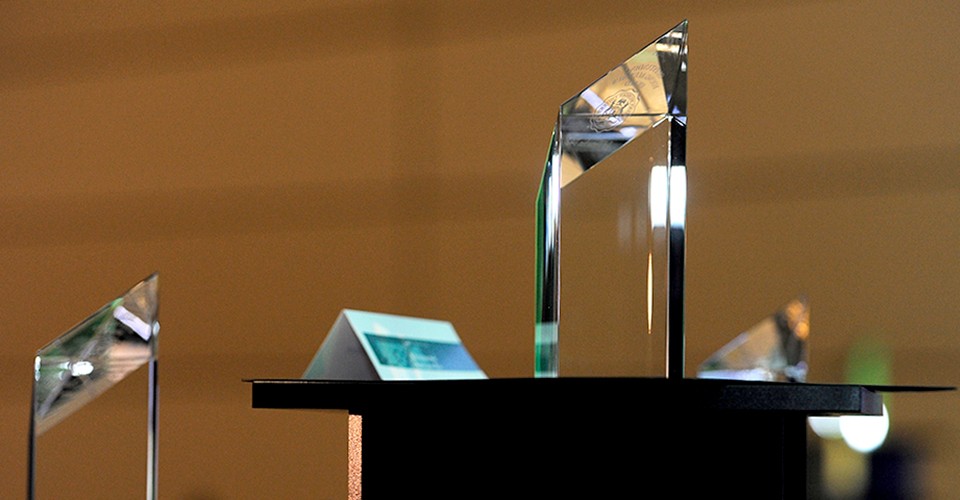 The 2019 awards ceremony, scheduled for Saturday, May 18, in the EMU Student Center, carries on a tradition of recognizing outstanding EMU alumni who have distinguished themselves in their respective professional fields and within their communities. The Office for Alumni Relations, guided by the Alumni Association Board and Awards and Recognition Committee, has presented the Alumni Awards for more than 50 years and has honored more than 400 recipients.

“We continue to be astonished by the contributions our award recipients have made personally and professionally,” says Jill Hunsberger, vice president for EMU Advancement. “They exemplify the true spirit of EMU and we are so proud of their accomplishments.”

This year’s head of ceremonies will be Eastern alumna Dara Munson (BS96), who is currently the CEO of the Chicago Child Care Society and has led an outstanding career in nonprofit leadership, community activism and philanthropy. Munson has served as COO of Girl Scouts of Southeastern Michigan, President and CEO of Big Brothers Big Sisters of Metropolitan Detroit and is currently a board member on the EMU Foundation Board of Trustees. She is also a former recipient of the Alumni Achievement Award.

In just a few short years after graduating from EMU, Jawan M. Jackson has made a big-time splash on Broadway for his portrayal of The Temptations’ Melvin Franklin in “Motown: The Musical.” Motown has been in production since April, 2013 and has traveled to theatre venues across the world. The jukebox musical received four nominations at the 67th Tony Awards. Jackson is a Detroit native and began his career as a radio personality on Detroit’s Hot 107.5 FM. Jackson’s film credits include “Sparkle” (2012), “Love Thy Self” (2014), and “For The Love Of Music” (2018). His TV appearances are highlighted by Netflix’s “The Get Down” (2016) and PBS’s “Doo Wop Generations” (2018).

Terry Kayser graduated from EMU magna cum laude looking to start his career in the dynamic and growing field of GIS technology. During his time at Eastern, he was awarded the Regents Gold Scholarship and the Mark Jefferson Scholarship, which is given to the top undergraduate geographer. Kayser also ran track and field during his time at EMU, honing his lifelong passion for the sport. He now coaches track at Rogers High School in Toledo, Ohio, where he resides. Kayser is currently Leader of Engineering Capital Close-out at NiSource, where he manages a team of 11 engineering and GIS professionals mapping underground natural gas lines.

Scott Frush, CFA, CFP, MBA, has been a leader in finance and investment strategy for over 20 years. He is currently Senior Vice President and Private Wealth Investment Manager at Citizens Bank, where he develops, communicates and executes tailored investment strategies for high net worth clients. Frush has worked as an investment expert for a number of different firms and banks over the years and also taught finance classes at University of Michigan-Dearborn. Frush has a deep relationship with EMU, having served as the Alumni Association Board President for two terms, from 2002 to 2008. Frush is also highly active in the Northville, Mich., community where he lives with his spouse, Christina.

Amalie Nash is the executive editor for local news for the USA TODAY Network, which encompasses 109 local newsrooms across the country and one in Guam. She also coordinates political coverage for the network in conjunction with the USA TODAY politics team, which has taken her from the Iowa caucuses to the political conventions to USA TODAY on Election Night. Prior to that, she was the executive editor of The Des Moines Register, where she was heavily involved in fights for public access and spearheaded innovation in the newsroom, such as “Harvest of Change,” the company’s first virtual reality project. She joined Gannett, parent company of USA TODAY, as an editor at the Detroit Free Press in 2011. Her earlier career included serving as the news director for AnnArbor.com, assistant metro editor at the Ann Arbor News and teaching stints at Eastern Michigan University.

After receiving his degree from EMU, Maj. Gen. Henderson was commissioned by the U.S. Marine Corps at the height of the Vietnam War. He was assigned to the 3rd Marine Air Wing in Chui Lai, South Vietnam in 1967. From Oct., 1968 to May, 1969, he flew 125 combat missions over South Vietnam, Laos and North Vietnam. Upon returning to the U.S. in 1970, he joined the Michigan Air National Guard, where he was eventually promoted to major general, and worked for General Motors as a professional corporate pilot, chief pilot and director of flight operations for nearly 30 years. He retired from GM in 2003. Maj. Gen. Henderson resides in Ypsilanti, MI, with his spouse, Francine Henderson, who is also an EMU alumna.

Dr. Marisa A. Colston, PhD, ATC, is an industry leader in sports medicine, athletic training and teaching. She earned a PhD in Education-Exercise Science/Kinesiology from the University of Tennessee-Knoxville. She is now a Professor of Graduate Athletic Training, and Department Head for Health and Human Performance at the University of Tennessee-Chattanooga. Dr. Colston has scores of publication credits on her resume, from peer-reviewed journals to textbook contributions and articles and editorials on athletic medicine. In 2017, she was named Most Distinguished Athletic Trainer by the National Athletic Trainers Association. Dr. Colston resides in Hixson, Tenn., with her spouse, Jonathan Colston.

Glenna Frank Miller – Glenna Frank Miller retired in 2013, leaving an outstanding legacy at Eastern Michigan University – a place that she called home for over 40 years. During that time, Miller served in numerous capacities, including Student Affairs, Campus Life, Diversity and Community Involvement, Alumni Relations, Career Services and more. Miller co-chaired the planning team for the construction of the EMU Student Center, a $41 million, 181,000-square-foot facility that opened in 2006. She has served as an advisor to several student leadership groups. She is an Emerita Assistant Vice President of Student Life and also served as lecturer in the Higher Education and Student Affairs (HESA) graduate program. EMU has awarded Miller the EMU-ACE Distinguished Woman in Leadership in Higher Education Award and the Martin Luther King Jr. Humanitarian Award. She holds a B.A. in psychology from the University of Detroit–Mercy and a M.A. in counseling from Wayne State University. 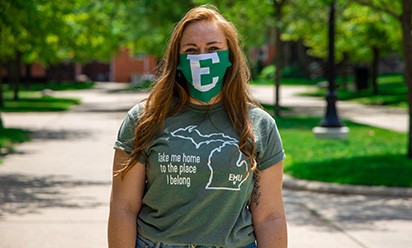 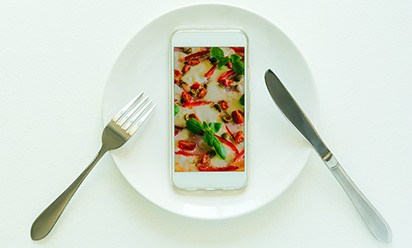 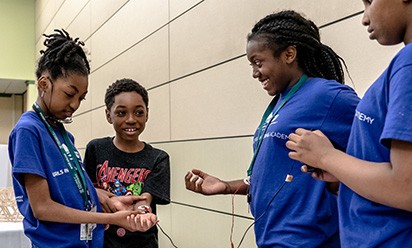 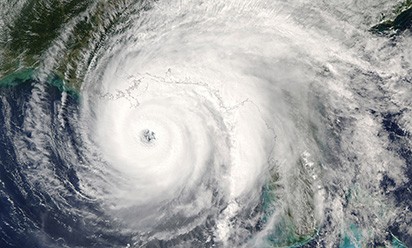 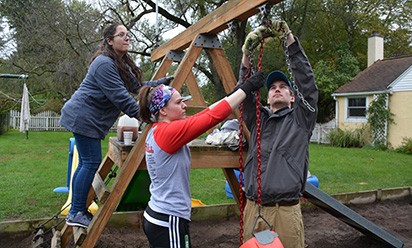