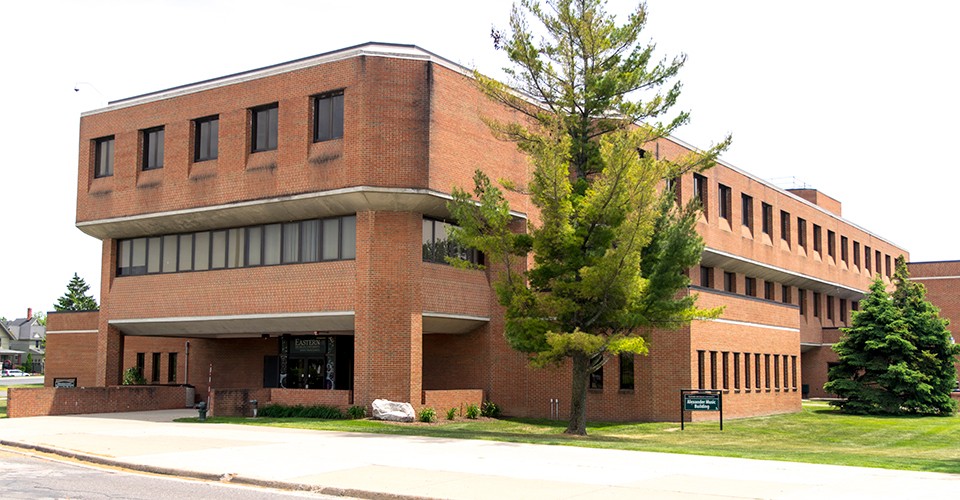 Each brings a strong background of performance and expertise in his field. They will both begin at Eastern Michigan starting with the Fall 2019 term.

Barrick was previously the James and Ann Bumpass Distinguished Chair of Music and head of the Department of Music and Professor of saxophone at the University of Arkansas, Fort Smith.

Barrick is a frequent performer at the US Navy Band International Saxophone Symposium and conferences of the North American Saxophone Alliance.

He has shared the stage with performers such as Doc Severinsen, Johnny Mathis, the Jimmy Dorsey Orchestra, Sonny Turner and the Platters, The Crystals, The Coasters, Wayne Newton, the Harry James Orchestra, The Four Tops and The Temptations.

Barrick is in demand as a jazz clinician, adjudicator, and educator, and has more than ten years of experience directing collegiate jazz ensembles at three different institutions.

During his tenure, he led the SDSO in numerous pops concerts. He implemented the orchestra’s inaugural season of Carnegie Hall’s Link Up program in a partnership with the Sioux Falls Public School District, conducted family concerts, and led the annual Christmas on the Prairie concert in Hoven, SD.

Hutchinson has served as a guest conductor for numerous orchestras and festivals throughout the Midwest, Montana and New York and has been on the conducting faculty of International Music Camp for several years.

He has a long-standing commitment to education, demonstrated in his teaching orchestra in the public schools for nine years in Williamsville, NY and Sioux Falls, SD, and was the coordinator and music director of the Siouxland Youth Orchestras in Sioux City, Iowa.

Hutchinson is as comfortable in the pit as on the stage. He was recently named the 2017-2018 winner of The American Prize in Opera Conducting for his performance of Suor Angelica with University Opera Theatre at the University of Minnesota.

He is an Iowa native, and holds conducting degrees from the University of Minnesota and Bowling Green State University and a bachelor’s degree in Music Education from Morningside College.