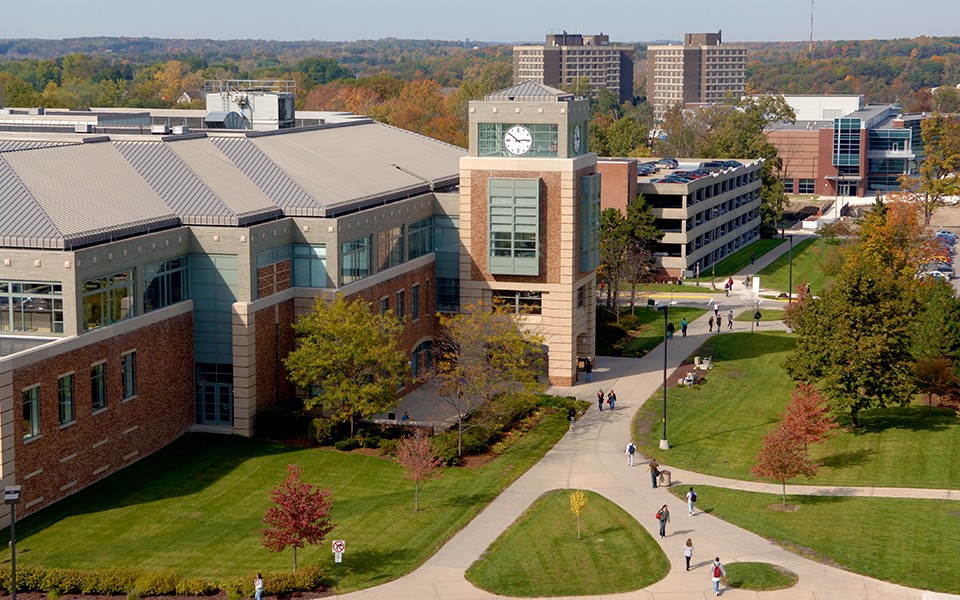 The Eastern Michigan University Board of Regents approved a general fund budget of $293.6 million of revenues and corresponding expenses, a reduction of $17.1 million from the 2018-19 General Fund operating budget.

The University also maintained its focus on minimizing net costs for students by offering a high level of financial aid. The expenditure budget for the upcoming year includes $50.8 million in University-sponsored financial aid. Over the last 12 years, the University has increased financial aid by more than 135 percent from the $21.4 million in aid provided in 2007-2008, reflecting Eastern’s mission to be an institution of opportunity, with the state’s most diverse student body.

“The budget approved today focuses on the priorities of the University, which are maintaining excellent academic programs and serving students’ academic and career needs while responding to rapidly changing demographics,” said President James Smith.

Among the student-based changes at Eastern is the current, $40 million renovation of Sill Hall, home of the newly launched College of Engineering and Technology, to help accommodate the addition of new engineering programs. Eastern is also collaborating with IHA and St. Joseph Mercy Health System in building a new community health center on the northwest section of campus. Other major current projects include renovation of the Rec/IM Building and constructing the new Student-Athlete Performance Center.

The budget reflects the University’s emphasis on investing in academic quality and ensuring student success, leading to productive and fulfilling careers after graduation. Those investments include the recent addition of new academic programs, such as mechanical engineering, electrical and computer engineering, fermentation science and neuroscience, which has shown 400 percent growth since its launch in fall 2016.

In January, the University competed renovations on Strong Hall, the third and final phase of the Science Complex, a facility that now stamps Eastern as one of Michigan’s top institutions in terms of STEM Education.

Such a commitment to academic excellence has been recognized by the University’s consistently high rankings in a variety of areas. Those include a listing as the country’s top program in clinical research administration, designation as the number one military friendly school in Michigan and the Princeton Review ranking Eastern among the “Best in the Midwest” for 16 consecutive years.

The Board of Regents also approved a tuition and required fees increase of 4.4 percent, for undergraduate students taking 30 credits a year, as calculated by the State of Michigan’s guidelines on performance funding and tuition reporting, for the 2019-20 academic year. Tuition for graduate students and doctoral students will increase 5 percent. With the increase, a resident undergraduate paying $13,083 this past year would pay $13,658 for an academic year of 30 credits – in the mid-range among Michigan’s 15 public universities.

Eastern Michigan University’s average annual tuition and fee increase over the past decade is 3.87 percent. Since 1980, state appropriations have dramatically declined as a portion of Eastern’s general fund budget. In 1980, state aid accounted for 72.5 percent of the University’s revenues to 27.5 percent coming from tuition and fees. Those numbers are now reversed, with state aid making up less than 25 percent of Eastern’s general fund revenues and tuition representing more than 75 percent. (See accompanying chart below).

Revenues in the FY20 budget include $210.3 million in tuition and fees; a $77.7 million state appropriation, which also is yet to be determined by the state; $2 million in investment income; and $3.6 million in in departmental activities and other revenue sources.

The Regents also approved an Auxiliary Activities Budget of $46.8 million. Auxiliary activities include housing, food service and athletics operating costs, along with costs for other services.