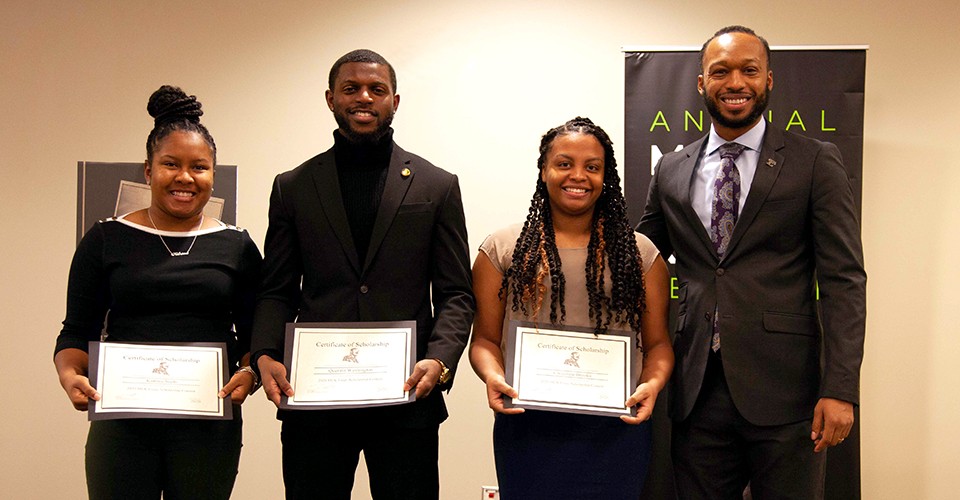 YPSILANTI – Three Eastern Michigan students were honored and earned a $500 scholarship for sharing their perspective and experiences in an essay contest detailing how they have overcome and continually will “Rise Up Against Injustice,” the theme for this year’s Martin Luther King, Jr. celebration at EMU.

Chocolate Brooks, Quentin Washington and Katrina Seals placed first, second and third respectively in the contest, which was open to all EMU students. Entrants were challenged with the task of crafting an essay detailing how they have overcome and continually Rise Up Against Injustice.

“This year we had an overwhelming response of submissions, and the committee put thoughtful consideration into its decisions and would have awarded each of the contestants if it was possible,” said Eric Reed, program director of EMU’s Trio SSS (Student Support Services) program. “However, these three individuals’ experiences and commitment stood out most.”

Following are sample passages from the three winners’ essays:

“After graduating I want to pursue a career within the Department of Health and Human Services for Child Protective Services. By doing this, I can help to ensure that the system is unbiased and fair for every individual. Studies show that African American children are more likely to be in CPS per capita than other racial groups.”

“Upon completing my undergraduate degree, I plan to mentor young minority students who aspire to be engineers. In America, minorities have been disfranchised and if given the proper platform I plan to uplift and encourage young minorities to excel in their field of choice. “

“My long-term goal is to work with the African American youth as a speech-language pathologist. I want to become even more of an advocate than I am now and reduce stereotypes that African Americans face in the hands of society because African American parents are denied services for their children for multiple unfair reasons.”

The winners were announced at Eastern’s MLK Opening Reception and Essay Scholarship Showcase, held Thursday, Jan. 16 in the EMU Student Center. The scholarships are funded by EMU’s Black Faculty and Staff Association.