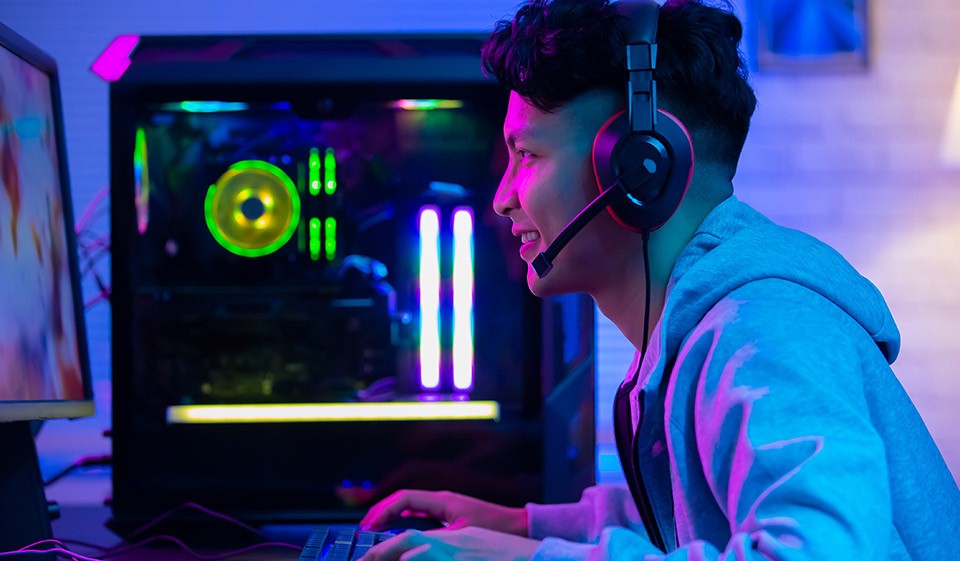 YPSILANTI – Eastern Michigan University and  Gen.G, a global esports organization connecting the best gamers in the United States and Asia, are building an esports program this spring that is attracting new interest in EMU and building a community throughout area high schools and at Eastern.

The program includes a Futures Program that highlights area gamers, high school competitions and a Women in Gaming Summer Camp designed to attract new students, as well as connect enrolled students, faculty and alumni, to build a community on campus for gamers to compete and share their passion.

The partnership, which was announced May 20, has quickly built a following of gamers through the various outreach efforts and competitions. Esports, or electronic sports, is competitive video gaming

Eastern’s initiative comes at a time when esports continues to grow regionally and around the country. Today (Wednesday, June 10, 2020), the Mid-American Conference announced plans to establish esports at the competitive varsity level, a move that would include competitors at EMU.

“We’re excited about the integration of esports and gaming into our campus life and about our continuing efforts to offer our students such a fun way to find a sense of community and healthy competition at Eastern,” said Calvin Phillips, associate vice president for Student Affairs at Eastern Michigan University. “Gaming brings so many people together, and this program further stamps Eastern as a student-centered university.”

The EMU + Gen.G Futures Program features a social media relay on Instagram and Twitter highlighting student success stories with current students and alumni across business, technology, gaming and athletics. In addition, Gen.G is hosting an esports webinar at 6 p.m. on Thursday, June 18.

This month has already featured several Super Smash Bros. competitions among area high school and Eastern students. In the coming weeks, high schools in the region will challenge the EMU Super Smash Club in friendly competitions to be streamed live on Twitch and will interact via Discord.

In addition, EMU is initiating a Women in Gaming program dubbed “Gamer Girls Getting It Done” including three-day digital camps on July 6-8 and August 10-12. Topics will include lessons from top women in the industry, tips from streamers and pros and insights on producing esports events. The registration fee is $99. Click here at the digital camp link to register.

All interested parties including current/future students, alumni, and fans, click at the Eastern Michigan esports link to sign up and learn more. For more information about esports at Eastern Michigan University, please visit EMU's esports website.

Established in 2017, Gen.G is the leading esports organization connecting the United States and Asia. Ranked no. 6 in the inaugural Forbes list of the “World's Most Valuable Esports Companies,” Gen.G is the only major organization that owns and operates top teams in the world's leading esports markets — China, South Korea and the United States. More information about Gen.G esports and its teams can be found at the company website.