“What Now?” Eastern Michigan University professors offer insight and perspective to students in the aftermath of an extraordinary Presidential election

Advice includes understanding that we’ve been here before, listening to others, to get some sleep and recognizing the power that students have to organize and hold officials accountable 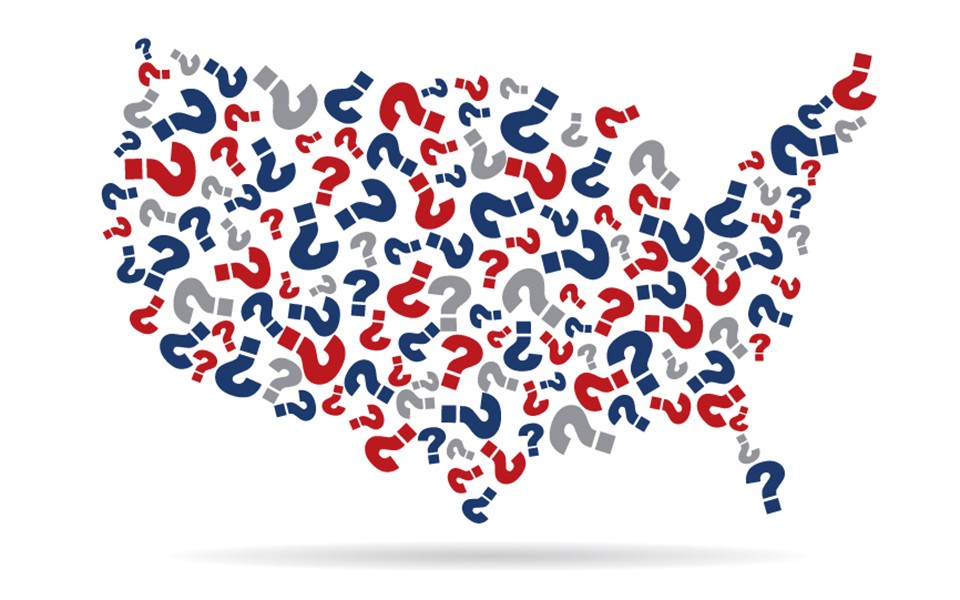 What is happening, what does this all mean and what helpful steps can you personally take going forward?

In the wake of a divisive, intensely contested and historic Presidential campaign, a group of Eastern Michigan University professors fielded questions along a wide variety of perspectives in an online listening session Nov. 5 with about 100 students and interested members of the EMU community.

Faculty experts in politics, social statistics, history, psychology, women’s and gender studies, and conflict resolution were on hand to answer students’ questions, drawing upon the professors’ exceptional range of expertise and their abiding interest in informing and supporting Eastern students. 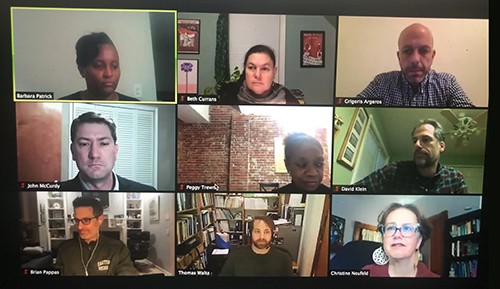 Here is a sampling of the questions posed and the accompanying answers and observations from the participants:

What can you do to have an effect? Organize with student-led groups on campus. And invite some local officials to campus and let them know of your concerns. This is a source of power, because you have a student voting base here. Tell them that “We looked at your campaign and who you are.” Hold them accountable for things they say to you.

Overall advice to students: Be patient. And stay woke – this means you have an obligation regardless of who is elected. Whether it’s Biden or Trump in office, push to make them accountable. Local officials and state officials depend on you as college students to lead the way.

Overall advice to students: Perceive the University and your professors as a resource during this time. We’re not just here as experts. We’re here as fellow citizens who are eager to talk with you, not at you. Ask the question. Ask the follow-up. As scholars, we know that understanding comes from in-depth discussion and debate, not sound bites. The University is a place to find new ways of thinking as well.

What can you do to have a voice: Organize in your communities and leverage the institutions you are a part of. While rights can be conferred from above through laws and court cases, our laws have often not caught up with our cultural norms. When advocating for any minoritized community, you can make changes at the local and institutional level. These local efforts can affect state and national norms and laws.

Local examples of groups to reach out to include MANY (the Mutual Aid Network of Ypsi) and the Interfaith Council for Peace and Justice (ICPJ). You can also work with our EMU resource centers, including the LGBT Resource Center, the Women’s Resource Center, and the Center of Race and Ethnicity (CORE). Talk to your peers and work together to come up with a plan. Reach out to your communities.

Overall advice to students: Get good information rather just responding to what you see on social media. Reach out to other people to see what they need. Build community to minimize isolation. Organize! Ask yourself what kind of change you can make and reach out to others to work toward your goal. Working with others on a shared goal is a great way to channel frustration, avoid isolation, and make change.

Overall advice to students: I’m not here to force you how to think. We want to engage in a two-way dynamic. Even if you think they’ll disagree, always challenge your professor.

• Look after yourself and take care of yourself. Read beyond the headlines.

• And always look beyond the numbers. There’s more (in terms of human elements) there than just a statistic.

Why do we still have the Electoral College? It’s an artifact of the 18th century, and it’s so deeply rooted in the Constitution. It would require small states to give up the clout they have (and that’s not likely to happen).

How do you combat voter suppression? Your best recourse is to vote!

Overall advice to students: We’ve had conflict over elections before. In 1800, the militia actually showed in DC on election day, and there were worries that (defeated incumbent) John Adams would not leave. In 1824, Andrew Jackson got a larger share of the popular vote, but neither him nor John Quincy Adams got a majority share of the Electoral College vote. (Thus Adams was selected president in a House of Representatives vote.) In both instances, the he country didn’t end. There was an orderly transition of power.

• We can think of history as our friend. Understand that history is messy. Remember that you are part of this great American experiment, whatever you chose to do with your life.

Regarding the delays and ballot counting: As odd as the process seems, what we’re seeing now was expected in terms of the slow counting of ballots and shifts from one candidate to another. Conditions are different this year, with many more mail-in ballots (due to COVID), and many states that did not adjust to that.  People should not be anxious about how counting is proceeding.

The courts are not likely to jump into this process. Most judges would not want to get involved in overturning election results. The Supreme Court took a hit to its reputation after Bush v. Gore (in 2000). And that was not an example of a court reversing the outcome of an election, it just stopped a recount that might have changed the result.

What if President Trump refuses to leave? There is no question that he will leave if he loses. Government employees, including the Secret Service and White House staff, will recognize that he’s no longer the president and will start to serve Biden. There is no risk the military will support his staying. It’s troubling to many of us – his publicly questioning the legitimacy of the election.

Overall advice to students: People often treat politics like a sport, where all that matters is whether your team wins. But what happens in politics can have huge effects on people’s lives. I encourage you to think of politics in more serious terms in making choices and interacting with people who are rooting for the other team.

How do we practice self-care beyond bubble baths and breathing techniques? All of those are fine, and a quick web search will provide you with lists of many suggestions for coping in the moment. But what kind of care routines do you need in order to be in this for the long haul?

Americans are really bad at sleep. Please sleep. Examine your habits that affect sleep, such as eating, physical activity, and worry. Thinking of issues is important, but not at bedtime.

How do you make sure you care for your base level of energy and wellness? I acknowledge it’s going to be hard work. Check your routines to make sure you’re recharging your batteries in a routine way. Everyone has unique needs with respect to feeling recharged and you need to experiment to discover which routines work best for you.

Overall advice to students:  Reject media that urge you to lose sight of the humanity of others. Ask yourself: “Does this encourage me to see others as less than human?” I’m a big advocate for social media hygiene.

• Work to identify processes that encourage collaboration, such as rank choice voting. Force politicians to collaborate with each other.

On managing conflict and dealing with family members who voted for people who would actively harm them: It’s important to see people in their totality. People need to be heard in order to hear. I teach a lot of active listening. So try to wait for a person’s last word. And then be prepared to repeat back and reflect as accurately as possible what they said. Ask, “Am I hearing that accurately?” Then you are more likely to be heard.

•  When people feel heard, they can see the gray (in points of view). So approach conversations  with curiosity and purposefully.

• Seek to show compassion and forgiveness. Seek to understand why the other person is making those choices. We often just assume negative intent on the part of others.

• Articulate your perception, and allow others to articulate theirs.

Overall advice to students: We have to get to know each to understand each other.

• Humor matters a lot! We have to laugh to get through this.

• Follow your passions and remember: Opinions are such a small piece of everything.

Overall advice to students: Hold the entities (social media or online for example) you interact with accountable. Quit platforms that continue to allow misinformation. Find different a place to talk to the people you like.

The final word of the lively hour and a half discussion came from Trewn, who offered an overarching piece of advice to students.

“Be safe in all that you do,” she said. “And remember to dance a little.”