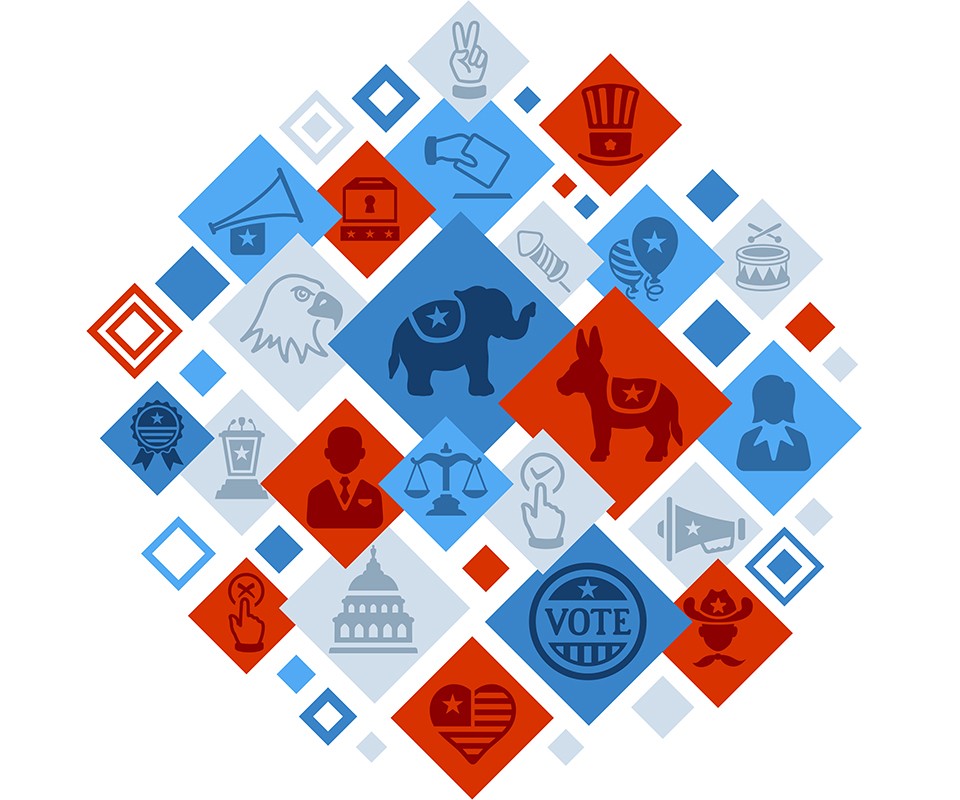 Students in Professor Jeffrey Bernstein’s Political Science 113 class tackled those and other crucial issues of the day in a special virtual poster session on political reform held during class on Tuesday, Nov. 10.

Students designed posters that articulated the elements and arguments of their suggested reforms, which will be debated at a class Constitutional convention that starts Nov. 19. During a series of nine 10-minute sessions, students explained and defended their proposed reforms to classmates and other University guests.

Among the presenters was Megan Griffin, who noted that each state, regardless of population, receives two seats in the U.S. Senate.

Edgar Vasquez was among the students arguing that individuals don’t have equal voting power under the Electoral College system.

“It’s supposed to be proportional to population … But when you actually do the math, Wyoming voters have three times the power than a voter in California,” Vasquez said during his group’s 10-minute presentation.

Noting “the abuses we’re seen in the past four years,” Inman suggested creating checks through a 30-day submission effect, where Congress can deny any pardon during that period.

Considering how our systems works, and could work better

Bernstein said he loved watching his students share their research with their fellow students and other guests at the University.

“It's been a valuable exercise to both appreciate the ways that the U.S. system of government works well, but also to permit ourselves to imagine how considering amendments to the Constitution might help us to become 'a more perfect Union,'” he said.

“Our Constitutional Convention starts on November 19, and I am eager to see which amendments get serious consideration from the delegates at the Convention."