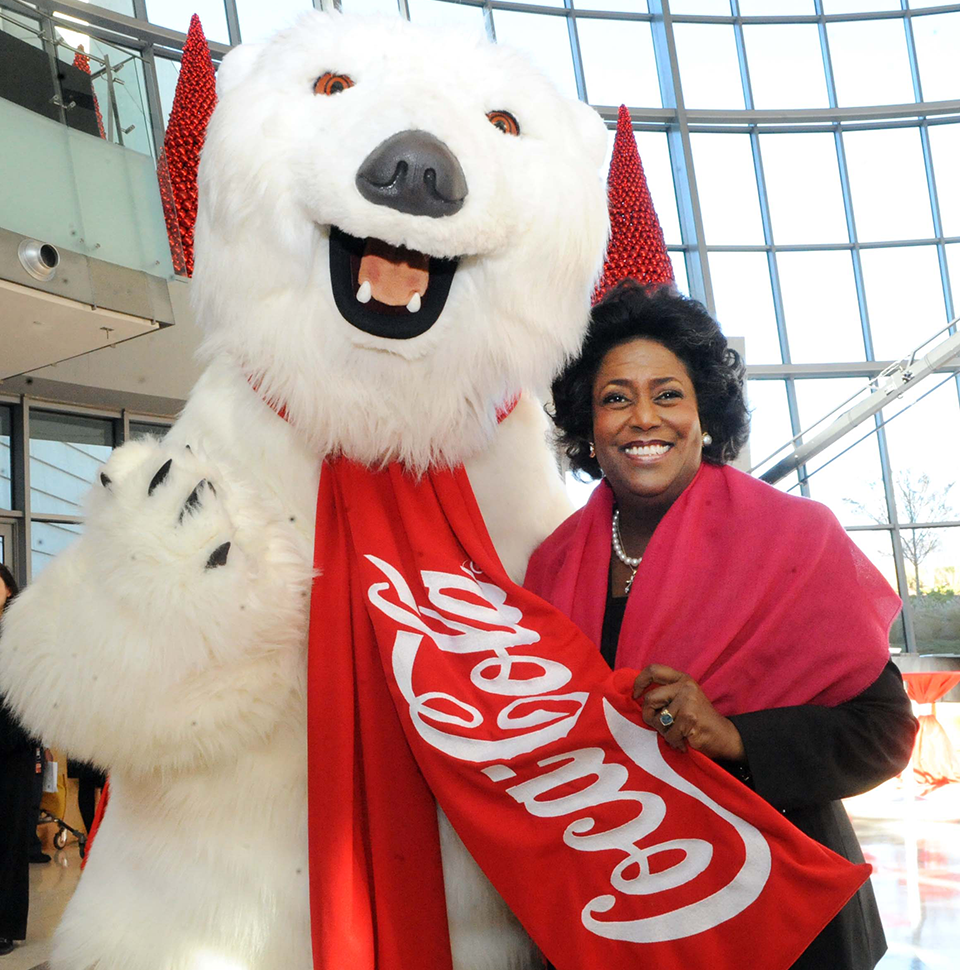 Reflecting on the tumultuousness of 2020, Ingrid Saunders Jones (MA72), a leader who helped open paths for African Americans and women, expressed worry and hope.

The May 2020 death of George Floyd while in the custody of Minneapolis police, she says, will continue to be a transformational moment.

“I think the defining image of watching George Floyd die on television has necessitated the attention of everyone, and more people understand Black Lives Matter now. I think the Black Lives Matter movement will continue and be a part of some level setting in this country around race,” Saunders Jones says.

“As we have become more and more divided, especially in recent years, we’ve got to have the kind of leadership that is going to erase that divide and have us all thinking and believing as people, as Americans, that we all have value. I think it’s a little frightening, the polarization, and we need help with making that go away.”

“They didn't have any women in management when I went to Coca-Cola. So, I took a pay cut, and it was on trust about the reputation of the Coca-Cola Company,” Saunders Jones recalls.

“I felt a responsibility to always demonstrate competency, to not be afraid to speak out—and that's whether it's with a new idea, or about something that was concerning. So, I was very comfortable there.”

Heading into retirement, where initially she saw herself on cruise ships and beaches, Saunders Jones served from 2012 to 2018 as the elected chair of the National Council of Negro Women, Inc., which works to "lead, empower and advocate for women of African descent, their families and communities."

The mission to serve was nurtured at Eastern Michigan University, where her master’s degree in education led her to her first work as a teacher in the Detroit Public Schools system, and then to Atlanta and the position of executive assistant to late Mayor Maynard Jackson, from 1979 to 1981. Saunders Jones recalls Jackson, the first African American mayor in Atlanta and the first in any major city in the South, as the type of leader the nation needs today.

“His je ne sais quoi—or commitment to leadership—philosophically, it was, when you see something you don't like, can you fix it. And he was all about the business of making sure that Atlanta could be the best that she could be in the future,” she says.

“So, Maynard was a hero in the African American community. At the same time, it was his promise to serve the entire community of the City of Atlanta. He was a very dedicated, precise, competent and articulate leader. A lot of the trepidation about an African American becoming mayor subsided when Maynard became mayor."

While Saunders Jones’ experience with Jackson was formative, the foundation for her desire to help people was instilled in her by her parents.

“What you do in life has to have a bigger purpose than getting a paycheck,” she says. “My parents always taught me that the world is bigger than the individual, and you’ve got to make sure that you’re making the world better.”