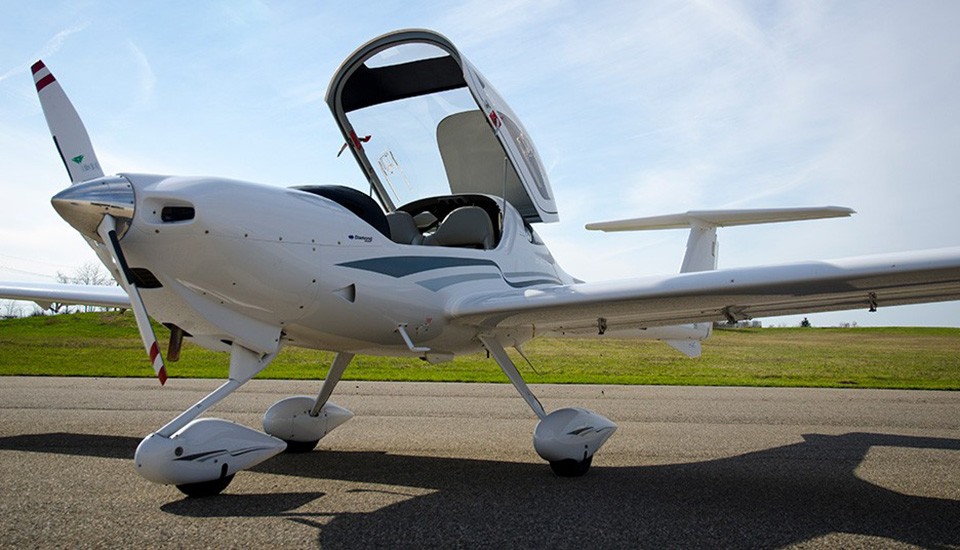 Students of the EMU aviation program now also have access to airports for flight training in Ypsilanti, Howell, Pontiac and Flint.

The program’s Willow Run airplane hangar is owned and operated by Odyssey Aviation, a fixed base operations and ground handling station serving the private aviation community throughout the Bahamas and the United States. The program’s base of operations is also now located at Willow Run Airport. The facility includes offices, flight planning areas and an FAA approved flight simulator.

"We're thrilled to have student flight training and our operations base both up and running at Willow Run Airport," said Jerard Delaney, program coordinator of the EMU Aviation program. "Our aviation program has made great strides over the years, particularly under our new partnership with Crosswinds Aviation, and we're excited to continue growing and enhancing the program for current and future students interested in the aviation field."

Classes are currently being conducted online due to the COVID-19 pandemic, with plans to resume in-person classes in Roosevelt Hall on the EMU campus during the Fall 2021 semester. The aviation program is part of the GameAbove College of Engineering and Technology.

Last fall, EMU signed a five-year partnership agreement with Crosswinds Aviation, a flight training school that says it’s dedicated to having a transformative impact on the lives of youth beginning careers in aviation.

The partnership added a variety of benefits to the EMU Aviation Program, including easier access for commuter students in Livingston, Genesee and Oakland counties.

To learn more about the EMU Aviation Program, visit the program website.

Founded in 1849, Eastern is the second oldest public university in Michigan. It currently serves more than 16,000 students pursuing undergraduate, graduate, specialist, doctoral and certificate degrees in the arts, sciences and professions. In all, more than 300 majors, minors and concentrations are delivered through the University's Colleges of Arts and Sciences; Business; Education; Health and Human Services; Technology, and its graduate school. EMU is regularly recognized by national publications for its excellence, diversity, and commitment to applied education. For more information about Eastern Michigan University, visit the University's website.