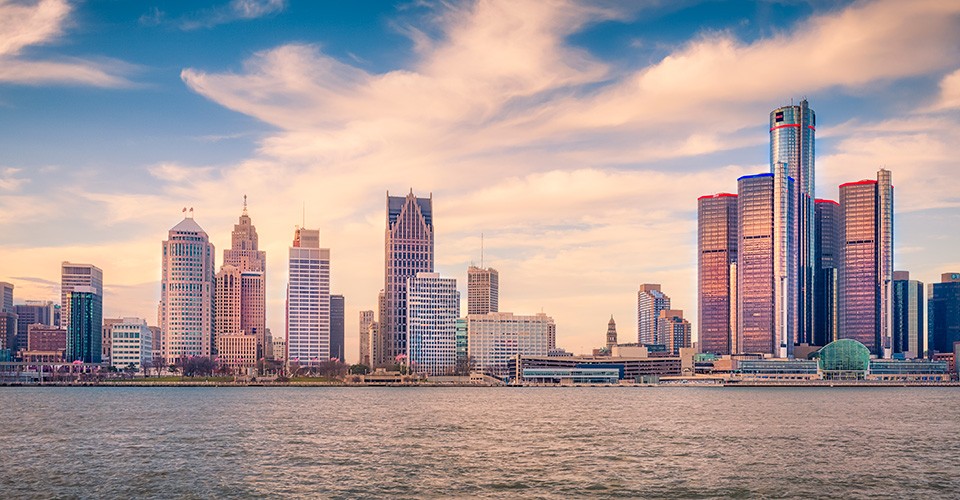 YPSILANTI — The Eastern Michigan University College of Arts and Sciences is celebrating the City of Detroit and its rich history with a number of open to the public events as part of its Detroit-theme year.

The theme year is an opportunity to show how the arts, humanities, social sciences, and natural sciences can all add to our understanding of a single idea, thing, or place. The College and its departments, schools, and programs will host more than 30 events throughout the 2021-22 academic year that explore and illuminate the topic of Detroit.

Some of the events include, an EMU archives exhibit on Detroit;; a faculty and guest artist dance concert featuring Detroit choreographers; a Detroit-student panel discussing what they wish we knew about Detroit; a civil rights history excursion to Ossian Sweet House (home of Black physician, Ossian Sweet, which became the site of a racial incident that resulted in a nationally publicized murder trial) and other sites in Detroit; a Civil Rights film series; a Detroit art tour; specialized talks from EMU faculty, including one from associate professor Gavin Edwards exploring pollutiuon in Detroit—"Detroit's Most Polluted Zip Code: Air Quality and Environmental Justice,” and more.

"Detroit Theme Year events will explore the rich culture and complex history of Detroit, as well as the problems and opportunities confronting the city today," said James Egge, Professor of History at Eastern Michigan University. "We seek to foster a campus and community-wide conversation about how the EMU community can more fully participate in the life and progress of Detroit."

Kevin Boyle, the William Smith Mason Professor of American History at Northwestern University, and the 2021-22 McAndless Professor is keynoting the Detroit Theme Year. A Detroit-native and historian, Boyle will deliver a series of evening public lectures, and will lead workshops with EMU students throughout the year. To learn more about Boyle’s background and experience, visit the CAS Detroit Theme Year website.

One of Boyle’s numerous publications Arc of Justice: A Saga of Race, Civil Rights and Murder in the Jazz Age, received the National Book Award for nonfiction, The Chicago Tribune’s Heartland Prize, and the Simon Wiesenthal Center’s Tolerance Book Award. It was also a finalist for the Pulitzer Prize and was selected for community-wide reading programs in the Detroit metropolitan area and the state of Michigan. Netflix has purchased the rights to Arc of Justice and will bring its story of Detroit civil rights pioneer Dr. Ossian Sweet to viewers around the world.

The topics and dates of Professor Boyle’s keynote presentations are below:

Detroit is why we are here

EMU was founded in 1849 as the Michigan State Normal School to train teachers for Michigan's schools. Although its graduates were to serve all of Michigan, the legislature placed EMU’s campus in the southeast corner of the state to be near Detroit, the state's center of population. When it became a university in 1959, the name Eastern Michigan University was chosen to mark the school’s Southeast Michigan home and identity. Serving the people and communities of the Detroit region is a central focus of its mission.

The 2021 Journal of Narrative Theory Dialogue event, which was heldearlier this year, titled  "Detroit as a Narrative Space", kicked off the theme year. The event was centered on the theme of Detroit, taking a look at how the city serves as a site that inspires narrative and gives rise to literary, artistic, and activist communities that shape its story. Detroit-based authors Desiree Cooper and kim d. hunter discussed how their creative and activist work is shaped by their hometown.