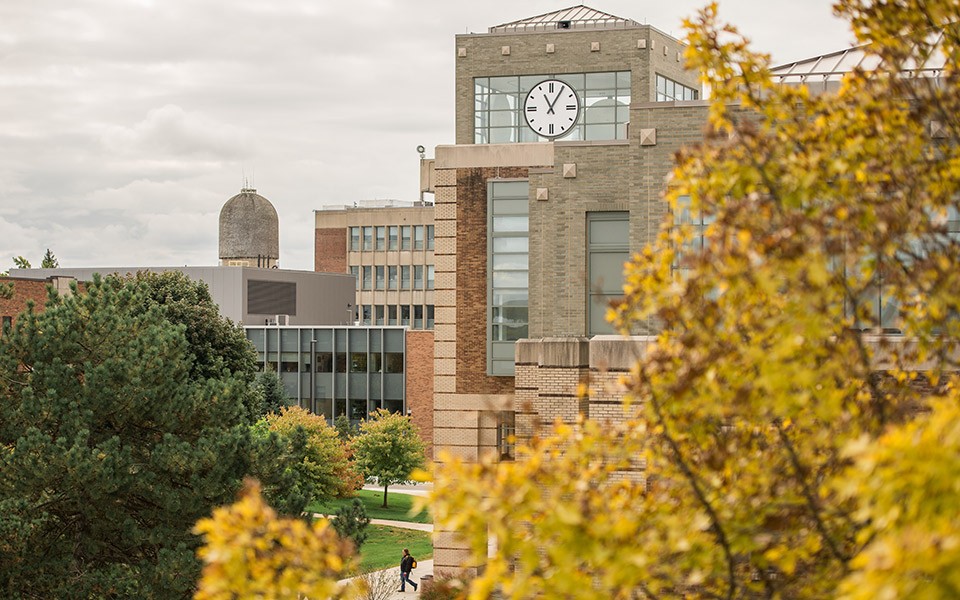 YPSILANTI – During its general meeting on Thursday, Oct. 14, 2021, the Eastern Michigan University Board of Regents approved plans to award approximately $52.6 million in financial aid during the 2022-23 academic year.

The financial aid budget for 2022-23 reflects the University’s continued emphasis on minimizing net costs for students by offering a high level of financial support. This is further evidence of Eastern’s mission to be an institution of opportunity, with the state’s most diverse student body.

“It is critical we continue to support the financial needs of our students in a way that supports their academic, social and career needs, while also responding to this unprecedented world health crisis,” said EMU President James Smith.

Here is a snapshot of the University’s various financial aid packages:

Education First Opportunity Scholarship (EFOS) - EFOS-eligible students effectively receive free tuition through a combination of their federal Pell Grants and the University’s EFOS funds, which are factored together to fully offset tuition costs. Eastern was an early leader in offering programs such as EFOS to academically talented, low income students. Currently, more than 1,000 Eastern Michigan University students are receiving EFOS funds and paying no tuition.

Presidential Scholarship: Annually provides 18 qualifying students with a four-year award to pay 100 percent of tuition and fees and room and board for up to four years.

Emerald Scholarship - an academic award for entering freshmen based on their high school GPA and standardized test scores are utilized to determine award amounts. This reward is renewable for four years.

Athletic Awards are determined by coaches following the NCAA guidelines.

Eastern Michigan’s scholarship webpage provides additional details on these programs and the entire range of the University’s financial aid support, as well as application information.

About Eastern Michigan University
Founded in 1849, Eastern is the second oldest public university in Michigan. It currently serves nearly 16,000 students pursuing undergraduate, graduate, specialist, doctoral and certificate degrees in the arts, sciences and professions. In all, more than 300 majors, minors and concentrations are delivered through the University's Colleges of Arts and Sciences; Business; Education; Engineering and Technology; Health and Human Services; and, its graduate school. EMU is regularly recognized by national publications for its excellence, diversity, and commitment to applied education. For more information about Eastern Michigan University, visit the University's website.