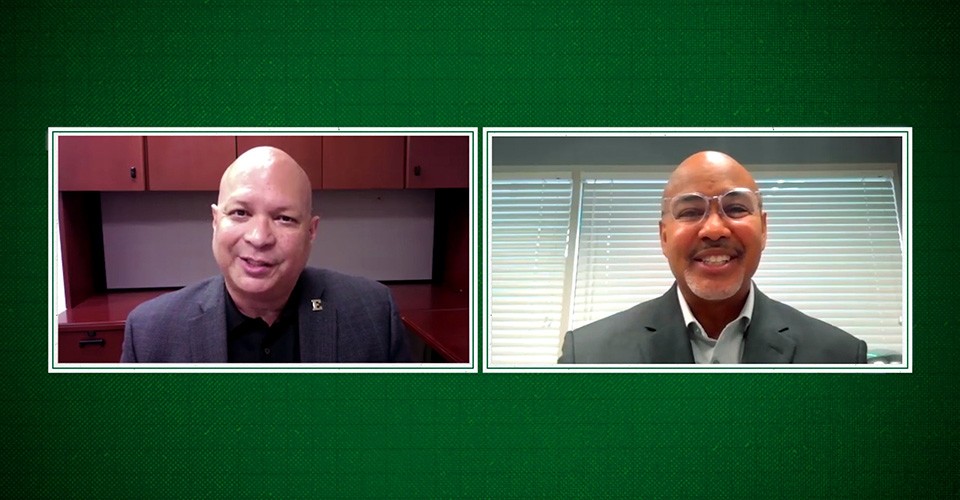 YPSILANTI --  The latest episode of EMU Today TV gives viewers an inside look at this year’s fall first-year student enrollment gains at Eastern Michigan University. Highlights of the incoming class include:

Vice President for Enrollment Management Kevin Kucera discusses the strategies behind the numbers.

The second segment of the new episode features new Men’s Basketball Head Coach Stan Heath with a look at the upcoming season that begins Nov. 9 on the road against Big Ten opponent Indiana. The team has exhibition games on Oct. 28 against Oakland University and Nov. 5 against Goshen College at the EMU Convocation Center.

Heath, a three-year letter winner from 1985-1987 at Eastern, was named the University’s 30th Men’s Basketball Head Coach in April 2021. In the interview, Heath discusses his recruiting efforts and plans for the upcoming season.

Now in its fifth season, EMU Today TV highlights positive programs, events and initiatives at Eastern, and provides opportunities for viewers to learn more from University deans, faculty, students, administrators and alumni about activities at the University.