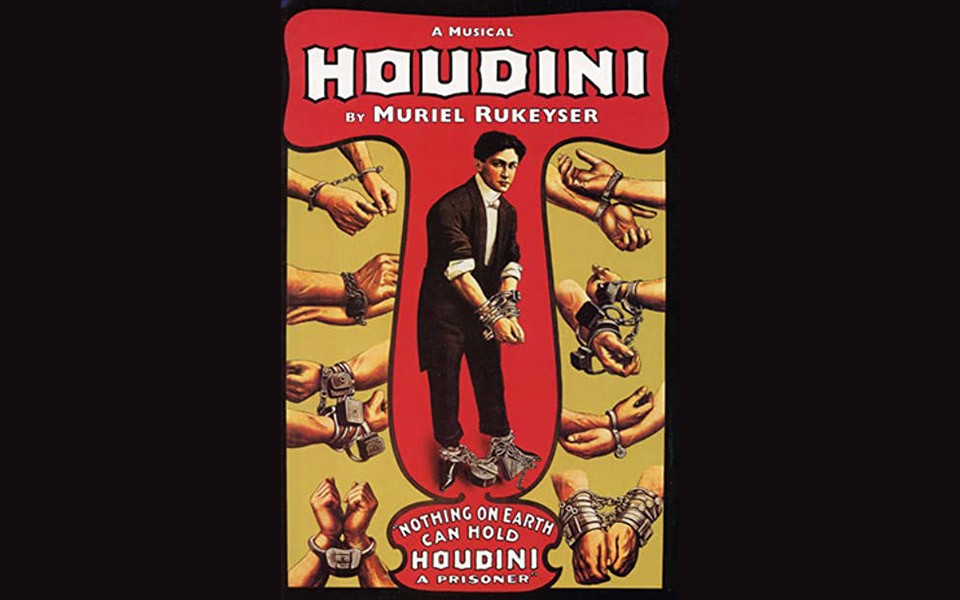 YPSILANTI– Theater enthusiasts will have the opportunity to attend four staged readings of Rukeyser’s musical, “Houdini,” organized by the Muriel Rukeyser Living Archive. The shows are directed by Eastern Michigan University’s theater professor Lee Stille and performed by students in the EMU theater program. The performances are supported by Eastern’s Center for Jewish Studies, English Department and a generous grant from Michigan Humanities.

“The play is highly entertaining and captures Houdini’s transformation from Hungarian-born Eric Weisz, son of a rabbi, to the most celebrated escape artist of all time,” said Elisabeth Daumer, professor of English and women’s and gender studies and administrator of the Muriel Rukeyser: A Living Archive. “Along the way, the play challenges us to consider how we respond to gender inequality, racial bigotry, religious persecution, and the power of magic. The play challenges us to consider the locks that constrain us and the keys to our freedom.”

Two staged readings of Rukeyser's "Houdini" are scheduled in Ypsilanti and two in Detroit, along with lectures and other auxiliary events. The first event is at 2 p.m. on March 20 at the Sponberg Theatre on EMU's campus. Before the show, there will be a webinar at 11 a.m. The second will take place on March 24 at Riverside Arts Center, collaborating with YpsiWrites.

The Muriel Rukeyser: A Living Archive was the brainchild of Daumer. The archive was created to provide a comprehensive resource for reading, exploring, and teaching the poet Muriel Rukeyser’s work and interests, from poetry and the visual arts to religion, history, science, and technology.

“She was convinced that poetry in its many forms creates unique meeting places for readers especially needed during times of conflict and crisis, which tend to divide and isolate people,” said Daumer. “But she was also aware that many people are afraid of poetry and think they won't understand it. So she incorporated poetry into popular forms, like her musical on Houdini, to make it accessible and fun.”

According to Daumer, the shows aim to honor Rukeyser's work and bring awareness to the vast amount of archival materials recently donated to the Halle Library Archives.

All shows are free and open to the public. The performances are first serve with no registration required. For those unable to attend, the performances will be live-streamed. More information about showtimes, events, and background on the musical is available online.