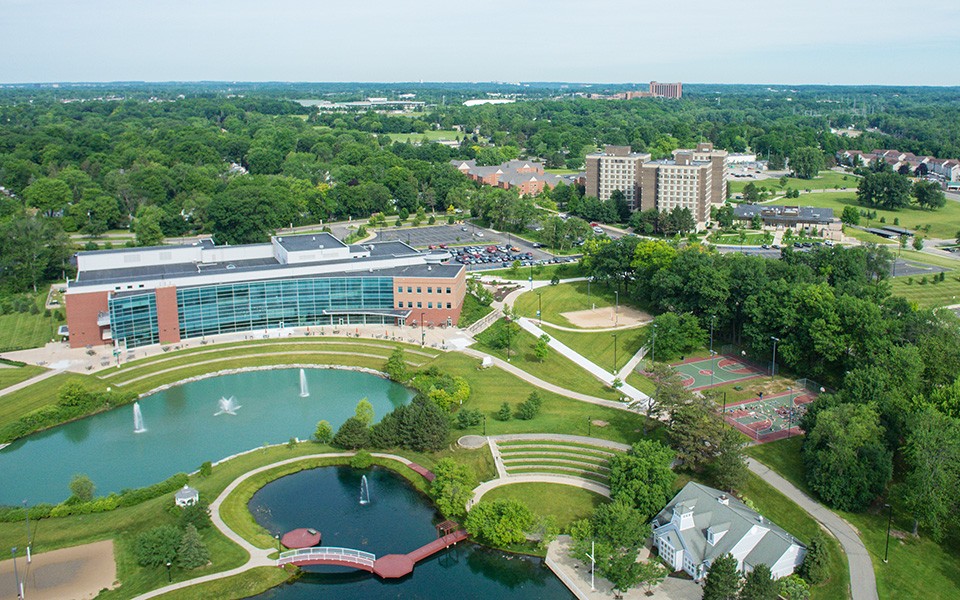 YPSILANTI --  Eastern Michigan University today (May 20, 2022) released Cozen O’Connor’s report of their external review surrounding the University’s response to allegations of sexual misconduct against three former students who are facing criminal charges related to multiple off-campus incidents. The incidents in question occurred between 2015 and 2019. The University released the report in its entirety; no material has been omitted, redacted, or withheld at the University’s request.

The University engaged the firm in the fall of 2020 to conduct a fact-gathering investigation to determine whether the University had notice of potential misconduct by the three former students and what actions, if any, the University took based on available information. Over a period of 20 months, Cozen O’Connor reviewed the University’s conduct in the context of Title IX of the Education Amendments of 1972, the Jeanne Clery Disclosure of Campus Security Policy and Campus Crime Statistics Act, and University policy as each existed at the time of the alleged assaults.

At the time the University announced the external review and in many subsequent communications, the University affirmed that the results would be made public in their entirety and that any gaps in processes would be addressed aggressively.

Cozen O’Connor’s work was comprehensive and holistic. The firm reviewed an extensive range of documents and interviewed 25 individuals (some on more than one occasion). The firm also reviewed the University’s current and past policies and procedures, training documents, email communications, University police records, a prior University audit, a comprehensive climate survey (discussed below), and information regarding EMU’s Title IX office, as well as several other offices on campus. And, the University’s actions in these cases were compared to a wider sample of University Title IX case files over the relevant time frame. Cozen O’Connor also reviewed a wealth of outside information from local police departments and the prosecutors’ offices involved in the criminal charges against these men.

Notably, Cozen O’Connor’s report is a product of a neutral, impartial, and external fact-gathering process. The firm’s findings, observations, and factual synthesis are theirs, and theirs alone, without interference or direction by University personnel or any attorneys retained by the University as to the content or outcome. Similarly, the University did not set the timing of the conclusion of the investigation or the completion of the report.

The report’s significant factual findings are as follows:

In addition to these findings, the report reviewed the then-existing University Title IX policy, which closely tracked the Title IX statute in effect at the relevant times. It also discussed and restated the results of a recent Title IX Campus Climate Survey conducted by the University, whose final results were also publicly released.

The Report’s findings are largely consistent with the University’s internal factual investigation, and it has already begun a number of efforts to address not only the record-keeping deficit identified by Cozen O’Connor, but also the issues raised by the internal climate survey.

Eastern Michigan University President James Smith said, “I am heartened to learn that the University appears to have acted appropriately within its level of knowledge with regard to these complaints. However, it is clear we have work to do with regard to creating comprehensive records of our investigations and case files, as well as increasing campus-wide training and education regarding Title IX.”

“Everyone in our campus community needs to understand what Title IX is, what it does, and – critically – who to talk to if they need help. All students, but particularly survivors of sexual assault, should feel supported and empowered here. We have allocated additional resources to Title IX to help us accomplish these goals, and are presently engaged in a wide-ranging effort in this regard, including stakeholders from around the university: students, faculty, and staff.”

Prior to Cozen O’Connor’s review of Title IX compliance, the University initiated a comprehensive independent external review of Title IX policies and procedures in March 2019. That review was conducted by Rebecca Leitman Veidlinger, Esq., PLLC, who leads a distinguished team of attorneys and investigators with deep Title IX experience in higher education. Veidlinger’s final report concluded that “Eastern Michigan University’s Title IX compliance office and related policies and procedures reflects that the institution has made a very meaningful commitment to addressing sexual misconduct in its educational community.” The University has committed to conducting such external reviews triennially, and is currently in the midst of the next such review.

Eastern Michigan University is committed to fostering a safe campus environment and encourages open communication between students and leadership, which is reflective of the University’s strategic plan commitment to promoting student success and engagement. It has implemented many measures to further support students. Please visit this page to learn more.

“There is no question that campus sexual assault is a serious challenge in our nation and one that must unite us in a powerful commitment going forward,” said Smith. “Collectively, we must confront sexual assault and support survivors who bravely come forward to tell of their past victimization by other students.”

Eastern Michigan University takes all claims of sexual assault and sexual misconduct seriously and is committed to the thorough investigation of such incidents. If you have any information or wish to report any incident of sexual assault or misconduct, please contact EMU Police at 734-487-1222 or at dps_questions@emich.edu, or file an incident report with the EMU Title IX Office.