Around the World in 47 Tours 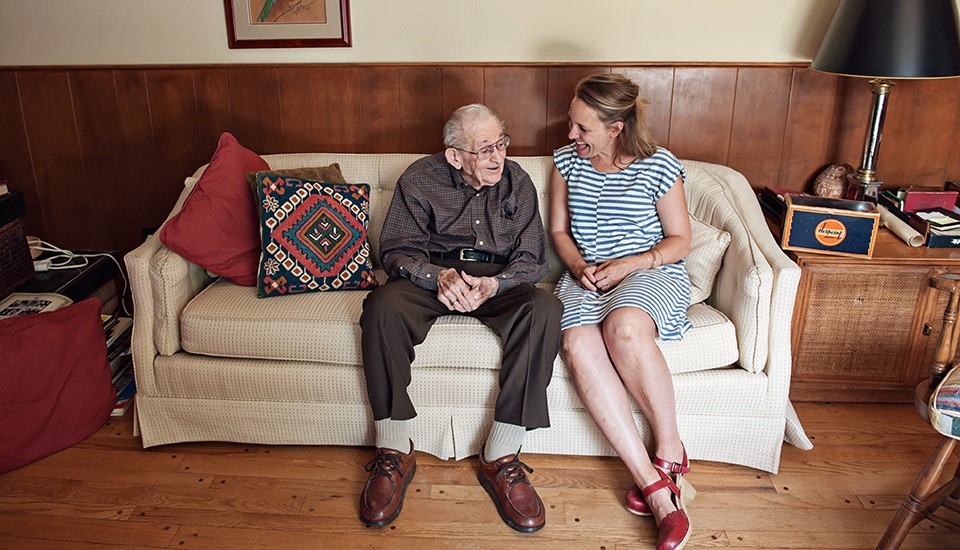 Reinhard Wittke, 93, has donated hundreds of pieces of memorabilia to EMU, and along the way has forged a strong friendship with archivist Alexis Braun Marks. (Leisa Thompson Photography)

Reinhard Wittke remembers the first time he broached the idea of an overseas program at Eastern to the head of the graduate school.

“He ignored me,” the emeritus professor of history says. “Two years later, in 1959, he came to me and said, ‘Prepare your itinerary.’ I said, ‘You mean I’m fired?’ He said, ‘No, we want to start an overseas program.’ ”

The first edition of Wittke’s European Travel Study Program (which later became the International Studies Program) attracted 35 graduate students and teachers; the number of participants varied over the years from as few as 12 to as many as 55. In the 1970s, he conducted classes in Munich that were so highly regarded that they regularly attracted teachers employed by the U.S. Department of Defense from as far away as Belgium and Italy. Eastern’s then President Harold Sponberg and his wife, Grace, twice visited the tour group in Munich.

That was just the beginning: “Bologna was like a morgue; five people had been killed in a disturbance the day before we arrived. In Venice, all the porters were on strike and St. Mark’s Square was flooded, so we had to carry our own bags across a makeshift plank walkway to our hotel. With the things that happened, you wonder why you did it a second time.”

Not only did he do it a second time, but he eventually led 47 tours, mostly in Europe, but there were also ventures to Australia, China and New Zealand. In 2014, after his wife had passed away, he established the Reinhard and Bert Wittke Scholarship for International Studies to support participation in international travel and study abroad.

Sometimes, when the classrooms he normally used were unavailable or some government or other preferred he not teach about certain topics, he would lecture on the bus, in restaurants or, on one memorable occasion, in the beer garden in the Munich marketplace. “There were at least a hundred Germans listening to that lecture,” Wittke recalls.

That was one of the times when he purposely spurned the classroom, in favor of what he liked to call “history on the spot.” In Munich, for example, he would take the group on the “Hitler walk,” visiting restaurants that Hitler frequented or the place where the Munich police crushed the Nazi Party’s failed coup attempt known as the Beer Hall Putsch in 1923.

“I used to give a short lecture on all of this, standing in that square,” says Wittke.

Wittke ran the program under Eastern’s auspices until his retirement in 1990, then continued it on his own until 2007, when he was 86. The lasting friendships he made helped incentivize him—“I still have a great extended family today”—but “I quit because I couldn’t see very well,” he says. “Magoo wasn’t a good tour leader.”