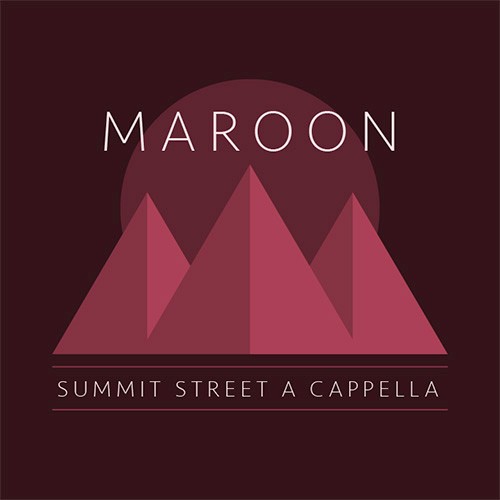 The album will feature eight original a capella cover arrangements, including songs like “All of Me'' by John Legend, “Follow Me” by Uncle Kracker, “Someone You Loved” by Lewis Capaldi, and mashup of AWOL Nation’s “Sail” and Hozier’s “Take Me to Church.”

Summit Street represented Eastern earlier this year in the 2021 Great Lakes Quarterfinal 4 of the International Championship of Collegiate A Cappella (ICCA) where they made it to the quarterfinals among 3,500 performers in 250 groups from universities across 33 states and five countries. The event is hosted by the Varsity Vocals, a worldwide competitive a capella program.

According to the ICCA site, this season’s competitors faced the challenge of creating a four-minute music video in lieu of a traditional competition set, all while maintaining appropriate social distancing measures. The difficulty of learning and performing music and creating something vocally and visually artistic and appealing — without being able to come together in a traditional way — was considerable.

The debut album can be pre-ordered now through the Summit Street LinkTree homepage, which also features the group’s first two singles, a Phineas and Ferb Medley, and Close Imagination (Maroon Version), which is the remastering of the group’s original version of the tune, previously performed at the ICCA.

"This album is special to us because in a year where we thought we would have no rehearsals, no performances, no music, we were able to create something meaningful, something that likely wouldn't have been possible for us in the past,” said Andrew Richardson, President of Summit Street (Fall 19-Winter 21). “Our members rose to the challenge and overcame adversity of global proportions, and we're better for it. Summit Street: Maroon is the product of that growth.”

The group started the recording process shortly after the start of the Winter 2021 semester, amid the COVID-19 pandemic. David Garvey, Summit Street music director, recorded rehearsal tracks of all of the songs so that the singers could practice in remote rehearsals and on their own time—and he produced the entire album. Each singer was individually recorded for the tracks and music videos in a COVID-safe recording booth. Each singer had 2 recording sessions for the album, which each lasted 2-3 hours.

"The music that we have created over the last year defies all odds,” said Trevor Miner, Music Director of Summit Street F19-W21. “We produced several music videos, a full-length album, and endless memories despite the challenges that COVID-19 brought us as an organization. All of this was accomplished without having regular in-person meetings or rehearsals.”

“Musicians have been heavily affected by the pandemic,” he continued. “But thankfully we have a great group of determined singers and some amazing people working behind the scenes that have made all of our work possible."

Summit Street, established in 2019, is a TTBB (tenor, tenor, baritone, bass) a cappella group, which is traditionally an all-men’s chorus. However, aligned with EMU’s mission to foster a diverse and inclusive community, the singing group is open to anyone regardless of identification. The group currently consists of 13 singing members and 3 tech members that assist with all aspects of recording, video production and more.

Summit Street aims to promote personal and professional development through strong musicianship, leadership opportunities, on-campus events and participation in musical competitions and performances. The group seeks to enrich members and audiences by encouraging diversity and excellence through a cappella music.

For more information on Summit Street, visit the group’s homepage.