EMU’s Civil Rights Forum continues with “Neshoba: The Price of Freedom” on Jan. 25 - EVENT CANCELED AND WILL BE RESCHEDULED 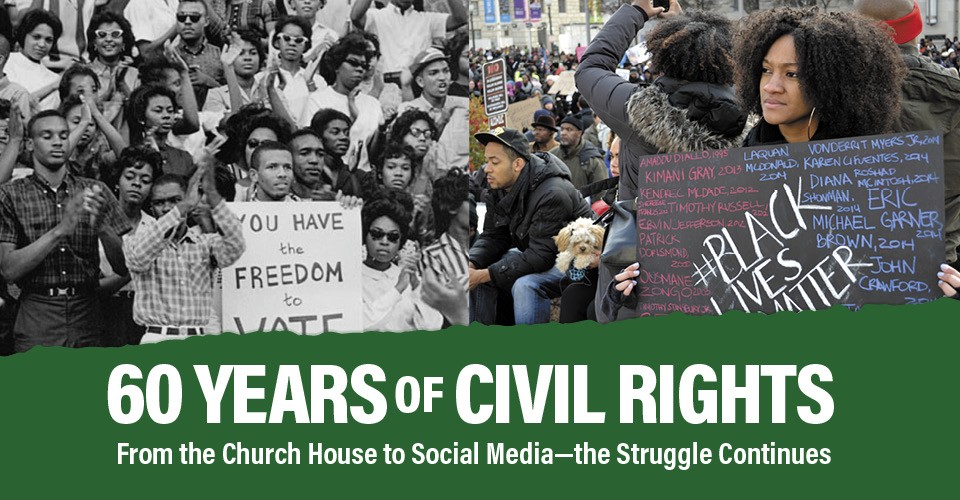 EDITOR'S NOTE: The Jan. 25 event has been canceled due to inclement weather and will be rescheduled for a later date. Please visit the Civil Rights & Social Justice Center website for updates.

YPSILANTI — Eastern Michigan University will present the second event in its three-part speakers’ series, “60 Years of Civil Rights: From the Church House to Social Media, the Struggle Continues,” Wednesday, Jan. 25, from 5 to 7 p.m. in the EMU Student Center (Ballroom B).

Leroy Clemons, community organizer, and activist, will offer insights and lead discussion on the 1964 Ku Klux Klan murders of civil rights workers James Chaney, Andrew Goodman, and Michael Schwerner in Neshoba County, Miss., supported with clips from the documentary film “Neshoba: The Price of Freedom.” The murders went unpunished for 40 years until Clemons led a movement that resulted in the reopening of the investigation.

Schwerner and Goodman, both white New Yorkers, and Chaney, a black Mississippi native, met as volunteers during “Freedom Summer,” while working to register black voters in the state. The three were chased, harassed, and shot to death by KKK members from the local community, a group that included the county sheriff, his deputy, and Edgar Ray Killen, a Baptist minister.

The killings were a seminal moment in the American civil rights movement, but the story of the three young men is one many contemporary college students know little about according to Barbara Patrick, professor of political science and director of the EMU Civil Rights and Social Justice Center.

“The murders happened decades before today’s students were born, but the events surrounding them provide important context for social justice efforts since that time,” Patrick says. “What took place shined a bright light on the gross racial inequities in America, and provided momentum for the passage of the Civil Rights Act of 1964.”

In June 1963 President Kennedy proposed the Civil Rights Act, the most comprehensive legislation of its kind in the country’s history, which was signed into law by President Lyndon Johnson on July 2, 1964—11 days after the disappearance of Schwerner, Goodman, and Chaney, while the search for them was still ongoing. Their bodies were discovered buried at a Neshoba County farm on August 4.

Clemons, the event’s moderator, is a native and former alderman-at-large of Philadelphia, Miss., where the three activists were arrested for alleged speeding the night they disappeared. Clemons serves as a youth and community engagement facilitator and racial equity trainer and is the executive director of the Neshoba Youth Coalition and the former president of the Neshoba County NAACP. Clemons led the movement that resulted in the reopening of the investigation into the murders of Chaney, Goodman, and Schwerner. In 2005, a grand jury charged Edgar Ray Killen with murder; he was ultimately convicted of manslaughter and sentenced to 60 years in prison.

The speakers’ series is sponsored by the College of Arts and Sciences’ Civil Rights and Social Justice Center, and the departments of Political Science and Africology & African American Studies. All events are free, and the public is encouraged to attend.