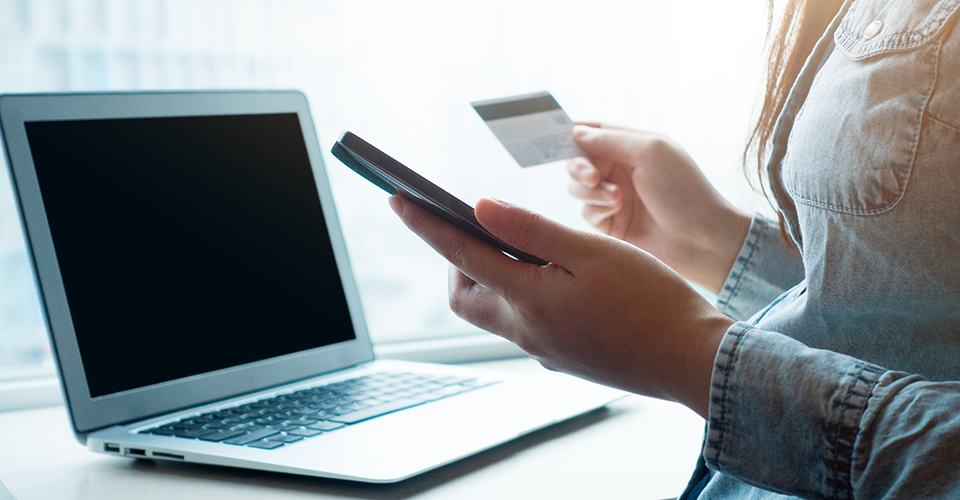 Coberley, who graduated from Eastern in December 2016, received the 2017 Women in Security Academic Award from Duo Security, one of the fastest growing information security companies in the world. The award was created in 2015 to recognize women who are inspiring a new generation to transform the security industry. Faculty members and colleagues in the EMU Information Assurance program nominated Coberley in recognition of her efforts at the University.

“I didn’t get to read their nomination statements and only found out after I had won the award that I had been nominated at all,” said Coberley. “One my good friends in IA, Jessica Wilson, shared with me the knowledge that multiple people had put in statements to recognize my efforts at EMU. I’m still awed. It must mean I did something right after all!”

The EMU Information Assurance Program is a Center of Academic Excellence in Information Assurance, sponsored by the National Security Agency. The program is a partner in the National Initiative for Cybersecurity Education (NICE) focused on cybersecurity awareness, education, training, and professional development. The EMU IA Program is committed to awareness and competence across the nation to develop an agile, skilled workforce capable of responding to a rapidly developing array of cyber threats.

The course work at the bachelors and graduate level meets the NICE Cybersecurity Workforce Framework and provides a common lexicon that can be overlaid onto any organization’s occupational structure.  The course framework addresses emerging work requirements to help meet and exceed the National need for cyber security professionals.

• Manager and president of the campus Quidditch team.

• Presented at the Undergraduate Symposium in 2015.

• Served on a student advisory board to the EMU Board of Regents.

Coberley currently works in cyber intelligence at a healthcare company, using the skills that she gained at EMU to proactively address threats facing the company and to quickly gather accurate information about current or future incidents.

Interest in the infosec industry

Curiosity drew Coberley into the field of information security. She spent her Saturdays during her senior year of high school attending the EMU introduction to information assurance course offered through her local technical center.

“The course appealed to me both as something challenging and an area that would feed my curiosity,” Coberley said. “In information security, if you’re not regularly updating yourself on the newest threats or trying to tackle new skills, you start to lag behind.”

While the infosec community at EMU encouraged and challenged her, Coberley was also motivated to stay with the program because she felt that there needed to be more women in the field.

“I wanted there to be more girls in my classes and in the meetings I went to outside of college, and I still feel that way,” said Coberley. “The best way I learned to initiate change was to be part of it, so I continued to get out there and pull along as many pals as possible.”

This spurred Coberley and Wilson to co-found the Women in Information Assurance program to encourage women to join the IA program at EMU.

“The main idea was to promote and support a diverse group in our major at EMU,” Coberley said. “It represents a larger mission to break the gender majority in STEM, and to open the door for honest conversation by all genders to address their challenges in our technology-focused world.”

Contributions to IA after graduation

Coberley hopes to continue encouraging and interacting with the Women in IA group on the EMU campus, as well as volunteer at Digital Divas in April 2017.

One of her goals is to work towards creating or joining a group that brings information security to the general public.

“I think the community at large needs a way to translate the mysterious smoke and mirrors of hacking into tasks they can accomplish to improve their personal security and privacy,” said Coberley. “The link between the two—techies and armchair techies—just needs to be made in a welcoming format.”

When asked for advice to give to girls and women interested in joining the infosec industry, Coberley said to take advantage of the free online resources in coding and online webinars from security professionals on current hot topics and buzzwords, or attend a security conference. She also said to find a peer or a mentor.

“It can make a world of difference to have someone to turn to with questions who won’t judge you, even if you have to ask them 42 times the correct configuration options for a machine,” said Coberley. “Ask questions. Keep learning. Be great.”

How award winners are chosen

Women in Security Academic Award winners are chosen by a panel of information security leaders. Selection criteria is based on:

• Significant contributions to the fields of information security and privacy.

• Providing mentorship and encouraging the empowerment and success of women in the security industry and related causes.

Nominations for the 2018 Duo Security Women in Security Awards will open in September 2017 and more information about the awards can be found on Duo’s website.

Duo Security is a cloud-based Trusted Access provider that protects thousands of companies and organizations against data breaches. Clients protected by Duo include NASA, Facebook, Paramount Pictures, Toyota, Twitter and more. The company is headquartered in Ann Arbor, with several hundred employees in San Mateo, Calif.; Austin, Tex.; and London.