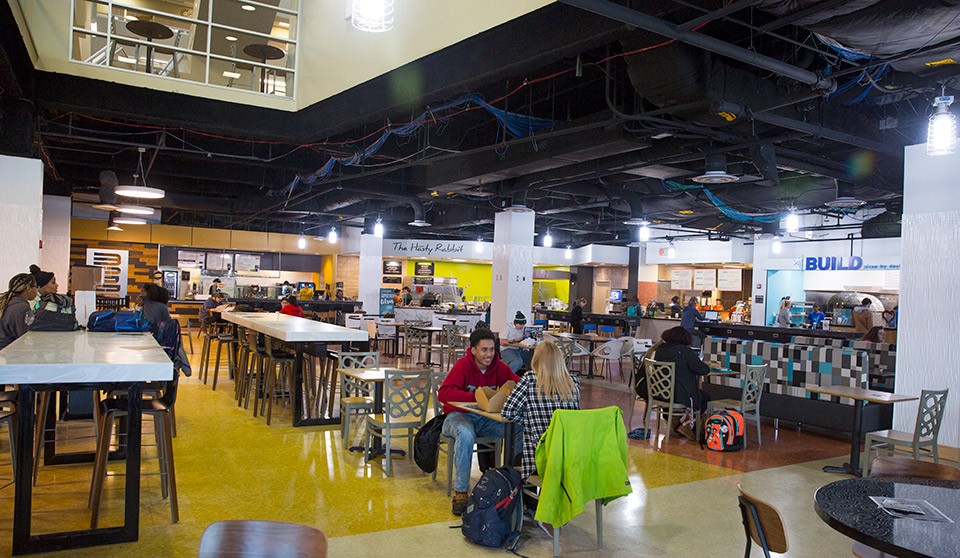 The EMU Board of Regents approved the extension at its regular meeting on Friday, Feb. 9. In June 2016, the Regents authorized a 10-year dining services agreement with Chartwells, a partnership that, according to new survey results, led to increased student satisfaction, along with multiple new dining destinations.

The first year of the agreement also included significant capital investment by Chartwells, with the movement and expansion of the Starbucks location in the Student Center. The spacious café features outdoor sidewalk seating, a fire pit and views of the lake house and pond. Chartwells also introduced a variety of other options, including the addition of a Chick-fil-A dining facility in McKenny Hall and a Smashburger in the Student Center.

A 2017 student survey identified strong improvements over pre-Chartwells dining offerings, which were also measured in an earlier survey. The latest survey, administered by the EMU Office of Institutional Research and Information Management (IRIM), identified improved student satisfaction in terms of taste, speed of service, availability of healthy options and price/value.

The survey, to which nearly 60 percent more students responded than in the previous year, also showed that more students are eating in the Student Center than before and that there is greater usage of the Commons residence hall dining area as well.

The University expects to realize an additional $50.8 million over the five-year extension term of the agreement, which includes a additional $5.5 million upfront payment to Eastern.

Under the agreement, student workers are being employed for an equal or greater number of hours annually as existed in the University’s previous dining operations. Student employees are paid at a highly competitive wage rate.

Also included in the dining services plan were significant service-related initiatives regarding:

Eastern Michigan joined a variety of other large Michigan public universities in working with an outside partner to run its dining services. These include Central Michigan, Oakland, Wayne State and Grand Valley State universities. A recent national review found that 74 percent of universities nationwide utilize a third-party to provide food services.

Chartwells is the recognized leader in contract food service management, hospitality and award-winning guest service within 280 college and university dining environments throughout academic institutions across the U.S. Chartwells’ new brand mantra, “Where Hungry Minds Gather,” signifies its commitment to reinventing the dining experience for the next generation of students and beyond. “Our nutritious cuisine not only satisfies the unique appetites, lifestyles and dietary needs of every guest dining on campus, but it also brings people together to promote the high-intensity relationships that will prepare students for the future,” the company says.