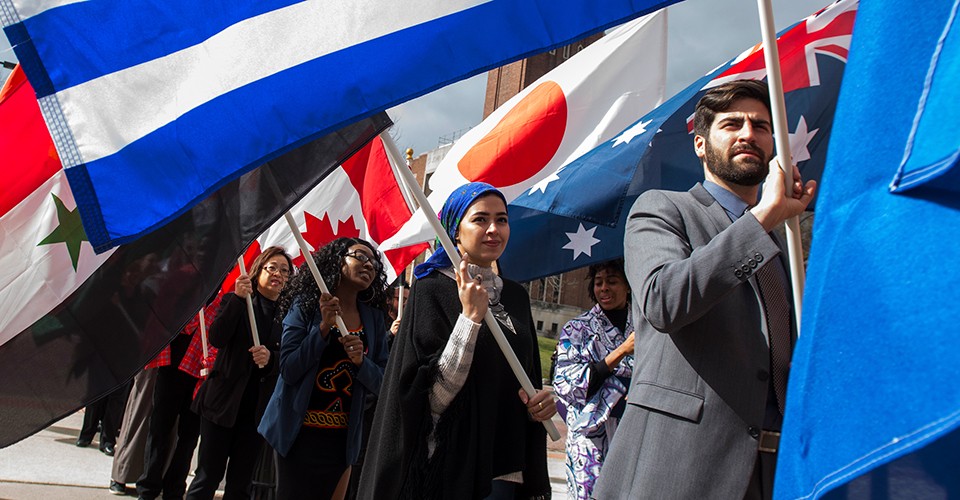 The new single-rate tuition plan reflects of the University’s emphasis on serving students amid the changing enrollment patterns and student needs at American universities.

The Eastern Michigan University Board of Regents approved the new tuition rates at its regular board meeting on Friday, June 22.

As all other students, international undergraduates will pay $413.60 per credit hour in the coming academic year. That represents a reduction of 60 percent from the tuition rate for an international student last year.

“We operate in a global environment,” said Smith. “Students from all over the world are figuratively next door in terms of their accessibility and their interest in attending college in the U.S. That is particularly true here at Eastern with our strong faculty and staff support of international students, and our proximity to a world-class airport with daily direct flights to many overseas cities.”

More information about international admissions at Eastern can be found on our website.

The new initiative in no way reduces or impacts the recruitment efforts and enrollment of Michigan students to attend Eastern.

The TRUEMU Global Rate tuition plan builds upon Eastern’s extensive efforts over the past two years to recruit and welcome international students to campus – one of President Smith’s priorities since he took office in the summer of 2016.

The nationally-recognized #YouAreWelcomeHere campaign, designed to make international students aware of how they can flourish academically and socially at Eastern, includes a variety of initiatives, including social gatherings, efforts to grow campus awareness and special scholarships.

For example, the campaign features a highly visible banner initiative featuring 120 individual international students. The banners were placed on light-posts around the campus and on major roadways in Ypsilanti. The University also placed a large banner featuring international students on its parking structure, with other banners located around campus highlighting students and their many home countries.

Eastern also teamed up with the Washtenaw County Convention and Visitors Bureau to offer a further local touch, producing a video, narrated by Ypsilanti mayor Amanda Edmonds that spotlights the distinct, diverse and welcoming character of Ypsilanti and the University.

Earlier this spring, Eastern Michigan University, together with Temple University and seven other U.S. university partners, announced they are launching a national scholarship program for incoming international students for fall 2019.