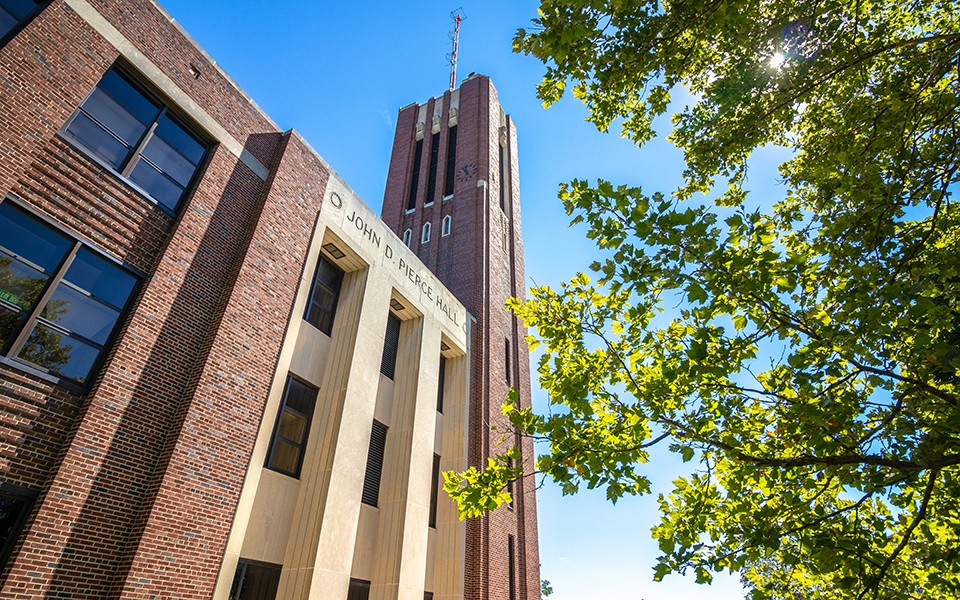 YPSILANTI – “We learned that progress does not come without great personal sacrifice.” – Alumnus Robert Smith, who took part in the 1969 Pierce Hall takeover.

Smith, along with other Eastern Michigan University alumni who were involved in the Black Student Association in the late 1960s and early 1970s, will converge on the Eastern campus Saturday, July 28 to recall and commemorate their activism, including the sit-in and takeover at Pierce Hall on Feb. 20, 1969.

The group will participate in a public recollection that will serve as the foundation of an Oral History Project for the University Archives, and will serve as a kick-off for a set of events that will culminate in a February 2019 Commemoration of the 50th anniversary of black students’ takeover of the building.

The takeover was among a set of actions designed to pressure EMU leadership to initiate reforms and changes that would enhance racial diversity, improve the campus climate and promote inclusive learning.

The sit-in occurred in the context of the Civil Rights Movement that swept through the United States during the 1960s. The EMU protest, like many others, stemmed from leadership of the Student Non-Violent Coordinating Committee, which influenced activities across the United States.

“The movement was aimed at bringing about reforms that would usher in inclusive and diversified higher educational learning,” says Victor Okafor, head of the Department of Africology and African American Studies at Eastern. “The student protests, which were spearheaded by the EMU Black Student Association in conjunction with community members, were instrumental in bringing about changes such as the 1975 creation of an African American Studies program, which was elevated to a department in 1990.”

Robert Smith, an EMU alumnus and one of the student activists of the 1960s, said, “We’re excited to conduct a video oral history, interviewing the participants as they recall their experiences during this historic period in EMU's and our nation's history. We feel this history has not been accurately documented; there’s more depth and nuance to the story than is currently presented on sources such as the University's website.”

Among his many memories, Smith says he most recalls the trust the most active members of the group had in each other and how well they worked together.

“We created an organization that had no leader; we made decisions as a group, and we each took on responsibilities most suited to our talents,” he says now. “I have had yet to meet a group of people who I trusted and respected more.”

Smith says that includes both white and black administrators at EMU, such as Chuck Minnemann, Director of Religious Affairs at EMU and Ken Moon, Assistant to the Dean of Students, “who risked their careers for our cause. We learned that progress does not come without great personal sacrifice.”

Yet Smith says that the group truly believed that it could change the University, and indeed the world.

“That was based on what was happening in front us at the University,” Smith said. “Many of the demands we made were taking shape, despite all the confusion and chaos around us, and what appeared to be resistance by the University.

“The Faculty Senate considered a Black Studies Program, a Black History course was approved and more black administrators and faculty were hired. In addition, black students were elected to student government and the white student population became more supportive of our issues. We could see the change as we continued to press our cause.”

Smith now savors long friendships with fellow activists and EMU staff from that time. Those associations include Russell McReynolds, who became a Methodist minister and officiated Smith’s marriage; and John Sanford, who served as best man at that ceremony.

“We all have remained very close and stayed in touch with one another,” Smith said. “We share an experience of fighting and taking great risk together – despite disapproval from a majority, sometimes even our family – for a cause that generated substantial change.”

As a first element of the commemoration, about 20 of those late 1960s student activists, most now in key leadership and other professional positions, will gather at the Bruce T. Halle Library on July 28 to have their stories recorded.

The day’s activities will include:

• An oral history interview session that is open to the public in the Halle Library Auditorium from 10:30 a.m. to 1 p.m. This session will feature a panel discussion and recollection of the group’s 1960s’ activist experiences. Professor Ronald Woods of the Department of Africology and African American Studies will moderate the discussion.

• A private luncheon from 1:30 p.m. to 3 p.m. in the Carillon Room to recognize the activism of alumni by the University President James Smith.

The events of July 28 are being organized by a planning committee made up of a group of alumni who were active in the Black Student Union in the 1960s and early 1970s, along with several faculty and staff members. The group includes co-chairs Smith and Braun Marks, along with Okafor, graduate students Rasheed Atwater and Matt Jones, and alumni Mable Jones, Jocelyn Harris, Floyd Walton, and Chuck Coleman.

Smith, like many who’ve been immersed in such an intense and sustained effort, says that the shared experiences and education shaped their values, behavior and careers.

“All of us have led very productive lives,” he said. “It is important to remember that despite our intense activism, nearly all of us graduated, and many of us went on to professional school.