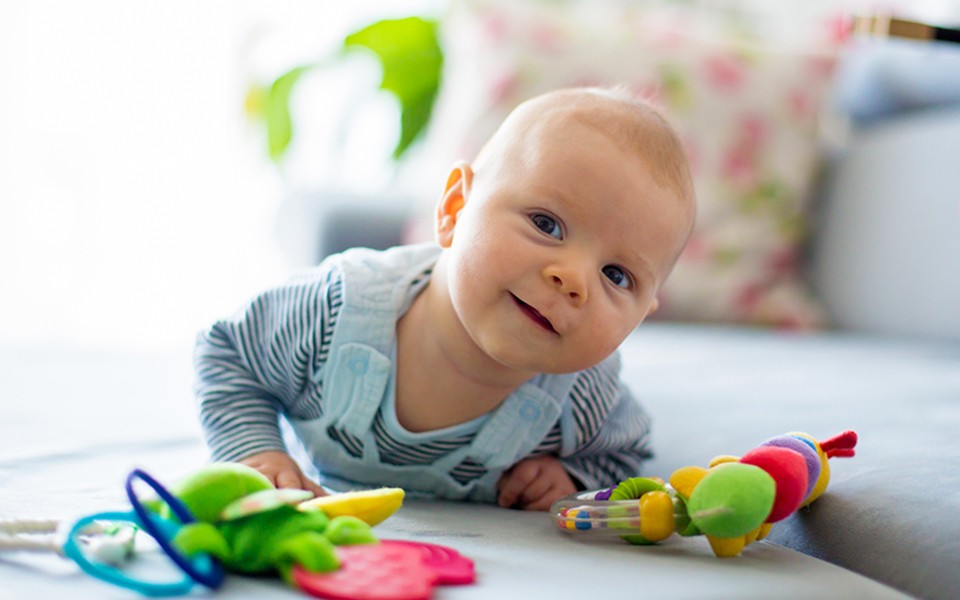 YPSILANTI – Eastern Michigan University has received a grant of nearly $4.5 million to develop a predictive tool that tracks early development in children.

The award, from the Eunice Kennedy Shriver Institute of Child Health & Human Development of the National Institutes of Health (NIH), to Eastern and a strong team of collaborative partners, is for "PediaTrac,” a web-based measure to screen and track early developmental trajectories.

The five-year grant, the first R01 grant ever received at Eastern, involves first-year funding of $824,291, with continuation funding of more than $1 million the next two years and totaling a five-year award of $4,474,265. R01 grants are the oldest and largest research project grants offered by NIH.

The project director/principal investigator, Renee Lajiness-O’Neill, a professor of psychology in the College of Arts and Sciences and co-director of the Neuroscience Program at EMU, worked on developing the idea with a multidisciplinary team that includes co-investigators Judi Brooks and Angela Lukomski, professors of dietetics and human nutrition and nursing, respectively, from the EMU College of Health and Human Services.

The project will develop predictive algorithms that can assess both individual and aggregate risk and can provide for far earlier diagnosis and help for children who suffer from various disorders such as autism, cerebral palsy or developmental language disorders, says Lajiness-O’Neill.

“Too often, you don’t get a diagnosis until the behavior is fully entrenched,” Lajiness-O’Neill says. “Rather than a retrospective report, this tool will yield prospective indications of whether a child will excel or struggle and need intervention before certain behaviors fully manifest.”

Ultimately, PediaTrac could be developed into a phone app or part of the electronic medical record and into other languages usable in various countries around the world, Lajiness-O’Neill adds.

The award came after extensive efforts by Lajiness-O’Neill and others including a substantial student workforce, which worked over several years in refining the proposal and receiving positive reviews through the competitive review process at the NIH.

The submission involves gathering data from hundreds of babies at a variety of hospitals, data that will be used in assessing risk factors and other variables.

Lajiness-O’Neill is quick to credit the initial support of a $5,000 grant from the EMU Women in Philanthropy group in 2016 for helping keep the project going in its early stages as other funding attempts stalled.

"The  Women in Philanthropy grant was a catalyst that helped save the project," Lajiness-O’Neill says now. "It allowed Judi, Angela, and I as well as two of my students to learn the complex survey methods necessary to conduct the research for which we submitted the grant."

The WIP award was for: "Interdisciplinary Statistical Training for Complex Survey Data Analysis."  In addition, the project received a Faculty Research Fellowship.

"I believe we were the first team to request for interdisciplinary award consideration - which we were given and we won an award." Lajiness-O’Neill said of the fellowship. "It's important to highlight the crucial EMU support all along the way that helped us develop the final project that led to this exceptional NIH grant."