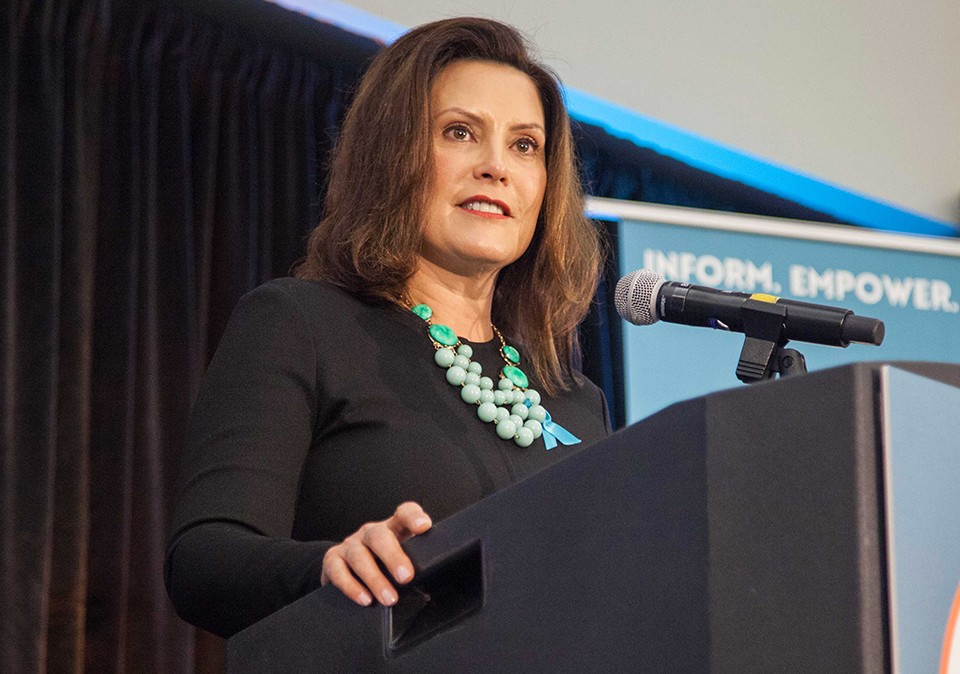 YPSILANTI – It was during her days as a Michigan State Senator that Gretchen Whitmer first decided to speak out about her experience as a survivor of sexual assault.

She was listening to the floor debate regarding more restrictive abortion legislation, and had urged a colleague to speak out regarding his and his wife’s wrenching experience.

The colleague just couldn’t share his difficult story in such public fashion, and Whitmer decide to take action herself. Maybe telling her colleagues of such a personal and deeply traumatizing experience would help change votes.

No votes changed, but the public reacted

The result? Nobody changed a vote. But phone calls soon flooded into her office and emails cascaded in. Whitmer had unleashed something special. “That day on the Senate floor empowered me to tell my story,” she says now.

Gov. Whitmer told of being sexually assaulted 30 year ago, in 1989, when she was a freshman at Michigan State University. Now a mother of two daughters, the Governor spoke of the power of coming forth, as well how difficult that is, noting it took more than 20 years for her to tell her story.

“The statistics don’t show what pain (survivors) carry,” Gov. Whitmer told a capacity crowd in the Student Center Ballroom. “It took me two decades to find the courage to tell my story … The timing of a survivor’s report doesn’t make it any less valid … When we speak up and share our truth, people listen.”

Gov. Whitmer says that understanding such perspective is why she runs for public office and why she serves.

An obligation to speak up

“If I could erase that year, I would,” she said. “But I am not ashamed of it … It’s my responsibility to speak up, especially when others have not found their voices.”

Gov. Whitmer said she is hopeful that, together, citizens, administrators and government leaders can make progress, “to take this moment and continue to move forward.”

As an example, she noted that the state’s survivor reporting line now has a text function, the preferred mode of communication for so many young people. Whitmer said that in addition to calling a hotline, 855-VOICES-4, victims of sexual assault, their families and friends can text to 866-238-1454 to get immediate help from trained professionals.

The annual summit was started by former Michigan First Lady Sue Snyder, who also spoke Tuesday. The theme was “culture change,” with a focus on the roles individuals and institutions must play in preventing sexual assaults from occurring.

In concluding her address, Gov. Whitmer offered a powerful and personal message to survivors.

“I see you, I hear you, I believe you …” she said. “I carry you in my heart every day, and I’ll never stop fighting for you.”