Designation notes club’s excellence in terms of academics and leadership 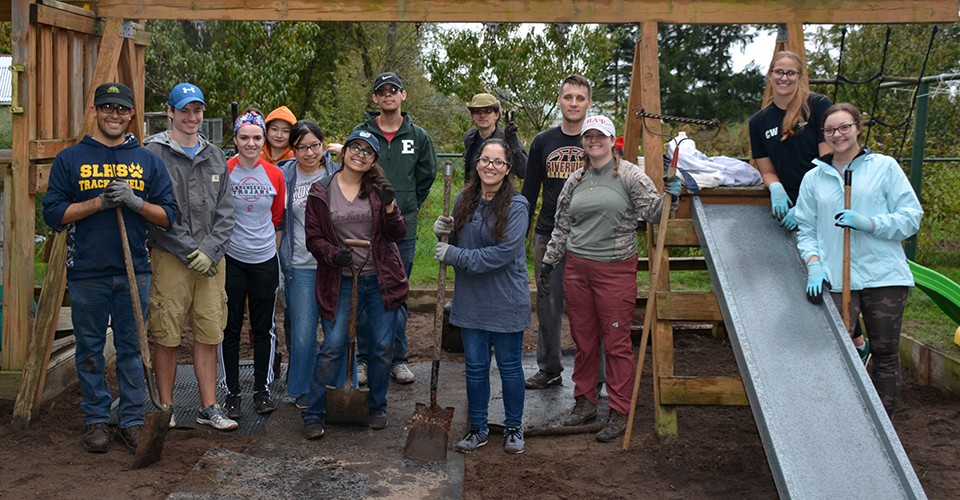 The EMU chapter of Beta Alpha Psi performs hundreds of hours of community service each semester.

YPSILANTI – The Eastern Michigan University chapter of Beta Alpha Psi, a national accounting honors organization, has been recognized internationally as a superior chapter for the 20th consecutive year.

“Recognition as a superior chapter is a significant accomplishment," McGuire said. “Under the leadership of Howard Bunsis, the Epsilon Omega Chapter has far exceeded the baseline requirements of Beta Alpha Psi, and has excelled in the areas of academics, professionalism and leadership. As faculty adviser for the chapter, Howard Bunsis has provided an invaluable service to your academic institution."

Bunsis is in his 20th year as faculty adviser, and the chapter has been honored as "superior" each of those years.

The EMU chapter performs hundreds of hours of community service each semester, including work on behalf of other organizations such as Meals on Wheels, the Walk to Fight Cancer, Habitat for Humanity and Food Gatherers. In addition, the members of Beta Alpha Psi filled out the tax return for more than 100 low-income people in the Ypsilanti community during the past year, an annual activity for the club.

In addition to its community service and social activities, the group hosts weekly meetings with potential employers. The firms speak about resume preparation, how to conduct yourself at an interview, and the environment for professional accountants in Michigan. Speakers from industry leading firms help guide members toward careers in audit and assurance, financial advisory, tax services and information technology.

“Achieving superior status again is something we are very proud of, and this designation is due to the dedication of our student leaders and members and their focus on the community,” Bunsis said. “These students continue to exemplify what is best at Eastern."

“In the College of Business, we are immensely proud of this continuous mark of distinction going back two full decades,” said Kenneth Lord, dean of the College of Business. “Dr. Bunsis and the hundreds of students he has advised and coached over the years have left a lasting legacy at Eastern, and have risen to positions of substantial contribution and influence in the accounting profession.”

Victoria Sponyoe, president of the EMU chapter of Beta Alpha Psi, said the club has connected her with some of the most hard-working individuals she's ever met. "I am continually amazed at our members' efforts toward bettering not only themselves, but building a better business community," she said. "Working with this group has been the most rewarding experience of my time at the University, and it has taught me so many things that I will be able to carry with me as a professional."

Beta Alpha Psi, founded in 1919, is headquartered in Durham, NC. There are more than 300 chapters on college and university campuses worldwide, with over 300,000 members initiated since Beta Alpha Psi’s formation. The primary objective of Beta Alpha Psi is to encourage and give recognition to scholastic and professional excellence in the business information field.