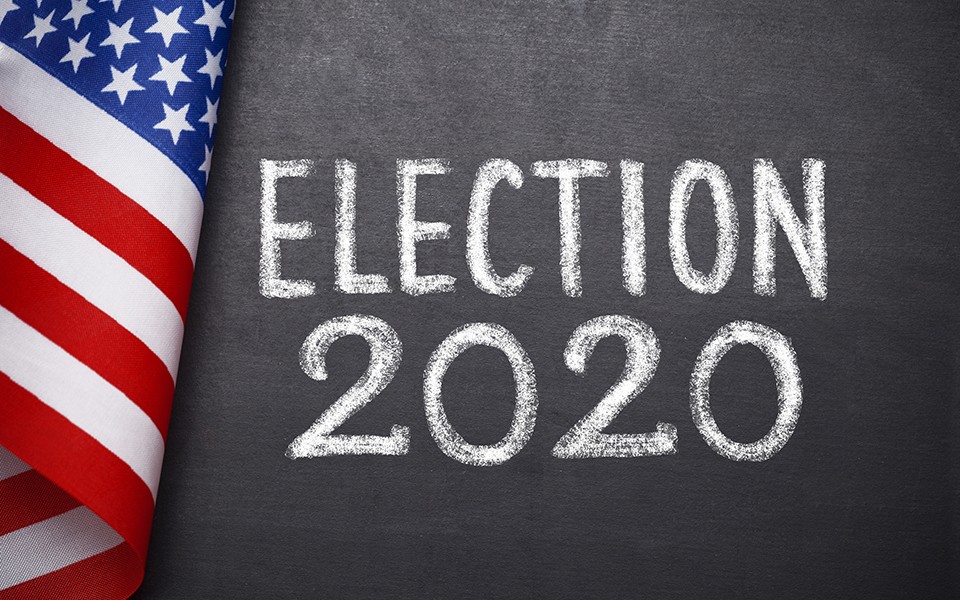 YPSILANTI – An enormous, record-setting voting turnout. A record volume of mail-in ballots submitted, influenced by the threat of a worldwide pandemic. An incumbent president demanding in the middle of the night that ballot counting be halted.

The American election of 2020 is clearly a singular moment in our nation’s history, marked by extraordinary flourishes, drama and extremes.

As Wednesday’s dramatic events cascaded across the airwaves, Internet and social media, Eastern Michigan University professors shared their insights, impressions and takeaways from the campaign and this week’s election.

Changes in voting procedure: “I think we need some systemic changes in some of the states in terms of how elections are operated, run and reported. Such as not beginning the early ballot count until Election Day. This requires action in most cases by state legislatures.”

Attacks on our Democracy: “The most important takeaway for me is the continued attacks on our incredibly fragile democratic experiment of the last 240 years. The fact races are tight, the fact we’re still counting ballots – all that is to be expected.

“What is remarkable is that this is a President who once again refused to pay attention to or acknowledge all the things that make us a unique Democracy around the World.

“He wanted to stop the voting … That’s the thing to be focused on … I understand the politics of working the referees to get the advantage. But this undermining of our institutions and this fragile democratic experiment … There is no guarantee it will go on in perpetuity. It has to be respected and nurtured.”

Michigan’s central role: “Very significant is the conversation of just how significant Michigan is to this process. Students have said to me in the past that their vote does not matter. Yet it’s clear that every single vote counts. This gives us a lot of space in the future to have these conversations.”

Polls miss mark: “Pollsters continue to underestimate the potential impact of citizens’ comfort level with openly admitting their support for a candidate that many view as divisive. The result is closer than what the polls may have projected.”

Mail in voting: “That’s another really big point. It was so significant this time around. Concerns regarding COVID-19, timelines to postmark ballots, and the sizable number of citizens choosing to mail their ballot will go down in history.  We’ll be talking about this 100 years from now.”

Black people surviving and thriving: “At this point the full results are not in. In the weeks leading up to the election I was on edge, nervous about possible outcomes, of course. As a woman of color who does what I do, I make no distinction between my professional and personal investments in this election.

“But this past Sunday, as I sat in community with other BIPOCs (Black, indigenous, people of color) I heard something that made absolute sense and resonated with me. It brought me a kind of peace and I share it with the hope that it will do the same for others.

“To paraphrase:  Black people have caught hell since we first arrived on these shores and will continue to catch hell. The Earth has been under siege for a very long time and will continue to be under siege. This is regardless of who is elected president. Our ancestors not only survived, but thrived under the most inhuman(e) conditions, and so must we.”

Large turnout: “It’s worth pointing out just how incredibly high the turnout was. This speaks well for the future. A whole lot of first-time voters went out and voted. Voters were presented with a pretty stark choice in this election. There were big differences in terms of policy, and in the temperament of the candidates, how they would approach the office and in terms of interpersonal dealings.”

Inexact exit polls: “One of challenges is understanding exactly what happened on Tuesday is that there is not a lot of exit polling, and it’s not clear how reliable the exit polls that we have are.”

New voting laws help, but we need more adjustments: ‘I’m very heartened personally. We passed laws in 2018 that make it easier to vote. For example, I went online, filled out my absentee ballot application, the ballot quickly arrived at my house and I could sit down with newspapers and take my time. We’ve made it easier to vote, and that’s a wonderful thing.

“But we need to get better at counting. If you’re voting absentee in Pennsylvania, they can’t touch ballots until Election Day? If you could open ballots a few days before the election, we could know who’s winning a lot quicker.

“And, none of us needs the Election Day stress to continue for the better part of a week.”