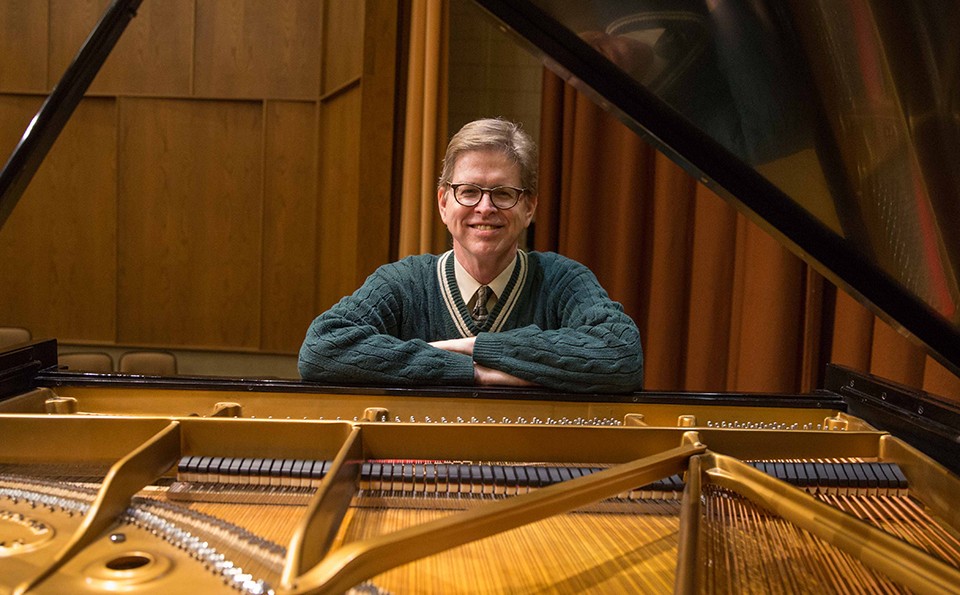 This award is presented by Music Teachers National Association to the author of an outstanding feature article written expressly for the magazine. The article was published last fall, and Pedersen received a $1,000 award, made possible by the MTNA Foundation Fund.

Training prizewinners around the world

Pedersen is professor emeritus of piano at Eastern. During his 40-plus year academic career, he taught undergraduate and graduate students from the U.S. and many other countries, producing prizewinners in regional, national, and international competitions.

In 2018, he launched The Victory Vertical Project, a touring multi-media performance venture that takes its name from pianos built for the US military during World War II. The VVP has been presented to audiences throughout the United States in concert halls, churches, and museums as well as schools, retirement centers, hospitals and military bases.

"I was invited to submit this article by a colleague who attended a performance of The Victory Vertical Project in Ohio," Pedersen said "Of course, it is gratifying to have my work recognized by my colleagues, but it is even more gratifying to have the opportunity to play for enthusiastic audiences of veterans, service members, students, and general audiences. The Victory Vertical Project epitomizes what my whole career has been about: the importance of bringing all kinds of music to all kinds of people."

He is a past president of Michigan Music Teachers Association, which honored him with its Distinguished Service Award in 2016. He received the Michigan Touchstone Award in 2017 in recognition of his “commitment to Michigan’s artistic excellence and his advocacy for the arts.”

MTNA is a nonprofit organization of independent and collegiate music teachers committed to furthering the art of music through teaching, performance, composition and scholarly research. Founded in 1876, MTNA is the oldest professional music teachers association in the United States.