Eastern Michigan University to “Give Rise,” launches public phase of $100 million fundraising campaign - the largest in its history 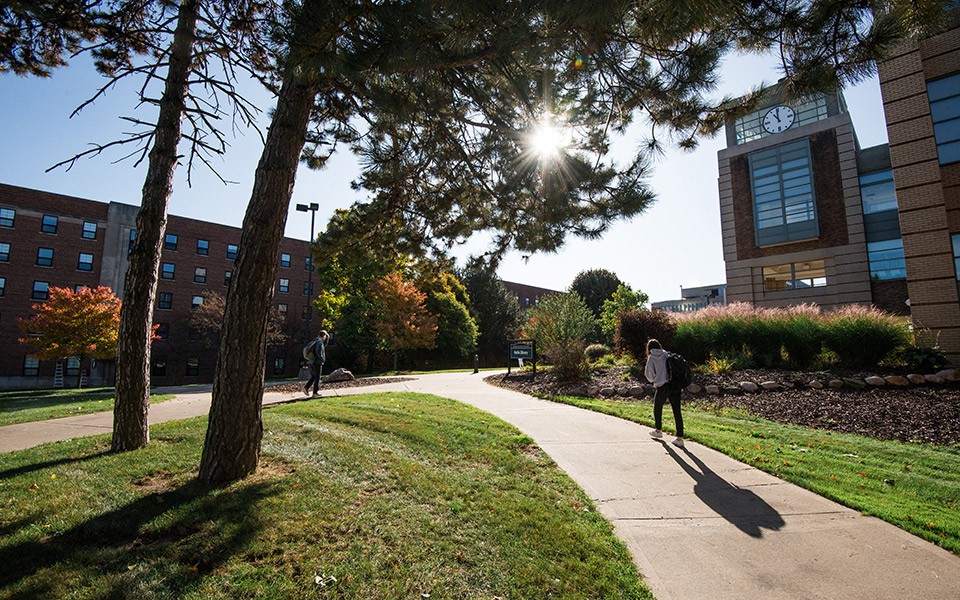 YPSILANTI - Eastern Michigan University will “Give Rise” to current and next generation students through the largest fundraising campaign in the school’s history. The University has launched the public phase of “Give Rise: The Campaign for Eastern Michigan University,” a $100 million comprehensive campaign to support student success, advance programs of distinction, and help students excel in and beyond the classroom.

The “Give Rise” campaign was announced to internal audiences last month during a virtual event showcasing University priorities and fundraising progress. The event was hosted by Honorary Campaign Co-Chairs, Dann and Karen Florek. Dann Florek is well known for his acting roles, which include a long running appearance on the program “Law and Order.” He and Karen met at Eastern while they were students at the University. Karen is an artist, having majored in the fine arts.

“We are incredibly excited to announce the public phase of this comprehensive campaign,” said Molly Luempert-Coy, chair of the EMU Foundation Board of Trustees and regional manager at DTE Energy. Coy earned bachelor’s and master’s degrees at Eastern. “Eastern Michigan University has made a difference in the lives of thousands of people. ‘Give Rise’ will extend our reach to support new students and help engage them in our distinctive programs that will help guide them to career success. I personally am supporting a program of distinction by working to endow a scholarship for our Undergraduate Symposium.”

“Give Rise” will also address many of the immediate needs of students as a result of the COVID-19 pandemic.

“The pandemic has disrupted the education of students throughout the world and right here in Michigan,” said Eastern Michigan University President James Smith. “‘Give Rise’ will help us address the disruption by providing additional resources to help students get back on track and overcome the challenges presented by the pandemic. There couldn’t be a more important time to launch the public phase of this campaign.”

“Give Rise” launches at a pivotal stage of Eastern Michigan University’s philanthropic journey. More than $70 million has been raised over the past four years, and Eastern’s distinguished donors and alumni have paved the way for the entire University community to make a difference.

“We have received outstanding support from our EMU alumni and friends,” said Bill Shepard, Vice President for Advancement & Executive Director of the EMU Foundation. “Philanthropy is one of the key ways that members of the Eastern Michigan University community can pave the way and impact lives for generations to come.”

There have been multiple major gifts that impacted the launch of this campaign, including a major series of gifts from GameAbove, a group of dedicated Eastern Michigan University alumni with various academic and professional backgrounds. The University has renamed the engineering and technology college the GameAbove College of Engineering and Technology in recognition of the group’s exceptional support.

Visit “Give Rise: The Campaign for Eastern Michigan University” to see highlights about campaign objectives and meet students who are supported by the campaign.

Founded in 1849, Eastern Michigan is the second oldest public university in Michigan. It serves more than 16,000 students pursuing undergraduate, graduate, specialist, doctoral and certificate degrees in the arts, sciences and professions. In all, more than 300 majors, minors and concentrations are delivered through the University's Colleges of Arts and Sciences; Business; Education; Engineering and Technology; Health and Human Services; and, its graduate school. EMU is regularly recognized by national publications for its excellence, diversity, and commitment to applied education.