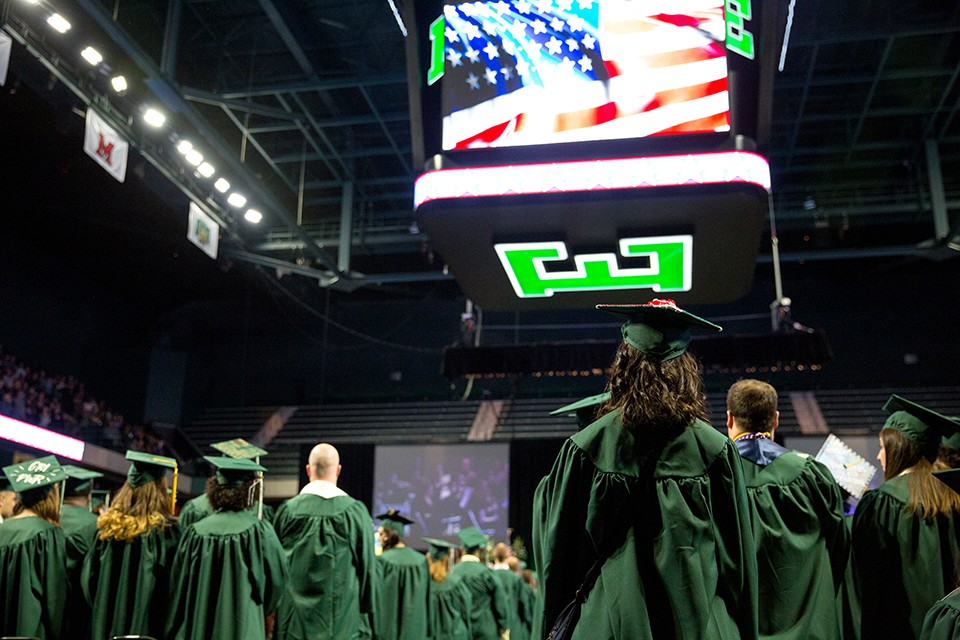 YPSILANTI – U.S. Sen. Gary Peters will serve as the commencement speaker during Eastern Michigan Michigan’s winter semester graduation ceremony on Dec. 15, 2019. The EMU Board of Regents approved the appointment at its regular meeting on Friday, Oct. 25.

Peters, who lives in Oakland County, was elected to the Senate in 2014. He serves on the Senate Armed Services Committee, Senate Commerce, Science, and Transportation Committee, the Senate Homeland Security and Governmental Affairs Committee and the Joint Economic Committee.

Peters graduated from Rochester High School and went on to Alma College, where he earned a B.A. in Political Science. After graduation, while working a full-time job and raising a family, he went on to earn an M.B.A. in Finance from the University of Detroit Mercy, a law degree from Wayne State University Law School and an M.A. in Philosophy from Michigan State University with a focus on the ethics of development.

For more than 20 years, Peters, an Eagle Scout, worked as an investment advisor, helping families save for their retirement and provide for their children’s college education. However, he always felt the need to serve and give back to his community.

He volunteered for the U.S. Navy Reserve at age 34, where he earned a Seabee Combat Warfare Specialist designation and rose to the rank of Lieutenant Commander. After the September 11 terrorist attacks, he volunteered again for drilling status.

Peters and his wife, Colleen have three children: Gary Jr., Madeleine and Alana.

Rouse, one of the top motorsports executives in the country, was born in Covington, Kentucky in 1942, and was always interested in finding out what made things tick. He received his mathematics degree with a minor in physics from Berea (Ky.) College in 1964 and moved to Detroit to go to work for Ford Motor Company that same year. He went on to earn his Master’s Degree in Scientific Mathematics from Eastern Michigan University in 1970.

While working for Ford Motor Co., Roush was drawn to the company’s extensive motorsports activities, and in 1966 joined a group of fellow racing enthusiasts called “The Fastbacks.” After leaving Ford, he partnered in a racing venture that attracted national attention by winning several events and one championship each in NHRA, IHRA and AHRA with their Pro Stock racer.

In 1976, Roush formed Jack Roush Performance Engineering. His success on the track, combined with his reputation as a performance engineer helped his young business thrive, and although he stopped operating a race team in the late 1970’s, his company stayed well entrenched in the sport; building engines for other teams throughout the early 1980’s.

In 1988, Roush launched his first NASCAR Cup team with driver Mark Martin. In October 1989, Roush and Martin claimed their first NASCAR Cup victory at North Carolina Motor Speedway and the two would go on to form one of the most successful partnerships in NASCAR history.
Jack Roush joined forces with Robert Yates to form Roush Yates Engines in 2003. The engine shop, based out of Mooresville, N.C. is the exclusive NASCAR engine builder for Ford Performance and manufacturer’s engines for Roush Fenway Racing, Team Penske, Wood Brothers, Stewart-Haas Racing, Front Row Motorsports and Go Fas Racing.

In 2007, Roush Racing and Fenway Sports Group (FSG) announced the formation of Roush Fenway Racing, an unprecedented relationship that brought together two championship organizations with a distinguished track record of success in their respective businesses and sports.

Roush also heads up ROUSH Industries, Inc., which employs more than 1,800 people and operates facilities in five states, as well as in Mexico and Great Britain. Although primarily known for providing engineering, management and prototype services to the transportation industry, Roush has developed a significant role in providing engineering and manufacturing for the electronics, sports equipment, aviation and motorsports industries.