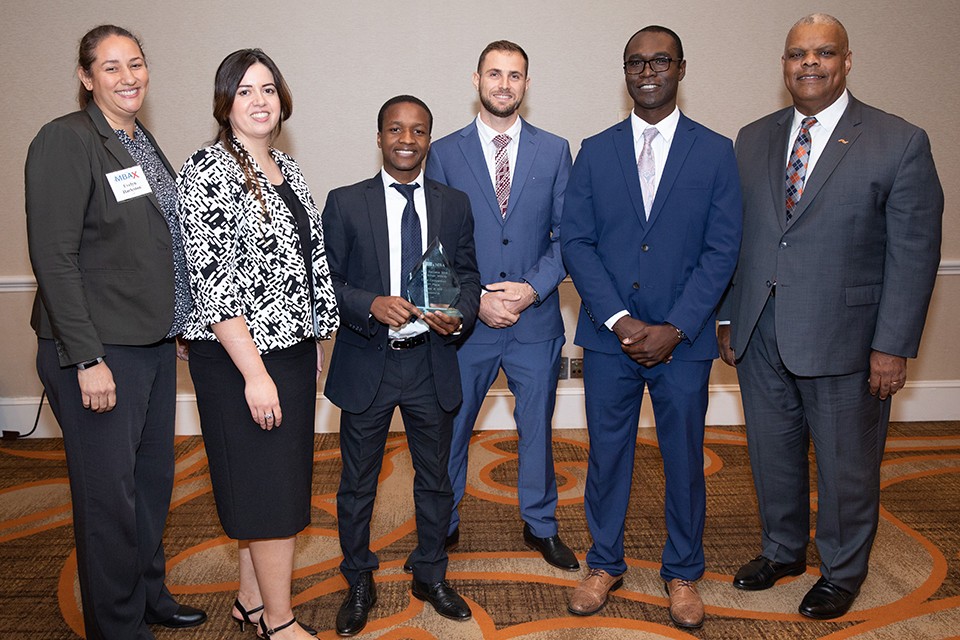 The case competition was part of the 24th annual MBA Exclusive (MBAX) Conference hosted by Howard University’s School of Business. The conference offered students from across the country opportunities for career development, a Career Fair Exposition featuring companies such as Dell, Intel, LMI, and Citibank, and the 15th Annual Minority Case Competition, sponsored by LMI. Teams of three to four students competing in the competition were tasked with “solving a complex business case, developed by LMI,” in hopes of winning up to $11,000.

Despite having just one week to prepare, Eastern Michigan University students representing the MBA and Master of Science in Finance programs were able to place third.

“It was a great experience, where the level of competition was countrywide,” said team member Orlando Kamaj. “We experienced great hospitality from the host university, including a special career fair for the MBA participants. On top of that, it was great networking with professionals from the major US firms."

Learn more about the conference and competition on its website, mbaexclusive.com.

The students’ travel to the event was made possible by the generosity of alumni and other donors contributing to the COB Student Organizations’ Travel Fund.