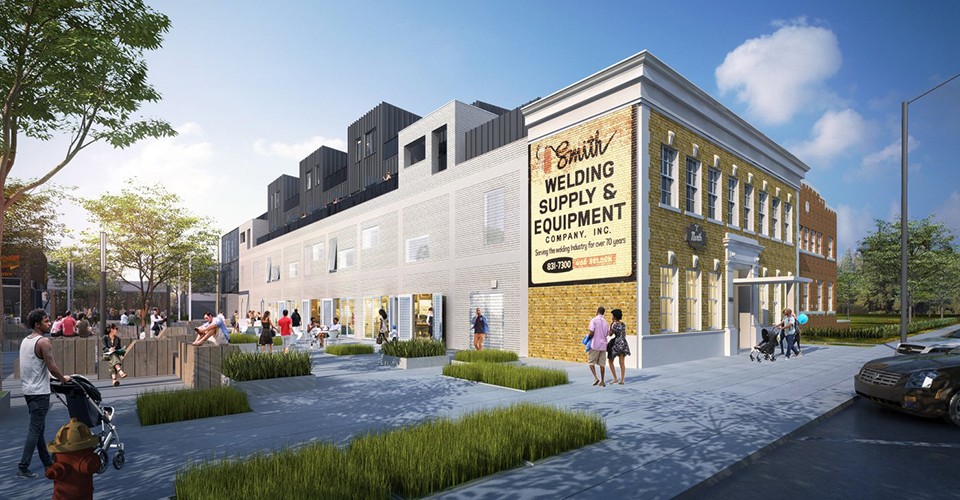 The Selden Corridor Initiative will include a new public courtyard, flexible work and classroom space, a Barcade, the EMU brewery training program, a new restaurant and mixed-income rental housing.

YPSILANTI – Eastern Michigan University plans to run a brewery school in Midtown Detroit that will offer education and training programs, including a bachelor’s degree in fermentation science through the University.

Details about the brewery school were announced Wednesday morning, part of a $20 million investment by Midtown Detroit, Inc. and its partners for the Selden Corridor Initiative, a mixed-use redevelopment that will create new housing, job opportunities and training and new businesses in Midtown Detroit.

Located on Selden Street between Second Avenue and Fourth Street, the Selden Corridor Initiative will include a new public courtyard, flexible work and classroom space, a Barcade, the EMU brewery training program, a new restaurant and mixed-income rental housing. All projects are expected to be completed by late fall 2018.

The brewery training school is Funded by Midtown Detroit, Inc. and 3mission design and development, and will offer programs including a bachelor’s degree in partnership with EMU, which last fall launched its program on fermentation science.

Eastern is the only college in Michigan and among a handful in the country to offer a bachelor’s degree in fermentation science. Other planned elements of the Midtown brewery school include an artisanal training program for craft brewing and short courses for home brewers. The program hopes to train more women and minorities, who are underrepresented in the fast-growing craft brewing industry.

“Craft brewing is a rapidly growing industry, and there is an increased need for trained professionals to fill these positions. As part of our bachelor’s degree in fermentation science, students will participate in a project with local businesses in the fermentation industry to apply what they have learned in the classroom to real-life situations.”

The project is described fully in a white paper written by Caryn Charter, director of the Office of Research Development at Eastern.