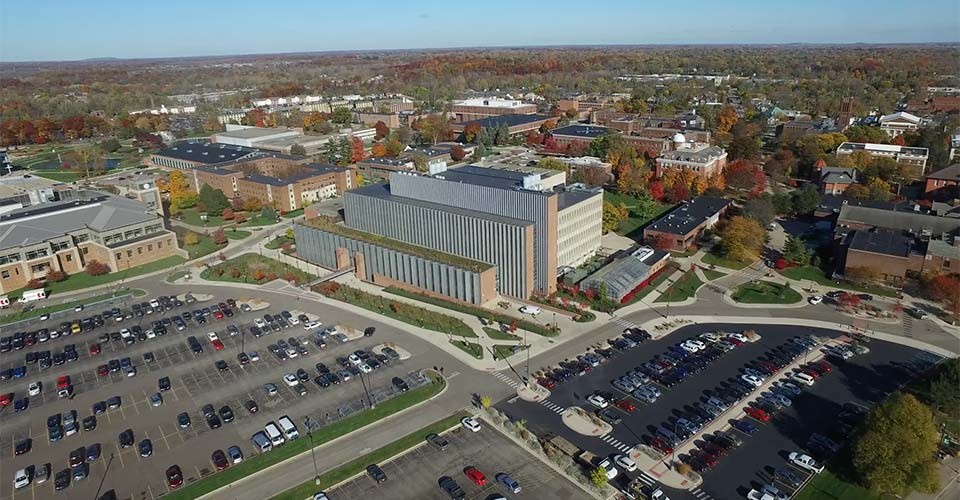 YPSILANTI – Eastern Michigan University has entered into a 35-year agreement with Preston Hollow Capital to have LAZ Parking operate Eastern’s extensive parking facilities, a move that will provide the University $55 million in an upfront payment that will be used to fund needed capital improvements and bolster University reserves.

Eastern is among a small number of public universities – including Ohio State University – to enter into a public-private partnership to monetize its parking operations. It is the first university in Michigan to enter into such an agreement.

Under the Concession Agreement, LAZ Parking will have the exclusive responsibility for operating and maintaining the EMU Parking System, including the sale of permits, the setting of rates within agreed-upon limits, maintenance and staffing of parking facilities, and future improvement of facilities as required.

The EMU Board of Regents approved the agreement at its regular meeting on Friday, Dec. 15. It is expected that the agreement will be signed by the end of the year, with the financial closing to take place before April 30, 2018.

The agreement culminates an extensive public bid process, and reflects another step in Eastern’s efforts to engage third-party partners to provide non-academic services that will also be a source of funds for reserves and capital improvements at a time of tight campus budgets.

Ohio State implemented a similar arrangement in 2013, and more universities are expected to adopt similar monetization models in the future.

The agreement is for operation and management of the EMU parking system. It is not a lease or a conveyance of any other interests in University’s parking system. Eastern will retain naming rates for the parking system and facilities, and will continue to staff a Parking Violations Bureau as part of its enforcement system.

The agreement provides for an annual 5 percent cap on parking-rate increases for the first five years of the agreement, a significantly lower increase than Eastern students have seen in recent years. (Since 2010, annual parking increases at EMU have averaged 17 percent.)

After the initial five years of the agreement, in 2022, the maximum annual rate increase over the remaining life of the agreement will be 4 percent, or the average annual increase in the Consumer Price Index for the preceding five years, whichever is greater.

“LAZ Parking is a nationally recognized and successful operator of more than 2,500 parking systems around the country, including Ohio State University and numerous public-private partnerships,” said President James Smith. “It will bring enhancements to Eastern’s parking operations, including capital investments to upgrade parking lots, and technology enhancements that bring faster, easier and more seamless entry, exit and payment for users. Parking is not our core business, and involving a professional operator with a track record of success will certainly enhance our overall operations.”

Other details of the agreement include:

• LAZ Parking has substantial technology enhancement capabilities that will make the parking process more streamlined for users in the future.

• Initial investments over the first three years of the agreement will total $4.2 million – most of it directed for upgrades in the McKenny Lot and Green Lot 1.

• Eastern has the option to reduce or prohibit parking fees for certain special events such as move-in and Commencement.

• Eastern and LAZ Parking will establish a Joint Parking Advisory Committee for facilitating communications and resolving any issues that may arise.

• The five current employees in EMU’s parking operations will have the opportunity to interview with LAZ Parking if they wish to become employees of LAZ. The employees are covered by Eastern Michigan University collective bargaining agreements, and all provisions of those agreements would apply to them, including any rights to move into other EMU positions.

• Many student parking employees will continue their employment as it relates to grounds and maintenance of the parking areas. LAZ Parking will evaluate the possibility of hiring other student employees for its operations.

• LAZ Parking must observe and comply with all applicable laws, including laws regarding non-discrimination and laws governing employment and/or employee wages and hours.

Preston Hollow Capital (www.phcllc.com) is the leading solution provider in municipal finance. Headquartered in Dallas, PHC is an independent specialty finance company with more than $1 billion in permanent equity capital and over $2 billion in investment capacity from a diverse investor base comprised of founding management, institutional investors including funds managed by Stone Point Capital and HarbourVest Partners, and several prominent family offices. PHC is uniquely focused upon certain sectors of the municipal bond market including infrastructure, real estate, education, and economic development and general government.  To date, PHC has invested more than $1.4 billion in a variety of such projects.

LAZ Parking (www.lazparking.com) is the second largest national parking management company in the United States, managing more than 2,500 locations in 336 cities across 28 states plus the District of Columbia, and manages gross revenues in excess of $1.2 billion annually. LAZ was formed in 1981 and is headquartered in Hartford, CT, with regional offices in Columbus, Miami, Atlanta, San Francisco, Los Angeles, San Diego, Baltimore, Boston, Chicago, Denver, Dallas, Houston, New York, Philadelphia, and Washington D.C. LAZ has built its reputation on being among the most trusted, stable, and innovative parking solution providers in the United States. LAZ is committed to providing its clients with superior customer service through on‐going technological and administrative automation, based upon its corporate goal of being the “highest quality” provider of parking management services. LAZ is committed to employing industry leading best practices to achieve “Operational Excellence”.