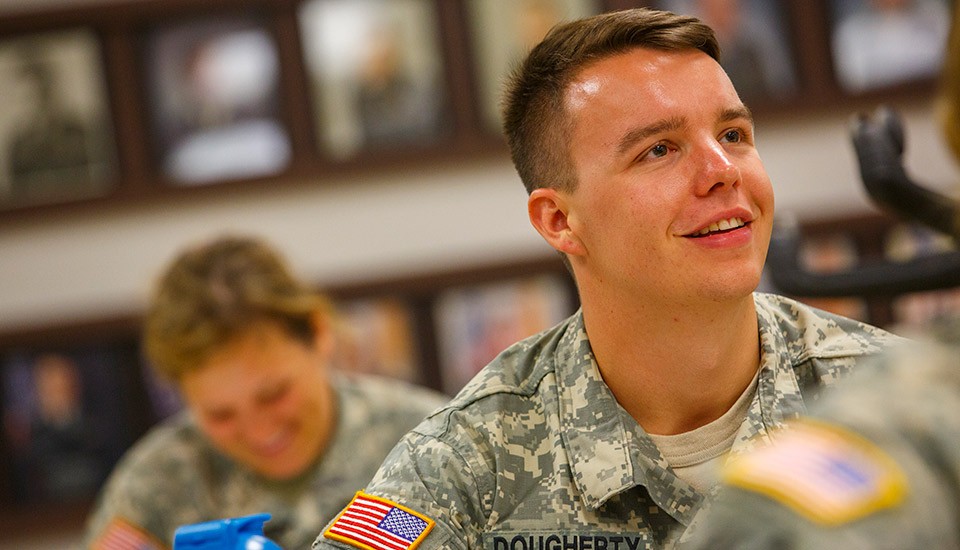 YPSILANTI – Eastern Michigan University has been named one of the most military and veteran friendly universities in the country, according to annual rankings released this winter.

“This year's ranking is a collective effort from the entire administration, faculty and staff who continue to give great support to our student veterans and families,” said Lt. Colonel, U.S. Army (Ret.) Mike Wise, Assistant Director of Military and Veteran Services at Eastern.

In 2015, the center expanded its services for veterans after EMU was awarded the TRIO-Veteran Student Support Services grant from the U.S. Department of Education. Lt. Colonel, U.S. Army (Ret.) Wayne Doyle directs the grant, the staff of which is comprised of one part-time program assistant and seven peer advisors.

EMU student veterans appreciate the University focus and effort on behalf of veterans.

“Everyone (at EMU) goes over the top to ensure success in college and a smooth transition into a career,” said student veteran Anthony Terry.

Student veteran Kara Lucker said, “I love this place. I don’t think I would have had much success in transitioning back from the military to civilian life without the help of everyone at the center.”

Institutions earning the Military Friendly® School designation were evaluated using both public data sources and responses from a proprietary survey completed by the school. More than 1,300 schools participated in the 2017-2018 survey.

The ratings were determined by combining the institution’s survey scores with the assessment of the institution’s ability to meet thresholds for student retention, graduation, job placement, and loan repayment.