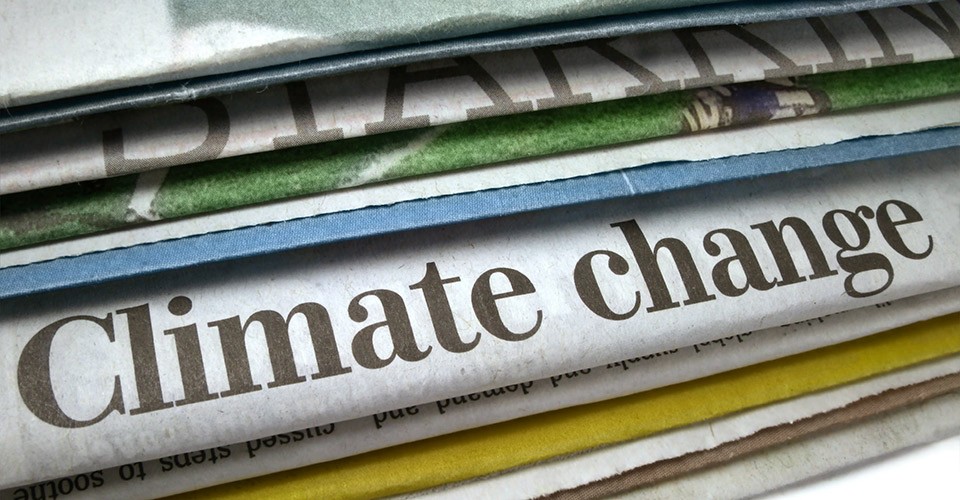 YPSILANTI – How do you identify and combat misinformation in the age of “fake news?”

A group of EMU professors decided to challenge fake news by organizing an interdisciplinary pop-up learning community that prepares students to identify and respond to inaccurate or poorly reasoned arguments about humans’ role in climate change.

The team was inspired to form the pop-up learning community after receiving a piece of climate change propaganda called “Why Scientists Disagree about Global Warming” created by the conservative think tank the Heartland Institute. This booklet was mailed to over 300,000 K-12 teachers and college professors nationwide and promotes a view of climate change at odds with research accepted by the majority of scientists.

In response, the professors led 151 students in activities and discussions that taught students to analyze arguments and detect faulty reasoning and missing information along with discerning various communication strategies. The arguments came from sources such as Facebook users, United States senators and scientists. Afterwards, students formed both written and verbal responses to the arguments.

“We really want to contrast dialogue to debate,” Johnson said. “With dialogue, students should listen to each other and learn from each other.”

Sam Curran, a philosophy student at EMU, said, “It was very encouraging to see an activity that was dedicated to facilitating constructive discourse. There’s definitely a low-risk component with people you don’t know, so you can feel comfortable sharing more.”

The activities supplemented students’ learning in general education courses, and students were arranged in groups to combine students from each class in order to offer diverse perspectives.

The event included EMU students from chemistry, philosophy, Earth science, and communications classes as well as students from the University of Detroit Mercy.

“I see this event as an effort to help arm teachers for this kind of misinformation in direct support of our role as an institution focused on education,” Ryker said. “We’re also preparing citizen scientists to interact with their families and friends.”

Sasha Charles, an EMU junior enrolled in an Earth science class, appreciated the varied perspectives offered in the mixed groups. “I thought it was beneficial in that philosophy students question everything, Earth science bases everything on facts, and communications is about how to present information,” she said.

Charles said she also enjoyed the event’s topic of climate change because it is “a hot-button, relevant topic so we were all coming from a place of concern. The controversy engaged people and made them want to speak.”

This event marked the first pop-up learning community for its facilitators and EMU, and the involved faculty said they were pleased with how well it went and that they consider the event a success. Data collected at the event shows students reported a positive shift in their confidence in speaking and writing with people about climate change.

Johnson said the organizers are already thinking about hosting another pop-up learning community in the future, possibly with different classes and a larger audience.