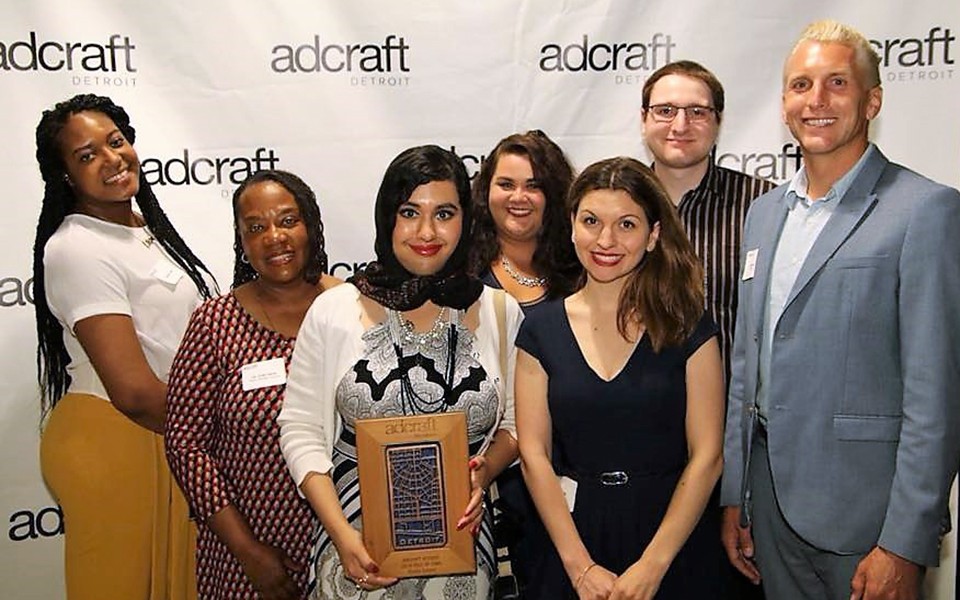 YPSILANTI – A career devoted to propelling students to success in the advertising industry earned former Eastern University professor Sheila L. Sasser a coveted spot in The Adcraft Club of Detroit’s Hall of Fame.

The posthumous honor was awarded at the organization’s induction ceremony on July 25 at Detroit’s Madison Club, with many of Sasser’s former students and colleagues in attendance.

Sasser was one of ten advertising luminaries recognized by the Adcraft Club for their outstanding lifetime achievements, and one of only two women. In addition to her long-time appointment at Eastern Michigan University’s College of Business, where Sasser taught both graduate and undergraduate courses, Sasser also held appointments at Michigan State University, Wayne State University, and the University of Michigan Ross School of Business.

She was once one of the youngest women to serve as managing director for New York advertising agency IPG/Lintas. Colleagues say that her example and mentorship lit the path for many women who would follow in her to success in a male-dominated industry.

Sasser was a longtime Adcraft Club of Detroit member, where she served as adviser to the Education Committee. She was nominated for the Hall of Fame by former MBA students and Wayne State alumni Eric Kracht, Phil Rzepka and Sara Mahmood, who have themselves gone on to successful advertising careers. Both noted that years of scholarship winners have her to thank for their successes.

"Induction into the Adcraft Hall of Fame is a fitting tribute to the life’s work and legacy of Dr. Sheila L. Sasser,” Davis said. “Gregarious and fun-loving, she was a force who would light up a room and turn the most mundane gathering into a special event.

“She loved her students like they were her own children and many have gone on to successful advertising careers under her mentorship. She left her mark on EMU’s Student Advertising Club (SAA), the Center for Digital Engagement, the Integrated Marketing Communications program, the International Business Committee, the University Research Committee and other organizations.

“She even figured out how to measure creativity empirically — a phenomenal effort few others have done successfully. We were blessed to have her as a colleague, mentor and friend. She is missed by all and gone way too soon."

The Adcraft Club of Detroit has asked that the recognition plaque be placed in the EMU College of Business in an appropriate place of honor.