‘The General Was Female?’ Eastern Michigan University professor Megan Moore’s solving of a Revolutionary War mystery to be featured on Smithsonian Channel 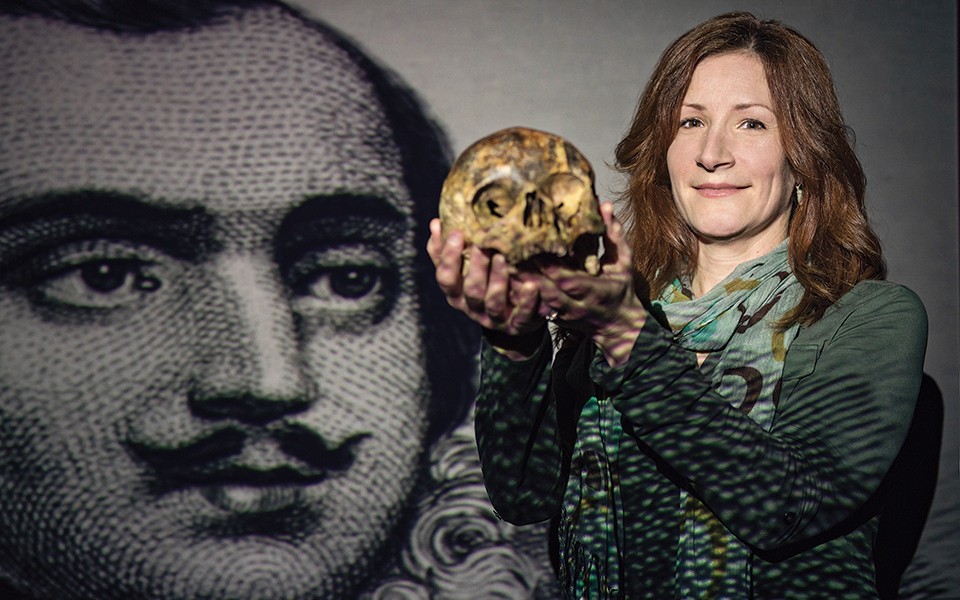 YPSILANTI – Megan Moore, an associate professor of anthropology at Eastern Michigan University, will be featured at 8 p.m. Monday, April 8 in the broadcast of Smithsonian Channel’s “America’s Hidden Stories: The General Was Female?”

Moore’s research in human skeletal biology ranges from bioarchaeology of ancient populations in France to forensic and biomedical anthropology of modern Americans.

Her expertise is featured in episode six of Smithsonian Channel’s show, “America’s Hidden Stories,” in which her team solves a big question about sex and gender of General Casimir Pulaski, a Revolutionary War hero.

Pulaski helped save George Washington's life in the Battle of Brandywine. He was known as the "Father of the American Cavalry," but new evidence suggests that the general may not have been male. The show follows a team of anthropologists as they examine the bones found at Pulaski's monument in Savannah and run state-of-the-art DNA tests in order to determine if the officer was female or if someone else was buried in the tomb.

Moore’s work on the Pulaski case and her exceptional career and teaching were featured last spring in the Eastern Magazine.