Eastern Michigan University expert Dr. Judy Foster Davis comments on recent moves by companies as they seek to rework their branding, to cast away stereotypes and to appear less tied to images of systemic racism 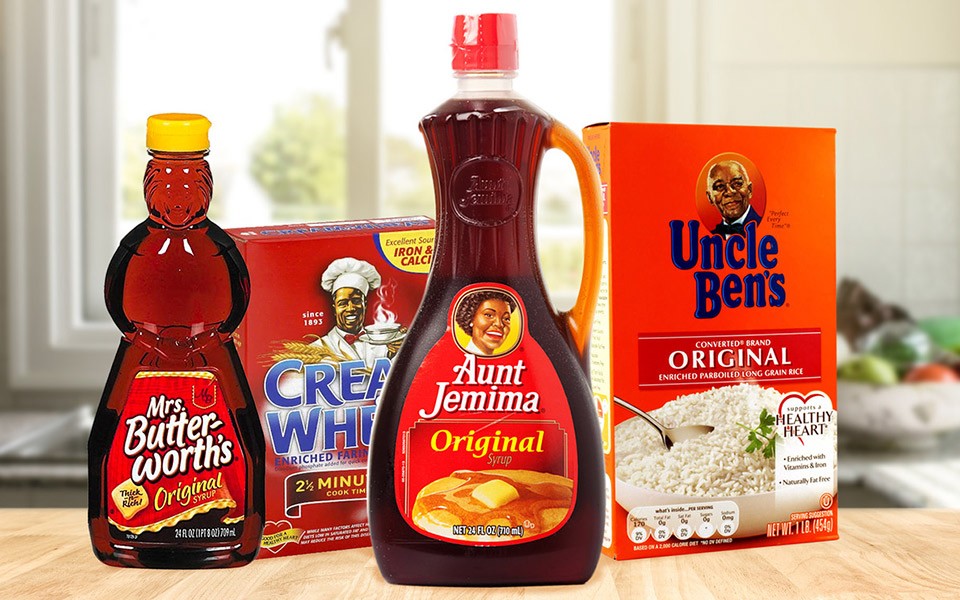 YPSILANTI – In recent weeks, a variety of products have changed their branding in reaction to the worldwide concerns over systemic racism and its often insidious effects on culture and equality.

Foster Davis is an expert on the intersection of race, marketing and advertising, and her perspective was recently featured in The Los Angeles Times and The Washington Post.

Q: A variety of products, such as Aunt Jemina Syrup and Uncle Ben's Rice, are now shelving that imagery and branding. What do you see as the thinking and motivation behind these moves?

Davis: Interestingly, I have a paper coming out in September in “Advertising and Society Quarterly” online that presents an illustrated history of race and ethnicity in advertising.

It highlights iconic and archetypical print, video and digital ads for brands, including Aunt Jemima, Cream of Wheat, Land O Lakes butter and Fair and Lovely skin whitening creams, among others.

As you know, these are all brands that have announced recently that they are changing their brand imagery and/or naming.  In my opinion, corporations are motivated by wanting to change the perceptions that their branding is rooted in derogatory or outdated racial stereotypes that no longer appeal to broad swaths of the consumer market. As people around the WORLD march in solidarity with the Black Lives Matter movement and other anti-racism initiatives, branding that evokes slavery and exploitations of people of color appears offensive. In sum, brands want to appear "woke."

Q.: Are there other examples of such change that come to mind?

Davis: Within the last few days, Unilever and Johnson and Johnson have announced they will stop marketing their brands as "fairness" creams, which are very popular in places where there are black and brown-skinned people, such as India.

These brands have a long history of promoting socioeconomic success and high status with light skin tones, so this is a radical departure from their traditional positioning. Geico also recently withdrew a radio ad which made reference to "Fort Pillow," which is an actual place in Tennessee where a massacre of black Union soldiers by the Ku Klux Klan occurred.

Q: Why were such advertising approaches adopted in the first place?

Davis: Sometimes advertising strategies are based on ignorance of the history of a name, symbol or image. "Fort Pillow" is a good example of that, along with a 2017 Dove body wash ad in which a black woman removes her top to reveal a white woman. Going back to the 1800s, a prevalent racist trope in soap advertising was to show black skin turned white based on using soap products.  Years ago, image creators purposefully used racist and derogatory imagery in advertising to sell brands because it was part of the culture. Overt racism, sexism, etc. were prevalent in advertising. And today—unfortunately—many people who work in advertising are fairly young and are not aware of the negative connotations associated with these old names and images.

Another important reason is what I refer to as "selling whiteness," based on my research. This is an assertion of cultural superiority that uses advertising and other forms of marketing to confer superior status on white people, standards and values, while associating inferiority with people of color and racialized groups.

This phenomenon is observed in the United States, Europe, Latin America, Asia, and other parts of the world. For example, marketers often present white skin and other facets of “whiteness” as markers of civility, desirability, socioeconomic success and other positive aspects. "Fairness creams" are a good example of this kind of marketing.

My research has revealed that an association between racism and marketing can be made given the marketing industry’s reliance on popular consumer media to convey marketing messages and images to society. Social beliefs about race and racial hierarchies contribute to marketing thought, which in turn influences marketing decisions and practices within marketing organizations. According to my research, there are many examples – historical and contemporary – of racist marketing practices including:

Q. What sort of future campaigns do you envision, given the deepening understanding of systemic racism in our culture and organizations?

Davis: I think corporate leadership will be more demanding of their brand managers and advertising agencies to be more knowledgeable and aware of issues concerning race and ethnicity in their campaign planning phases. They may call for more work that is anti-racist, such as the award-winning Nike ad called "Dream Crazy" featuring Colin Kaepernick.

I also hope that marketing companies will diversify their staffs throughout the organizations and put more people of color in decision-making roles concerning marketing campaign executions.

As we have seen, there are many marketing and advertising blunders from brands like Pepsi, Dove, Nivea, H&M, Gucci and Prada that could have been avoided if diverse people had a seat at the table.

Q: Are we at a tipping point that could dramatically change a variety of approaches and campaigns in the advertising world? What is specifically forcing this, and what else can be done to heighten awareness?

Davis: We could be at a tipping point—if companies believe it is necessary to enhance their reputations and keep consumer dollars flowing in, then these changes could become permanent.

However, I do think the COVID-19 pandemic has created a societal pause and awakening to a number of issues, including racism. Perhaps we are witnessing a societal reset.

In the meantime, brands are always going to follow consumer needs and interests. Whether or not anti-racism is a fad vs. a trend remains to be seen. We will have to see what happens.