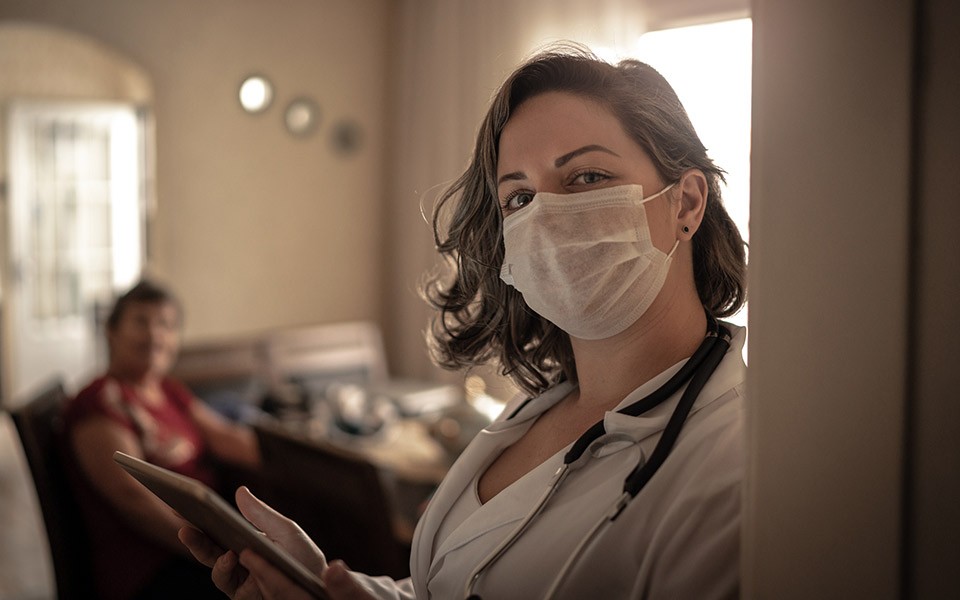 Students interested in medical school are finding a wealth of resources and on-going guidance in Eastern’s pre-health studies track—so much so that 11 alumni eagles entered  med schools around the country this past year.

“Looking through some recent records, I found that 2019 was EMU’s best year for alumni getting into medical schools in at least five years,” Dr. Tom Mast, associate professor of biology and neuroscience and pre-health advisor, said.

Pre-health advising helps undergrads focus on their medical school goals while amassing experiences that will ultimately allow them to submit solid medical school applications. While the average person thinks of “pre-med” as taking lots of science classes and getting straight-A grades, there’s far more to it, Mast said.

The key to coming out on top in that contest, he said, is becoming a well-rounded student: taking courses you need along with courses you enjoy, honing your writing skills, researching the fields of medicine you’re considering and volunteering in a related capacity. Interested in pediatrics? Coach kids’ sports or be a scout leader to see if it’s a fit.

“The main thrust of premed advising at Eastern is advice, mentorship, and helping you make decisions on how to improve yourself.” Mast said. “There is no one thing that will get you into medical school. It’s a holistic process, so I try to do holistic advising—I want you to be a happier, smarter, more dedicated student than when you were 18.”

He notes that while the most common pre-med majors are neuroscience, biology, biochemistry and psychology, a less traditional major alone won’t disqualify a med-school applicant.

“We have a student at U of M med school who was a women’s studies major with a chemistry minor,” Mast said.

Eastern alumni Marilyn Neidermeier and Alec Wroblewski both benefitted from pre-health  advising and are now pursuing medical degrees, Niedermeier at The Ohio State University and Wroblewski at Kent State University’s College of Podiatric Medicine. Both say that EMU’s preparation and guidance were invaluable for them as they moved toward their med-school goals.

“EMU helped teach me the basic core material I needed and provided me with opportunities to develop my leadership skills through various clubs and events,” Niedermeier said. “Eastern also had a lot of guest speakers who talked about different paths I could take, and gave me information I needed to succeed.”

Wroblewski said Eastern provided great preparation for med school and noted that several undergrad classes gave him an advantage once he got there.

“A few of the EMU classes that helped me the most—some of which my current classmates wish they had taken while in undergrad—were embryology, neuroanatomy, biochemistry, medical ethics, genetics, and microbiology,” he said. “If I were to talk to an early pre-med student, I would recommend they take those classes ASAP.”

He also recommends that students looking to pursue a medical field seek out opportunities for undergraduate research.

“Research teaches you how to be a good student while in med school, and as long as you are passionate about what you are researching, medical school interviewers will be impressed, too,” he said.

“Getting involved in research is an absolute must if you’re planning to apply to medical school,” she said. “You’ll be expected to talk in-depth about it, too, so it’s important to choose something that interests you.”

Both alumni say researching potential fields within medicine is important, too. Neidermeier recommends that undergrads shadow practitioners in areas they find interesting and reach out to medical students to find out what it’s really like, and whether it’s a journey they’d enjoy taking. Wroblewski said he’d like to put in a “plug” for podiatry but concedes it’s important to consider all your options.

“The three types of schools for human medicine are MD, DO, and DPM programs, so do plenty of research and decide which program and field best fits you,” he said.

Wroblewski also shared some advice he received from Dr. Mast that put him more at ease about the application process.

“I think every pre-med student needs to hear that they are on their own timeline—there’s no rush to medical school,” he said. It's important to understand that you are studying to become the best doctor you can be, so take all the time you need. If you need a gap year, take it. If you want to get there fast, then go for it. Just don't stress yourself so much that you consider backing out altogether.”