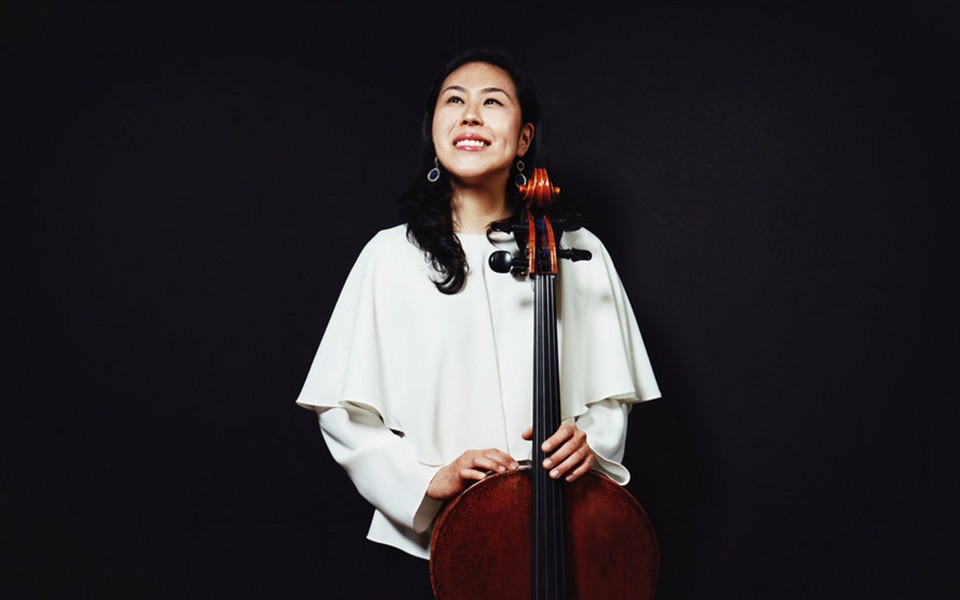 The trio’s debut album “Masterpieces Among Peers,” which features Frank Bridge’s Piano Trio No. 2 and Brahms’ Trio No 1 in B major, was awarded the German Record Critics’ Award / Preis der deutschen Schallplattenkritik in the category of chamber music. The awards are among the most notable music honors in Europe, ranking with the GRAMMY Awards in prestige.

“This is a wow!” said Dana Heller dean of the EMU College of Arts and Sciences. “Please join me in congratulating Deborah on this wonderful recognition of her talents and musicianship.”

Klassik Heute review by Thomas Baack: “A very enjoyable debut CD by a young piano trio, with conclusive interpretations of the trios by Brahms and Bridge on a very appealing level."

Music Voice Italy review by Andrea Bedetti: The trio overflows with vitality and joy … If Misha Namirovsky is always precise in the piano gesture, capable of communicating the exemplary in Brahms, as well as of representing the timbre in the Bridge Trio, both Tessa Lark and Deborah Pae are able to make the best of the two pieces, falling into the shadows and between the lights of both compositions, showing a truly remarkable harmony.”

The honor was particularly appreciated, coming as it did amid the uncertainty and anxiety associated with the COVID-19 pandemic, the trio said in a statement acknowledging the honor.

““We could never have known the release of our album would coincide with the coronavirus outbreak, with so many lives affected throughout the World, including in our own backyards,” the trio said. “We quietly released this album in June 2020 without making any announcements. How completely surprised we were to learn in July that we were nominated for this prize.

“The nomination was a glimmer of positivity, something to remind us that our music was out there and being appreciated while we were trying to make sense of what’s happening around us. The news that we had won the German Record Critics’ Award was met with astonishment and celebration, and it reinforced how much we look forward to making music again, together and in person.”

Pae, who came to Eastern in 2016 has received international acclaim for her powerful performances, uncompromising curiosity for expression and devotion to the arts, according to her EMU faculty web page. She has appeared as a soloist, recitalist, and chamber musician throughout the United States, Europe, Canada, and Asia, at venues such as Carnegie Hall, the Auditorium du Louvre in Paris and Wigmore Hall in London.

She is graduate of the Juilliard School, New England Conservatory, and Associate Artist at the Chapelle Musicale Reine Elisabeth in Belgium, She travels and performs with her trusty companion, a Vincenzo Postiglione cello (c. 1885) from Naples, Italy.

“I am so thrilled to celebrate this honor with my trio colleagues, Tessa and Misha, both of whom are unbelievable musicians and played so beautifully on this album,” Pae said. “Together, we created a recording that captured the essence of who we are as artists, and to receive this award so unexpectedly makes this endeavor that much sweeter.

“I am especially happy to share this honor with EMU, a community that has always been supportive and welcoming of my creative work. Thank you!”